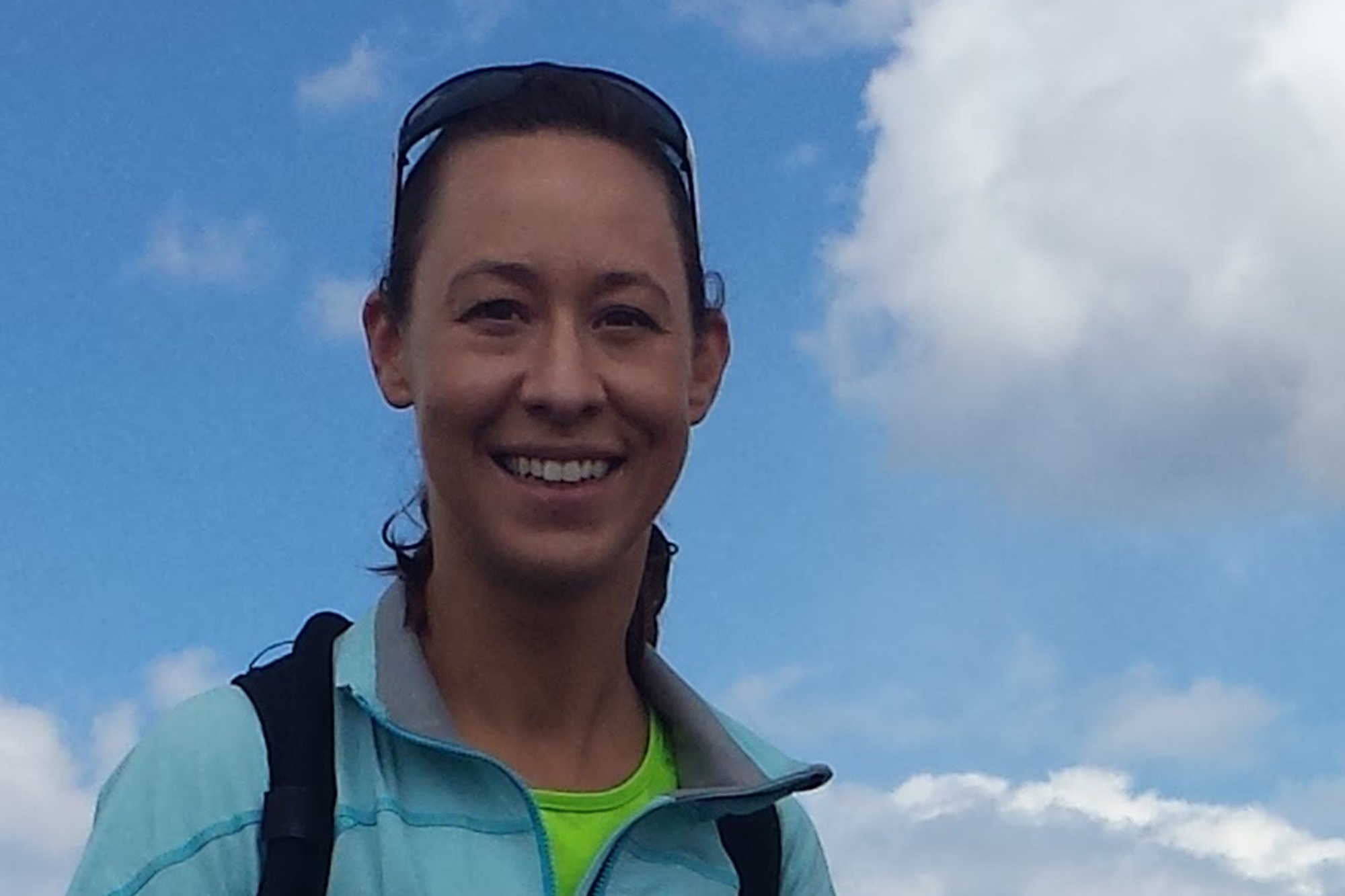 For some, doing scientific research is the be-all and end-all. To be “at the bench” is to enter a daily portal into an expansive world where everything seems possible, as if stepping through the back panel of C.S. Lewis’s wardrobe into the new world of a Narnia.

That isn’t to say that looking empirically at the world through experiments is easy, or painless. In fact, it’s filled with false starts, failed experiments and the frustrations of getting one’s research published. For SBS Research Associate Caralyn Flack, however, it’s the journey of research more than any set destination that trips her trigger.

For Flack that journey started early on . . . but in astronomy and physics, not biology per se. She grew up in Fairbault, Minnesota, in the middle of farm country and where she remembers a cannery was front and center. Her father worked at the post office, her mother as a social worker, so science really wasn’t even on the “radar.”

“I thought I was going to be a pilot and wanted to be an astronaut,” she says, “and I actually got my solo pilot’s license at sixteen, [even] before my driver’s license thanks to the Civil Air Patrol.”

Her fascination with the observable universe inspired her to first major in physics with a minor in space studies. Then at a summer National Science Foundation-sponsored Research Experience for Undergraduates program at University of Wisconsin-Madison the biology and astronomy programs developed a camaraderie during the ethics components. The exchange involved watching together Contact and Gattaca, two films that raise different ethical issues.

“That summer I realized I was just as interested in biology as astronomy [and] I switched from a physics major to a double physics/biology major….”Along the way she published and got a NASA space grant both as an undergraduate at nearby Bemidji State University. During this time she also attended the Lunar and Planetary Science Conference (LPSC). “Back in 2007 astrobiology was still pretty new, and I was so excited to attend the astrobiology sessions at LPSC.”

Between undergraduate and grad school Flack worked as an emergency medical technician and became interested in MRSA (methicillin-resistant S. aureus) after coming into close contact with it in the ER and when transporting several patients with serious infections. From there she did her PhD work on the interactions between S. aureus and the human immune system and was studying a two-component signal transduction system that is involved in regulating the expression of the majority of S. aureus secreted virulence factors.

“It was then that I realized how little we know about how proteins transmit signals across cellular membranes,” she explains. “How do they move? How can small ligand binding energies cause structural changes 200Å away?” she says, referring to the width in angstroms these energies must cross which is 40% of the width of the cell.

“I have loved spending my post-doc years working on the E. coli chemotaxis system,” she says, following with “Sandy is a phenomenal mentor, too.” (In 2019 Parkinson was named to the prestigious Council of the American Association for the Advancement of Science.)

Typically, post docs have a more direct affinity to a lab than they do to the school or department in which the lab is hosted. It helps to share best practices and to network with other post docs through the Utah Postdoctoral Association, but Flack has also found a home in Utah through her hobbies of hiking, skiing and biking, as well as spending time with her husband and two-year-old son. It made sense that when the opportunity surfaced Flack would transition at the bench from post-doc to research associate in the Parkinson lab where she continues today.

“I’m currently involved in investigating the mechanism of transmembrane signal transduction in the E. coli chemotaxis system,” she reports. “I’m trying to understand what structural changes occur in the cytoplasmic signaling domain of the serine chemoreceptor Tsr by making single amino acid substitutions in the receptor, then analyzing its altered signaling behavior.”

“Most people think of the Parkinson lab as a genetics lab. Genetics is a powerful tool that is essential to the way we study signal transduction, but we do a lot of biochemistry and biophysics that I think is a surprise to people.”

One of the main techniques she and her colleagues use to understand signaling behaviors of the receptors they study is a FRET-based in vivo kinase assay. “This assay allows us to look at real-time signaling of transmembrane receptors in living cells over time and under a variety of conditions all in a single experiment. It’s really powerful and is a big reason why I wanted to join the Parkinson lab for my postdoc.” Her work has yielded publications, including two first-author papers (here and here), both in the journal PNAS USA. She is also recipient of the F-32 Ruth L. Kirschstein National Research Service Award.

For Caralyn Flack who will always be enamored with biotech, research in the lab is not only her focus under a scope, but her distant horizon as well. When asked who her hero is she invokes her earlier ambition back in Minnesota with the aviation pioneer and author Amelia Earhart, a woman of courage and vision, fixed on her instruments, making observations but clearly enamored of the accelerating macro view expanding in front of her.

“I love being at the bench.”