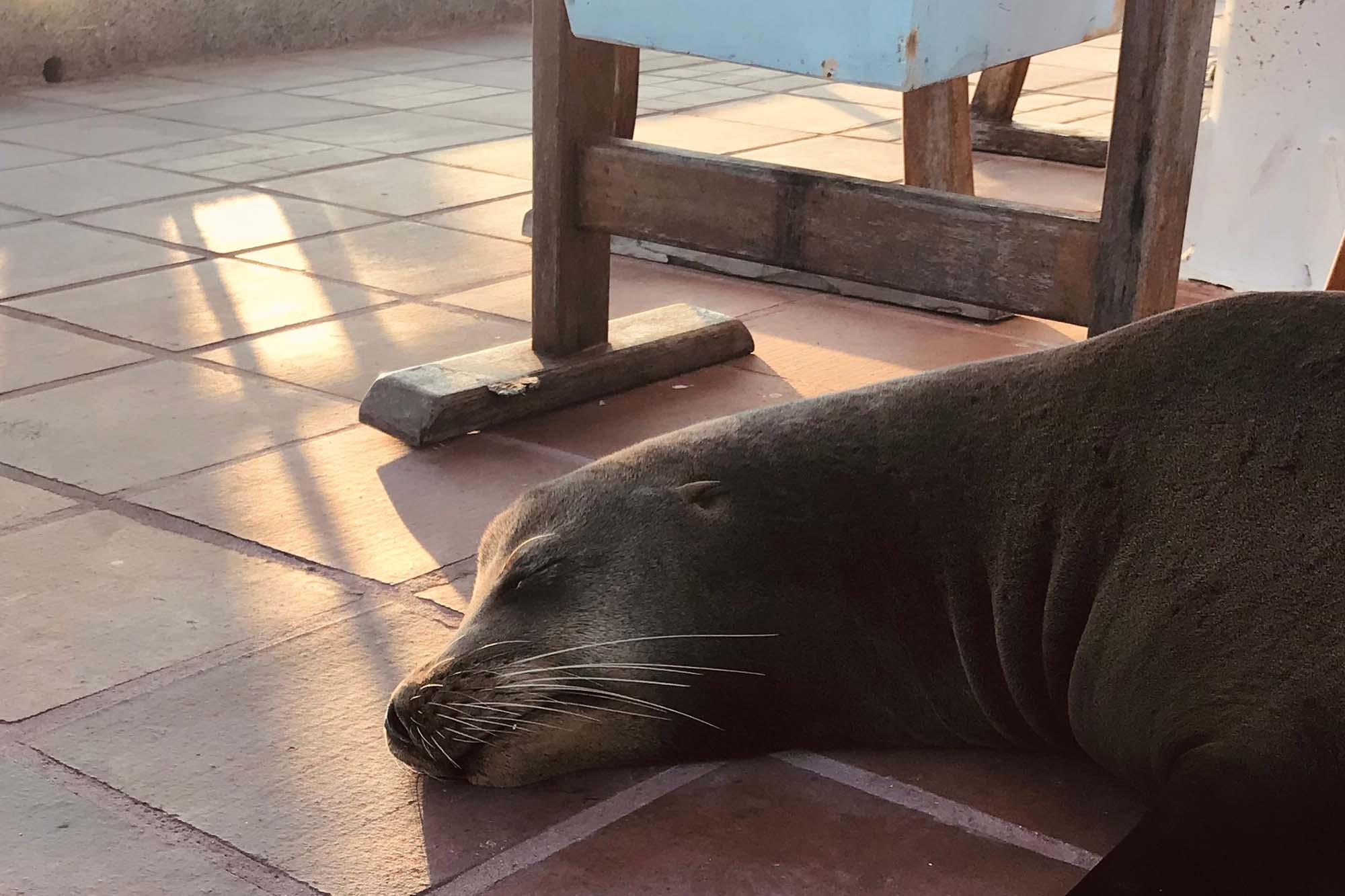 To whom It may concern,
“Nothing could be less inviting than the first appearance [of the Galápagos Islands].” ~Charles Darwin

As surprising as this quote is, I have to agree to some extent with Darwin’s first assessment of the Galápagos Islands. Upon landing off San Cristobal, the dry coast filled with jagged lava rock, and spiny cactus was far from his appealing tropical vision. He wasn’t expecting to find desert plants, and reptiles, but fascinated, he explored the Galápagos where he often found 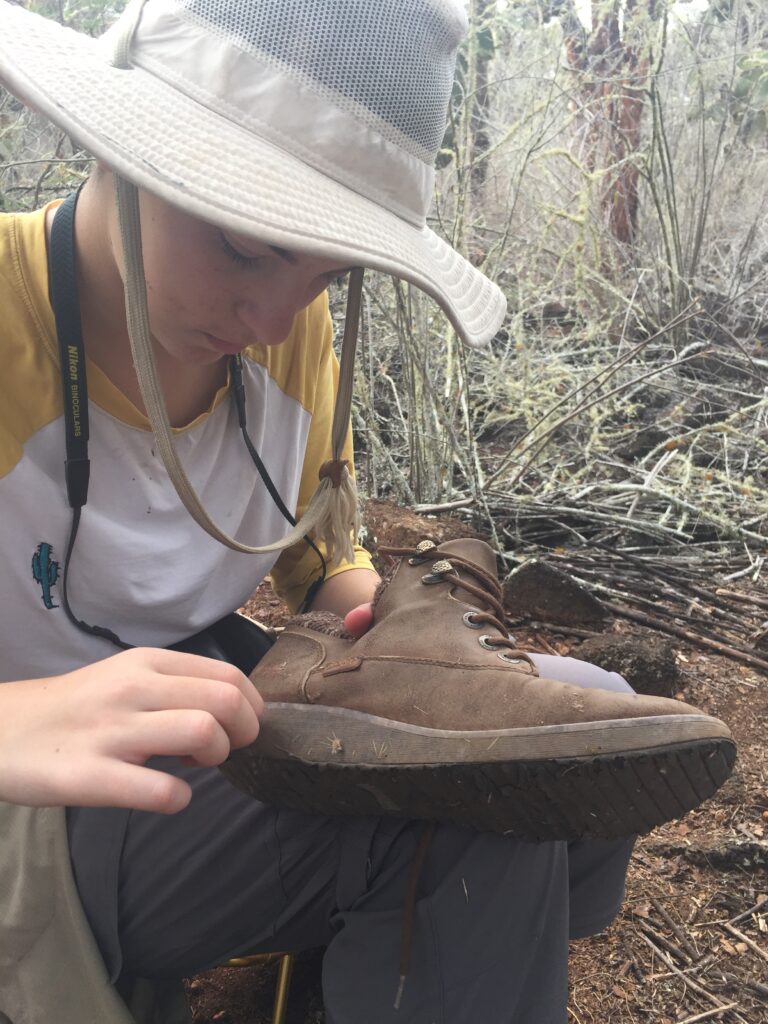 the beauty in these seemingly desolate islands and later described his theory of evolution.

It still hasn’t rained here, leaving the birds un-nested, and the plants looking quite dry. We can’t study Philornis yet while the birds have no nests, so we are moving to behavioral data in the meantime. We use “mist nets” which are like badminton nets made of thin thread to catch birds. The mockingbirds and finches don’t see the net, and fly into it. One of the students untangles the bird, and “processes” it, carefully checking for parasites and measuring its weight, beak, legs, and wings. The bird is given a unique combination of bracelet-like bands for identification, and is let go of unharmed. Later, we can look for the banded mockingbirds and finches, identifying them using their bands, and record their behavior in a smartphone app. 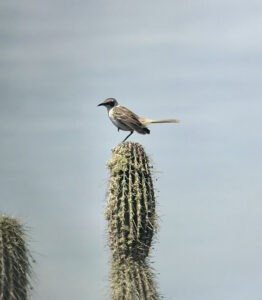 So far, we’ve caught a dozen mockingbirds and several finches. Most days we split up, and part of the group looks for birds and new nests while the other half records behavioral data on banded birds at La Barranca.

We still stay home some days to do homework, and go into the field the rest of the days. Yesterday we went to the dock and painted in the afternoon. Nearly every other bench on the dock was occupied by a sleeping sea lion. Because people only take up a tiny amount of the space in the Galápagos, wildlife populates the rest, and sometimes the people and the wildlife share the space, which means you have to be careful not to step on an iguana or sit too close to a sea lion! Little geckos are all over our walls in the evening, and giant tortoises sit in people’s gardens.

Puerto Ayora isn’t a very big town, so people walk almost everywhere. Some of the main streets are lined with restaurants, and souvenir shops. In the evenings our group usually walks to one of the outdoor kiosks for dinner. We all have lots of fun talking and listening to the loud music from different restaurants. On Friday nights, the main street called “Avenida Charles Darwin” is blocked off so that people can walk in the street and go to the shops.

While the cactus spines in our shoes aren’t ideally tropical, and the dry plants and sharp lava rocks aren’t quite what Darwin expected, the islands intrigued him, and the beauty and diversity of the wildlife amaze us all, just as they did Darwin.

If you are interested in following our expedition, check for new letters each week on the University Webpage, where you can find blog posts, and ask questions.

All photos unless otherwise noted are credited to Nora Clayton.

Read all past letters in the post-loop below or directly through these links: