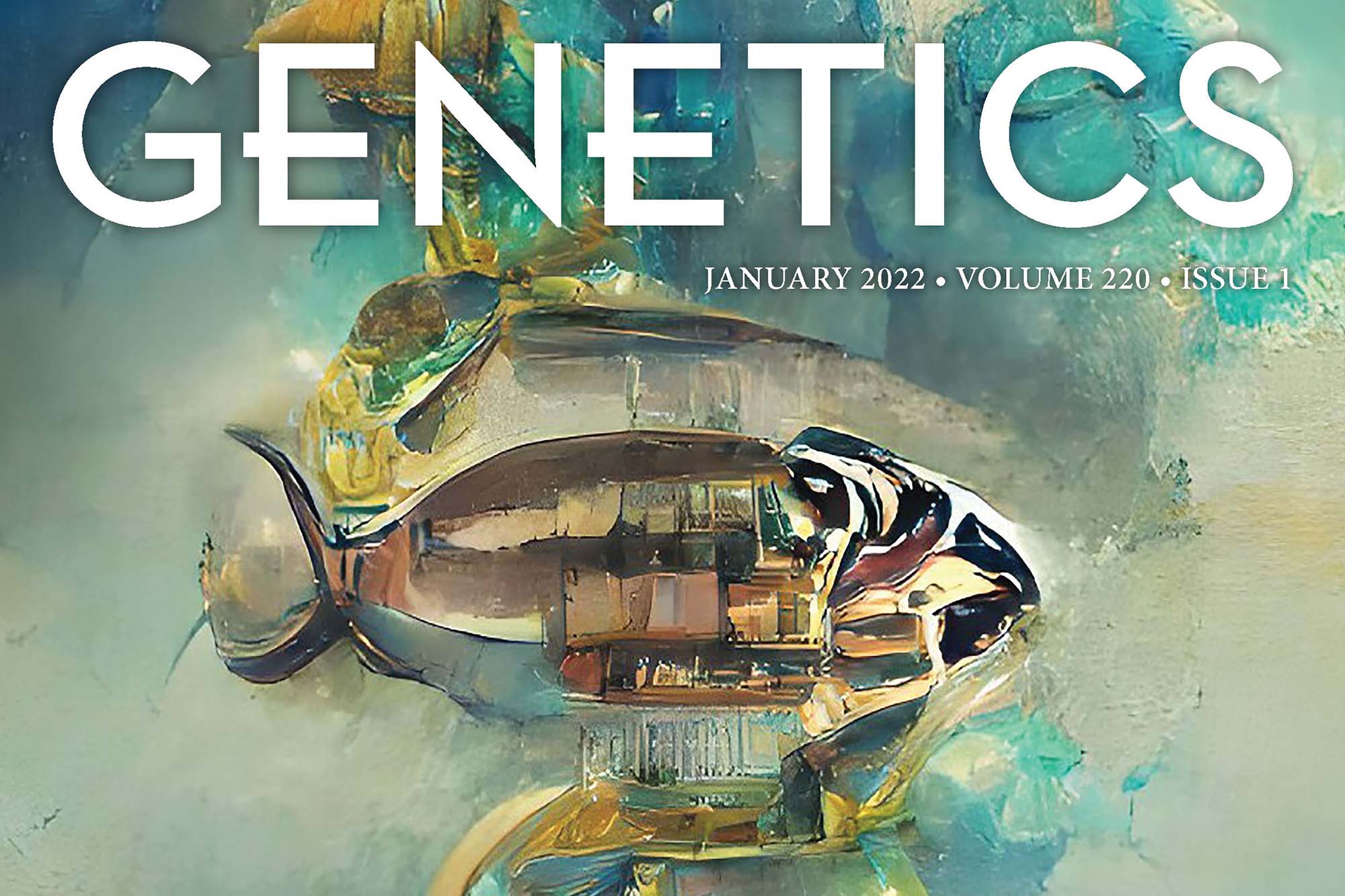 James “Jamie” Gagnon who currently holds the Mario Capecchi Endowed Chair at the School of Biological Sciences understands that embryonic cells “talk” to each other to coordinate the construction process.

“Cells are master linguists – they use dozens of different languages, known as cell signaling pathways, to share information across the embryo,” says Gagnon. “Sometimes cells speak multiple languages simultaneously; sometimes they switch languages. During development, cells are also dividing and moving around the embryo.”  It’s nothing less than a cellular colloquium how humans and other vertebrates develop from a single fertilized egg into adults with trillions of cells.

Deciphering the blueprint for this complex and dynamic construction project is aided by certain genetic editing tools that new research continues to fine-tune and expand to better “listen” to the languages of the embryo recorded into DNA.

“We can recover these records to understand the construction of an adult animal,” says Gagnon, who with several co-authors recently detailed in the journal Genetics the continual exploration and application of emerging genome editing tools in zebrafish.

Why the humble zebrafish? “The power of genetics,” reported Gagnon in a recent profile of his work, “is that zebrafish are now genetically accessible model of all vertebrates, including humans which share 70 percent of genes with fish.” The tiny zebrafish thus offers immense practical advantages over nearly all other vertebrate model organisms as a testbed for genome engineering.

The Genetics article on the expansion of CRISPR-Cas tools titled “Orthogonal CRISPR-Cas tools for genome editing, inhibition, and CRISPR recording in zebrafish embryos” published this month and was largely spearheaded by an undergraduate in the Gagnon lab, Paige R Takasugi. Listed as the first author of the paper, “Paige was one of the first researchers in my lab when I arrived at the U and was referred to me by [another SBS professor] Michael Bastiani. She brainstormed the whole thing.”

Now an MD/PhD Candidate at the University of North Carolina at Chapel Hill, Takasugi, an Idaho native, “built the foundation of the [Gagnon] lab” as a sophomore, says Gagnon. Another co-author who played a critical role early on was Evan Drage who arrived in 2018 and was originally a volunteer in the Martin Horvath lab. Drage became the full-time lab tech at the Gagnon lab.

With the advent of the pandemic in early 2020, it was a challenging time to be doing research of this kind. In fact shortly after the coronavirus went, well . . ., viral, undergraduates were not even allowed in the lab. In spite of this, the team was able to continue building the “Swiss army knife” of CRISPR tools, and to even deploy multiple tools independently of each but at the same time to get at the shape-shifting and complex ways that organisms develop. One of those tools is inhibitors which operate like the sheaths of knife blades that can be turned on and off to better position when and where a particular CRISPR knife is in the embryo. An example of this kind of work is targeting the brain of the zebrafish and adding the sheath only to the non-brain tissue so that the excision will be only in that part of the brain.

This helps the scientist “determine the role of a particular gene in the brain which is mutating more specifically,” says Gagnon. 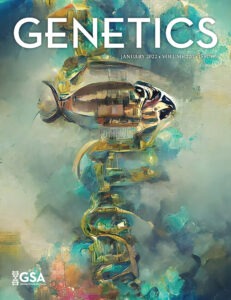 Using an inhibitor to block gene mutation at a certain time and in a certain place in the embryo’s development expands Gagnon and his team’s work
“from only one cell to multiple cells with different fates.”

“It is likely that many more CRISPR-Cas and anti-CRISPR systems can be ported to zebrafish,” according to the paper’s discussion section, “offering further opportunities for targeting and multiplexing. We anticipate that sophisticated genetic strategies enabled by multiplexed CRISPR systems will have a large impact on how we study vertebrate development and model human diseases in other animals.”

In addition to Gagnon and Takasugi other co-authors of the article include SBS’s  Shengzhou Wang, Kimberly T Truong, Sahar N Kanishka, Marissa A Higbee, Nathan Bamidele, Ogooluwa Ojelabi, and Erik J Sontheimer.As an added bonus, artwork inspired by the research graces the cover of the prestigious journal. To create the artwork, keywords from the abstract were fed into a machine learning algorithm to generate a fanciful artwork that evokes, in a way, the lofty potential of animal genome engineering. The image is courtesy of Sheng Wang, WOMBO Dream.