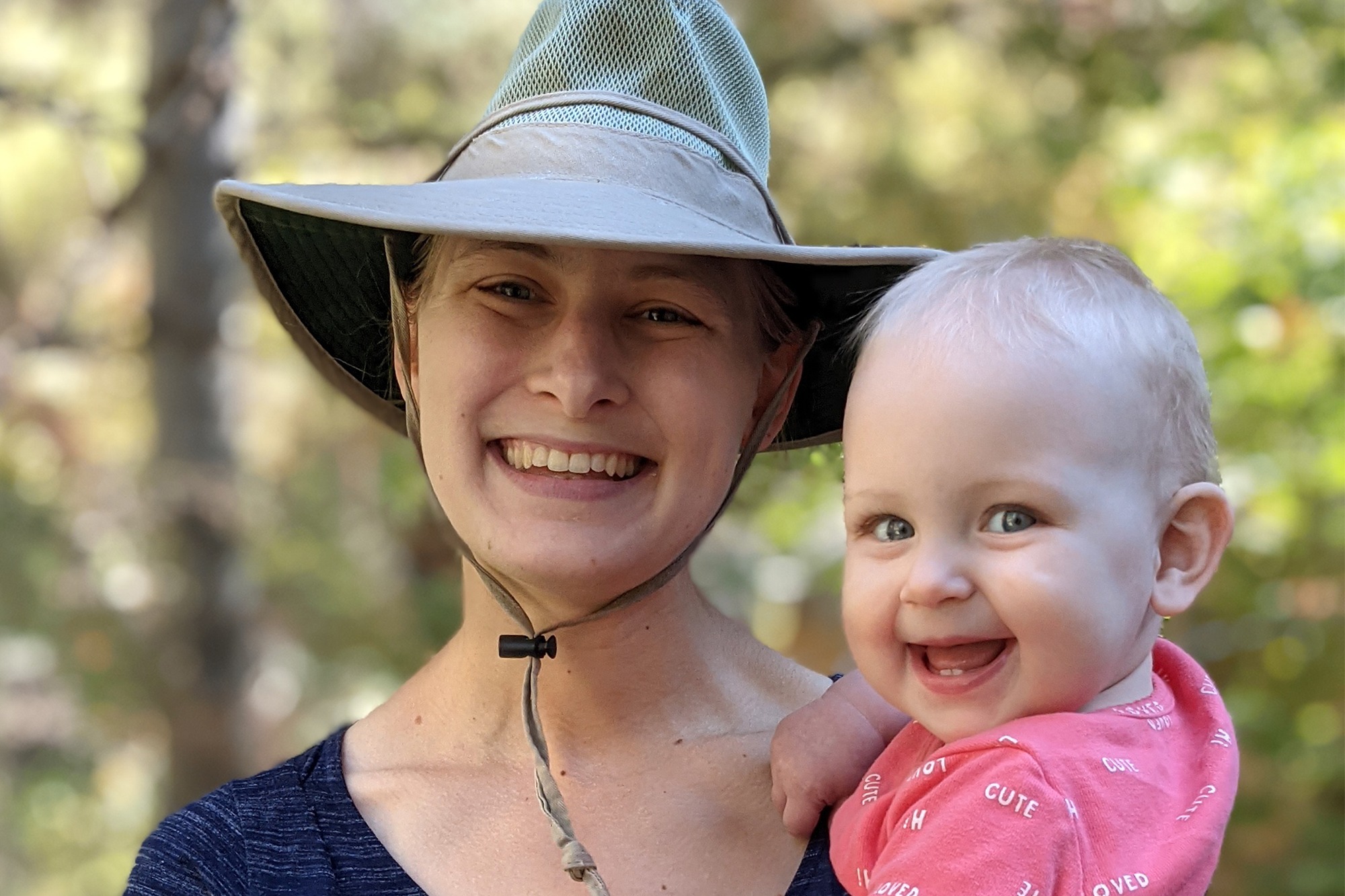 Growing up on a hobby farm in the Pacific Northwest, Shelley Reich developed a keen interest in biology, especially genetics and animal behavior.

She fondly recalls the imprinted ducklings that followed her around the farm, litters of Australian shepherd puppies her family raised, and the acrobatics of newborn calves not even 24-hours old. In addition to serving as an excellent primer on animal behavior, farm life provided an introduction to genetics. Reich  remembers a time during middle school when her family was considering breeding one of their horses. Fascinated by the ability to predict breeding outcomes, she learned the basics of horse coat color genetics and gave a presentation on the topic at school.

As a nerd with a passion for the outdoors, Reich loves the variety of work available to biologists. She has enjoyed a mixture of fieldwork and time at the lab bench while studying glaucous-winged gulls, marine isopods, fruit flies, and nematodes. After finishing her M.S, she worked for an environmental nonprofit in rural Oregon doing a mixture of stream sampling, grant writing, and leading local youth in restoration work on national forest land. She enjoyed the work, but missed the intellectual stimulation of the academic environment.

Now a PhD candidate in Michael Werner’s lab, Reich is studying the genetic regulation of mouth-form plasticity in the nematode Pristionchus pacificus. In contrast to the well-known nematode C. elegans, P. pacificus can develop two different mouth-forms, one of which enables predatory feeding on other nematodes! Mouth-form development is sensitive to environmental cues and the result of an irreversible decision made during late larval development. Reich is studying the genetic regulation of mouth-form development and trying to uncover the molecular mechanisms underlying the development of each mouth-form.

Recently, Reich and her husband welcomed a new member to their family. Juggling her responsibilities as both mother and student provides daily challenges, but she remains grateful for the support she has received from the SBS community and especially her PI, Michael Werner. “I was able to take three months of maternity leave, half of which was paid. Michael provided a space for me to pump at work, has given me flexibility regarding my schedule and the hours I am in lab, and has continued to support me in many other ways.”

When asked about the biggest challenges, the new mother describes the continual colds that her daughter brings home from daycare. “I have had more colds in the past six months than the last five years combined. It can be pretty discouraging, especially when I have to delay an experiment until I get the results back from a Covid test.”

When not in lab, Shelley Reich enjoys hiking in the mountains with her family and dog.

“My goal is to instill in my daughter a deep love for the natural world and to show her that you can be both a caring mother and a passionate scientist,” she says. “Until I came to the U, I had met very few scientists who were also mothers. There is so much pressure to either sacrifice having a family for the career or at very least delay until you reach a secure position, which can mean delaying indefinitely when in pursuit of an academic position. I hope that my story encourages others who want to start a family during graduate school.”

“It is hard, but I have no regrets and am daily inspired by my daughter to be a better person and scientist.”

Want to support our graduate program? Make a donation to the Biology Graduate Fund to ensure student research success.