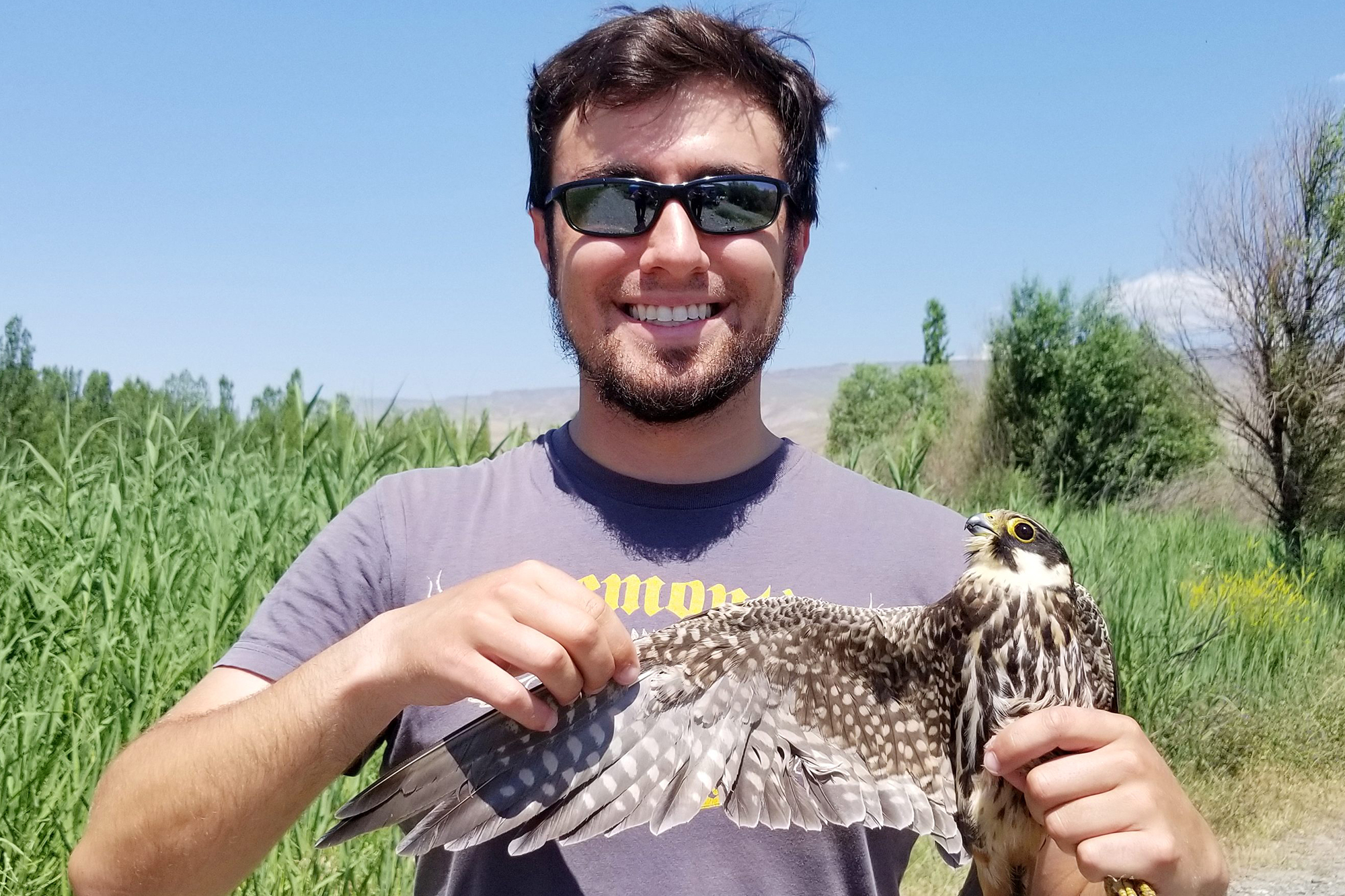 For graduate students, getting research published in a peer-reviewed journal is arguably the gold standard and the kind of academic cachet that can help propel a budding academic and researcher into the stratosphere.

Even one publication is impressive. For Kyle Kittelberger, “pubs” are turning into a regular affair. In this year alone (2021) he’s seen his name, along with others of his colleagues in the Şekercioğlu Lab, on no less than six articles. On five of those, it turns out, he is the lead author, another feather in his cap.

Feathers, of course, are not just a metaphor here, as Kittelberger’s research subject model is birds, an interest that can be traced back to a vacation in the backcountry of Alaska he and his family went on in 2004, when he was ten. “It was during this trip that I became a birdwatcher and developed a burning passion for observing, better understanding, and protecting the natural world.”

Protecting the world in which both humans and birds (and other animals) co-exist is an important ethic in the Şekercioğlu Lab, also known as the Biodiversity and Conservation Ecology Lab.

“My research focus,” says Kittelberger, “is on birds, specifically understanding their migration and movement ecology and how factors such as climate change, wildfires, and habitat degradation are affecting these movements, utilizing tools such as bird banding and satellite transmitters to answer these questions.” Increased banding by researchers, paired with technology like satellite transmitters, have elevated the level of data that can better assess the status of bird populations as well as predict potential interventions for those species threatened by human encroachment including global warming.

Kittelberger’s research spans the globe, including the publication of a multi-year baseline of community characteristics of forest understory birds along an elevational gradient in the Horn of Africa, an important reference baseline in an understudied section of the world that will allow us to evaluate potential changes in the local bird community in the future. In other published studies, he and his lab looked at avian use of agricultural areas as migration stopover sites, as well as analyzing the movements of an Eurasian Thick-Knee (Burhinus oedicnemus) that was fitted with a satellite transmitter in Turkey but perished part way through its journey in Saudi Arabia due to human-caused mortality. The former associates stopover sites with crop management practices, while the latter is the first published study of satellite-tracked migration of Eurasian Thick-knee in the Middle East.

“Birds are one of the most well-studied organisms, but we know very little about the movement ecology of most species,” says Kittelberger. This is particularly true of songbirds, like robins, as GPS transmitter usage is currently limited to birds that are above a certain weight. Needless to say, perhaps, there is much more work to be done using tools, both traditional like banding, as well as new digital technologies recording bird sightings using satellite tags.

And while Kittelberger has not settled on a particular direction after he leaves the UofU, he says he “will continue to focus on research and protecting biodiversity, either in an academic setting or perhaps for the government or a private organization.” It’s an ambition at least in part inspired by his personal hero and friend Brian Bockhahn, a “terrific” field naturalist and wildlife educator working for North Carolina Divison of Parks and Recreation “who has been a great mentor to me and has greatly helped shape the birder, entomologist, and naturalist that I currently am.”

Besides being a serious birder, Kittelberger is very interested in insects, especially dragonflies and hemipteran hoppers, and biodiversity in general. Kittelberger published an important new regional record of the dragonfly Pale-faced Clubskimmer (Brechmorhoga mendax) that he documented while banding birds at the Rio Mesa Field Station in southeastern Utah this past fall. He has also spent the last ten years focusing on learning more about the abundance and diversity of hemipteran hoppers (leafhoppers, treehoppers, planthoppers, and spittlebugs) in his home state of North Carolina.

In fact, he has a created and maintains the Hoppers of North Carolina, an online photographic field guide, records database, and citizen science platform. In fact, Kittelberger is close to publishing a paper that examines the value of citizen science in making important discoveries and helping the entomological community learn more about hoppers in North America, with his NC Hopper Site serving as the backbone for this publication.

Additionally, he enjoys wildlife photography, hiking, camping and skiing as well as coin collecting. The latter is possibly scored by his other interests in heavy metal music, with the group Iron Maiden his favorite band), and movies, particularly Marvel and action films (including his all-time favorite, the Schwarzenegger megahit Terminator2: Judgement Day).

A recipient of a Global Change & Sustainability Center First-Year Graduate Fellowship (2020), this year Kittelberger received a Summer Award for Upper Division and Graduate Students from the Redd Center at BYU and a Tinker Pre-dissertation Field Research Grant from the Center for Latin American Studies.

But it has been the publication of his research in prestigious journals like Ornithological Applications, Zoology in the Middle East, and Frontiers in Ecology and Evolution—and still as a graduate student—that are emblematic of his auspicious future as a researcher and academic that has already taken flight.