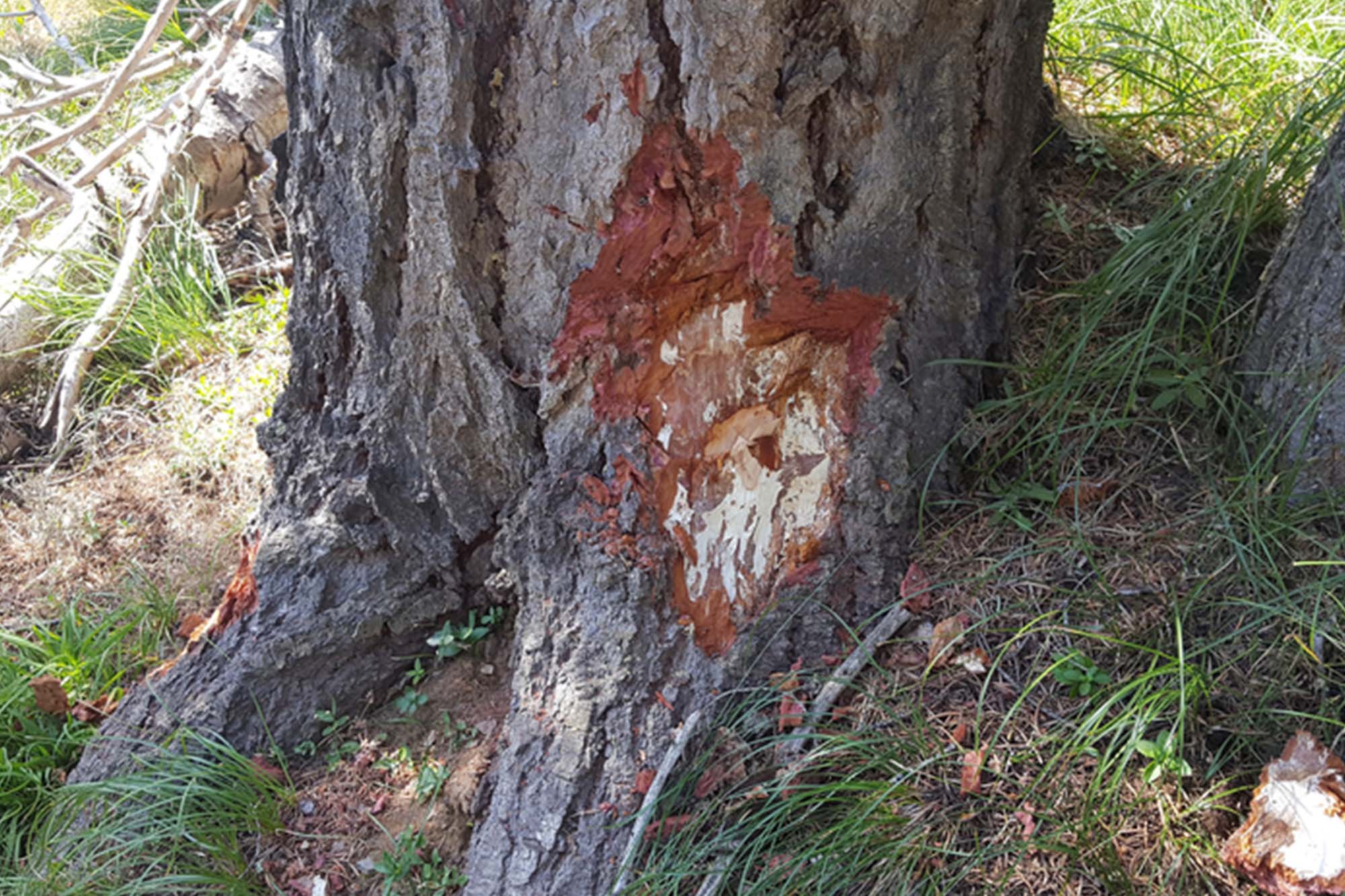 In new paper, co-authored by SBS Professor, engineers discover what makes a tree-killing fungus so hard to put down.

It’s called Armillaria ostoyae, and it’s a gnarly parasitic fungus with long black tentacles that spread out and attack vegetation with the ferocity of a movie monster.

Its cordlike structures called rhizomorphs seek out and attack trees by sucking out their nutrients. They are known to infect and kill over 600 types of woody plants, posing a substantial threat to forests and the agriculture industry. From 2000 to 2002, the fungus alone was responsible for causing $1.5 million damage to Georgia’s peach trees.

Not much was known about what makes the Armillaria ostoyae so hard to kill — until now. A team of researchers led by University of Utah mechanical engineering assistant professor Steven Naleway has been studying the defense mechanism of the tree fungus to better understand what makes it so hearty. Their findings were published in the newest edition of the Journal of the Mechanical Behavior of Biomedical Materials. SBS professor / mycologist Bryn Dentinger is a co-author. Their paper can be read here.

The fungus, which sprouts golden “honey mushrooms” above the surface in the fall, is known to grow just about anywhere. But U researchers pulled samples of it from what may be the largest specimen known, an enormous growth in the Malheur National Forest in eastern Oregon that is 3.5 square miles in size and weighs 35,000 tons. The specimen, known as the “Humongous Fungus,” is possibly the largest living organism on Earth, according to scientists.

The black rhizomorphs use enzymes and pressure to penetrate the root surfaces and under the bark of the trees, said U mechanical engineering doctoral student Debora Lyn Porter, who is the lead author on the paper. Once inside the tree, it leaves a mycelial fan, white branching filaments that cover the insides of the bark like paint, depriving the tree of water and nutrients.

“Once it gets started, it’s very hard to root it out,” Porter says. Farmers, she adds, can keep hacking away at the growing tentacles, but they just keep growing back.

Much of the previous and current research into the species has been focused on its biology and ecology, its lifecycle, its interactions with the environment, and methods of control – which have not worked well in the past. But Naleway’s team wanted to concentrate on the biomechanical structure of the tendrils, or rhizomorphs.

The rhizomorphs have an outer melanized layer that protects the tendrils from chemicals and  mechanical forces. “This outer layer is pretty tough,” says Naleway. “It’s kind of like a tough plastic. For the natural world, it is quite strong.”

They learned that the outer layer of the rhizomorphs is less porous near the surface yet more porous in the inner layer so they can still soak in water and nutrients. Researchers also learned they contain calcium, which can protect itself from the acidic attacks of insects and chemical compounds.

Naleway hopes that farmers, forestry officials and pest control developers armed with this new knowledge can come up with a more effective method for containing this resilient fungus.

“If you’re going to have some kind of human biocontrol, you need to combat this calcium and better penetrate this outer surface,” he says.