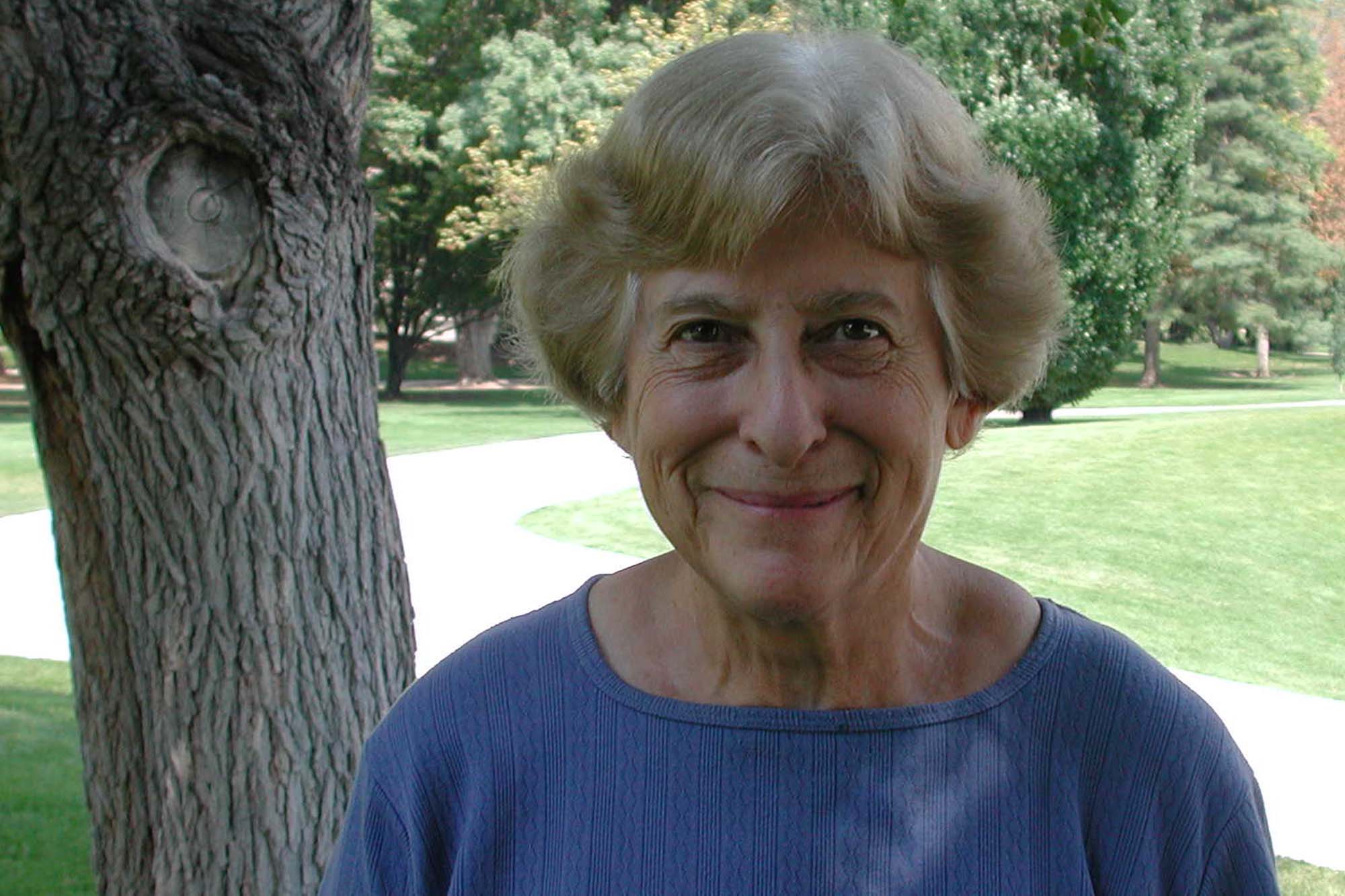 SBS Professor EmeritaNaomi Franklin passed away on December 24, 2021 in Salt Lake City. She was 92.

Colleague Larry Okun, also emeritus, described Franklin as “[a] complex character, stubborn and sometimes irascible on the one hand and extraordinarily caring and generous on the other.” He recalled how she frequently entertained at her home Biology newcomers, or those alone on holidays, particularly new postdoctoral fellows and families, and that she contributed liberally of her energies and funds to a number of good causes about which she was deeply concerned.  “She was also a meticulous scientist,” Okun explained, “for example, uncovering, essentially single-handedly, significant insights about anti-termination in lambda phage that turned out to be of value in studies of HIV.”

Franklin was one of very few women STEM researchers at the University of Utah at the time of her arrival, and she saw U biology transform itself under the leadership of department chair K. Gordon Lark into an academic unit with a strong cellular/molecular focus in tandem with more traditional scientific inquiry and, finally, into the School of Biological Sciences in 2018.

She was also a long-time environmental activist, regularly extolling the essential nature of science to ameliorate or at least manage some of the world’s most intractable problems, including bad air quality in the valley where she lived. In the early 90s she was in vocal opposition to the Dugway Proving Ground’s biological and chemical testing and research which, ironically, was in part the impetus for the building of the Biology building at the U in partnership with Dugway. (The program at the U was abandoned in the 60s.)

“I know I need not tell you about my aunt’s stubbornness. It is legendary,” Franklin’s niece Rachel Dahill-Fuchel wrote after her aunt’s death. “To wit, despite the initial report from the doctor letting us know that once we started ‘comfort care,’ she could live another 12 weeks. Naomi knew better, and had already decided that she would not be returning home, as she knew she could no longer continue to enjoy even a modicum of the independence she valued so highly.” Both Dahill-Fuchel and another niece, Jen Fuchel, were close to their aunt.

Franklin’s salty sometimes even withering way of communicating often came through. Several years ago, her irascibility was on display at researchgate.net, a commercial social networking site for scientists and researchers to share papers, to ask and to answer questions. She posted on the platform, “I have been retired for at least 10 years now, so there are no answers to your questions. My published papers tell all that I know.” (You can access some of that research here.)

Later in a letter to the Salt Lake Tribune editor in 2016, celebrating the majority of faculty senators voting to have the University move away from investments in the fossil fuel industry, she wrote, “Perhaps the contrast between Donald ‘Drill-Baby-Drill’ Trump and ‘Steward-Our-Earth’ Terry Tempest Williams will make the choice clearer to Utahns. We can move away from the muck and towards the clarity of sunlight.”

Many biology staff remember her, even late in life as a professor, arriving on campus to ask for signatures on petitions to advance policies that protected the environment.

The Saturday before Franklin died, Dahill-Fuchel who lives in Manhattan where her aunt also lived for a time recalled walking her dog and visiting with Franklin on her phone “as had become the norm. [S]he accidentally had touched the Facetime button on her phone.  So, I was engaged with her ear.  And then she figured this out, and I was able to take her on a wintry tour of her old familiar neighborhood–the Upper West Side of Manhattan. She giggled, (really, she did…) and she smiled and enjoyed the decorations, and the Museum of Natural History renovation. I promised her I’d be sending her more rye bread and babka from Zabars,” a favorite appetizing gourmet deli store.

Franklin was “surrounded by the loving company of her dear Salt Lake City friends who have been her loyal community for so, so many years,” Dahill-Fuchel further wrote.  “We, who live much farther away,  have been grateful for their constancy and support. As sad as this is, it was also the right time, as she never wanted to live without her sovereignty.  And she handled this, as she has handled so much else, in her way, and on her own timeline.”

Naomi Franklin’s final wishes did not include a funeral. A memorial in Salt Lake City may occur later.

“I’ll even bring the babka,” her niece concluded.