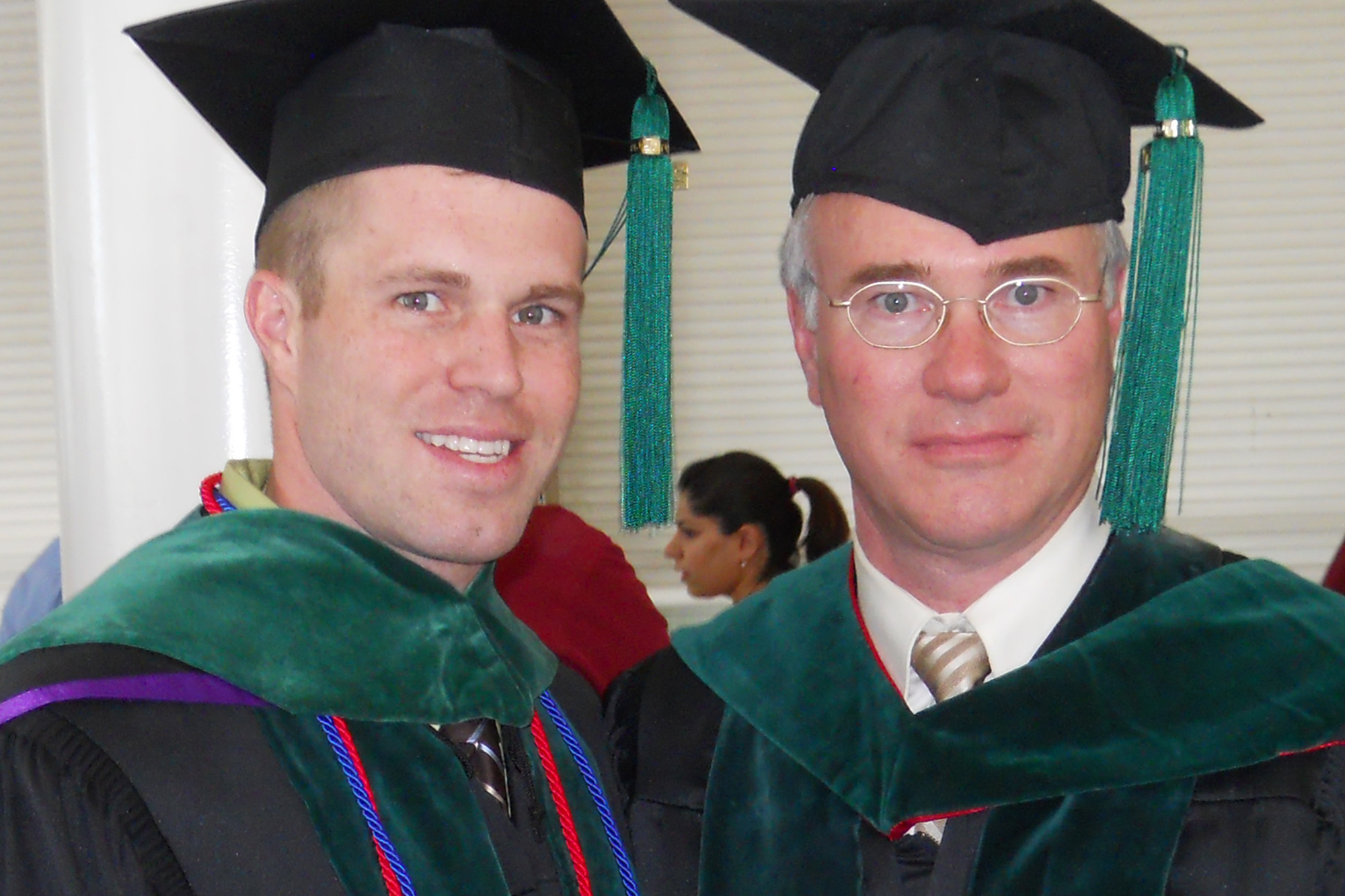 The Department of Biology, now the School of Biological Sciences, was a bit of a boot camp for Ace Madsen and other pre-med students.

The Uinta Basin in the northeast corner of Utah can seem like a ways “out there” near the border of Colorado and one of the most famous dinosaur quarries in the world. In fact as of last month, says  Vernal-based Ace Arthur C. Madsen, BS’79, “it took six months for the pandemic to reach my corner of the state. Now I have two to three patients a week developing Covid-19 or succumbing to it. I believe the mask and hand sanitizer culture is here to stay.”

It’s a sobering reality for a rural and oil-industry region of the state next to some of the most beautiful and remote landscapes in the state, including Flaming Gorge and the Green River drainage as it flows toward its confluence with the Colorado to the south near Moab. But it is home for Dr. Madsen who has raised his family there and is now grandfather to a whopping fifteen grandchildren.

The University of Utah was the place for Madsen to chase his dream of becoming a doctor. Today he is in private practice in internal medicine. As an undergraduate he recalls Richard Van Norman who taught Botany as one of his favorite professors.“ He was friendly, liked to spend one-on-one time with his students and seemed to really care about what we thought and our future plans.”

“My background in basic biological science, biochemistry and molecular biology provided me with a solid background and was invaluable to me in my research activities and medical school.” The Department of Biology, now the School of Biological Sciences, was a bit of a boot camp for him and other pre-med students.

“I am very grateful for the no nonsense approach” of many mentors, he says, including the late Gordon Lark, the late James L. Lords, and emeritus professors William R. Gray and Bob Vickery. Once Madsen had graduated in biology, the rigors of his training continued with the late Dr. Frank Moody and as a research assistant at the U’s Medical School in the departments of Pediatric Neurology with Drs. PF Bray and JT Wu as well as the Department of Surgery with Dr. Layton F. Rikkers, now an emeritus professor of surgery at the University of Wisconsin.

In 1981 Madsen graduated with his MD, receiving the Outstanding Research Award. During that time he secured eight publications and 10 abstracts, predominantly on oncofetal antigens such as carcino embryonic antigen (CEA) and alpha-fetoprotein (AFP). Following his graduation from the U Medical School he completed his residency in 1984 in Internal Medicine at Duke University.

Madsen isn’t the only alumnus in his family from the University of Utah. His wife Zoe graduated in mathematics with a minor in chemistry in 1975, and his son Adam earned his BS in biology in 2006 before following his father’s footsteps to medical school. While at the U, Adam, who was on the football team for the Utes, was named Scholar-Athlete in the Mountain West Athletic Conference in 2004 and was part of the undefeated and Nationally-ranked Tostito’s Fiesta Bowl Champions football team in 2005.

Father (right, in photo above) and son both practice in Vernal.

In addition to his medical practice and his grandfathering, Madsen works in wood and stained glass as hobbies. When asked what advice he would give to current students in the School of Biological Sciences, he is succinct and quick to number what he thinks future graduates from the U should do. 1. “Study hard. It is difficult to get anywhere without good grades. 2. Get involved with research. 3. Get married–best move I made in life.”