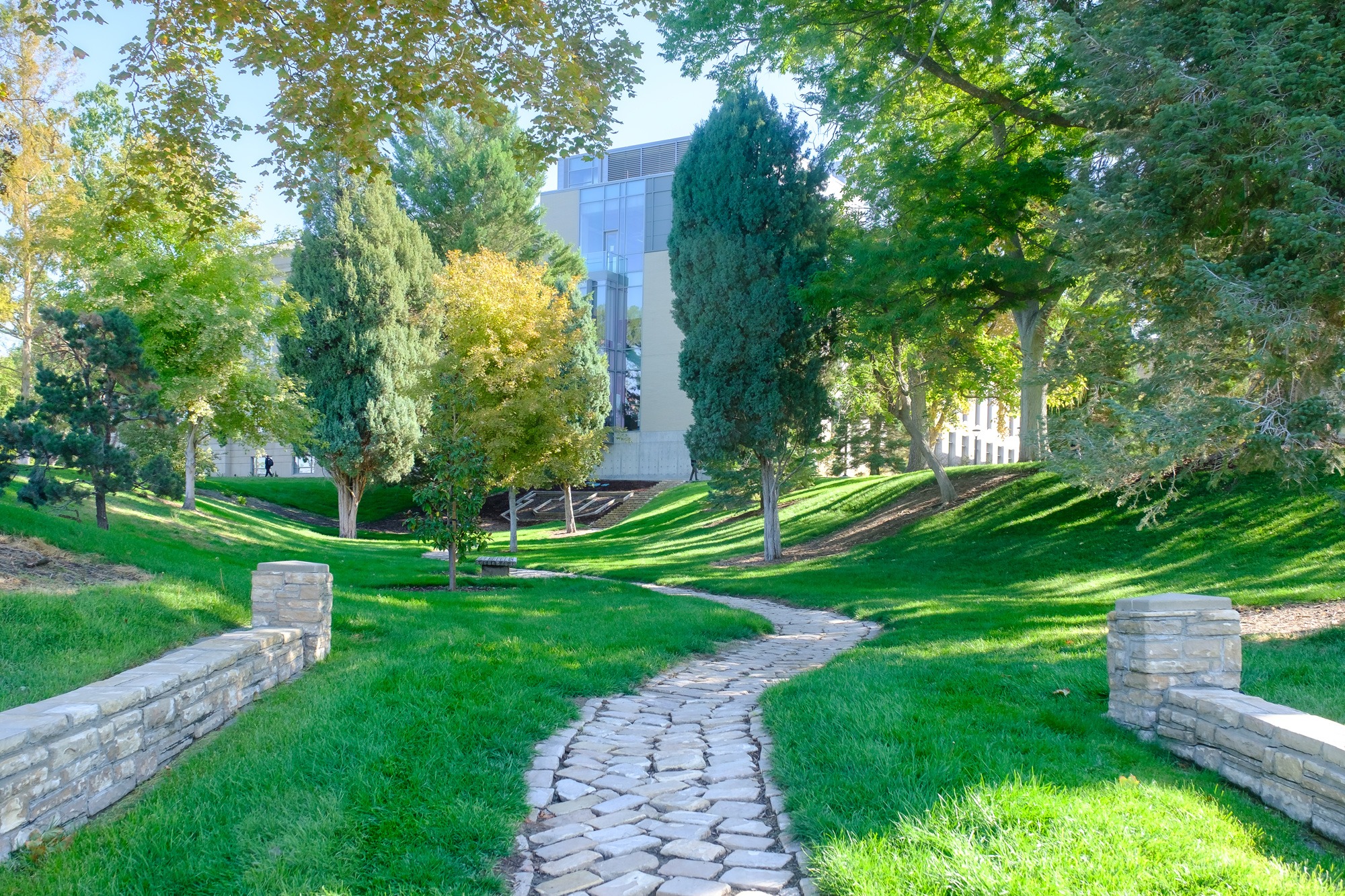 One of the most tranquil spots at the University is Cottam’s Gulch, the small gully that runs behind the Crocker Science Center to University Street.

The grassy, tree-lined area, with its meandering stone pathway and lone bench, is a perfect place to read, meditate, picnic, or enjoy exuberant birdsong.

It’s a place rich in history, too. Miriam Taylor Meads BS’36 and J. Walter “Walt” Woodbury BS’43 MS’47 PhD’50, both children of University professors, grew up in the homes opposite the gully in the 1920s. They remember it as an idyllic playground due, in part, to the abundance of neighbor children from other prominent University families—the Ericksens, Ballifs, Strongs, and Cowleses. With his friends, Woodbury played touch football in the gulch and rode bikes down one steep side and up the other. “We just had a blast,” the retired University physiology professor says.

Meads attended the University from kindergarten through her college training and graduation in elementary education. “In the winter, Cottam’s Gulch was a wonderful sleighing hill — beginning up by the Stewart School and going down to Dean Ericksen’s driveway. The big hill had nice big bumps in it,” she says.

In the 1930s the University proposed filling in the gully. Walter P. “Doc” Cottam, a University botany professor, early ecologist, and 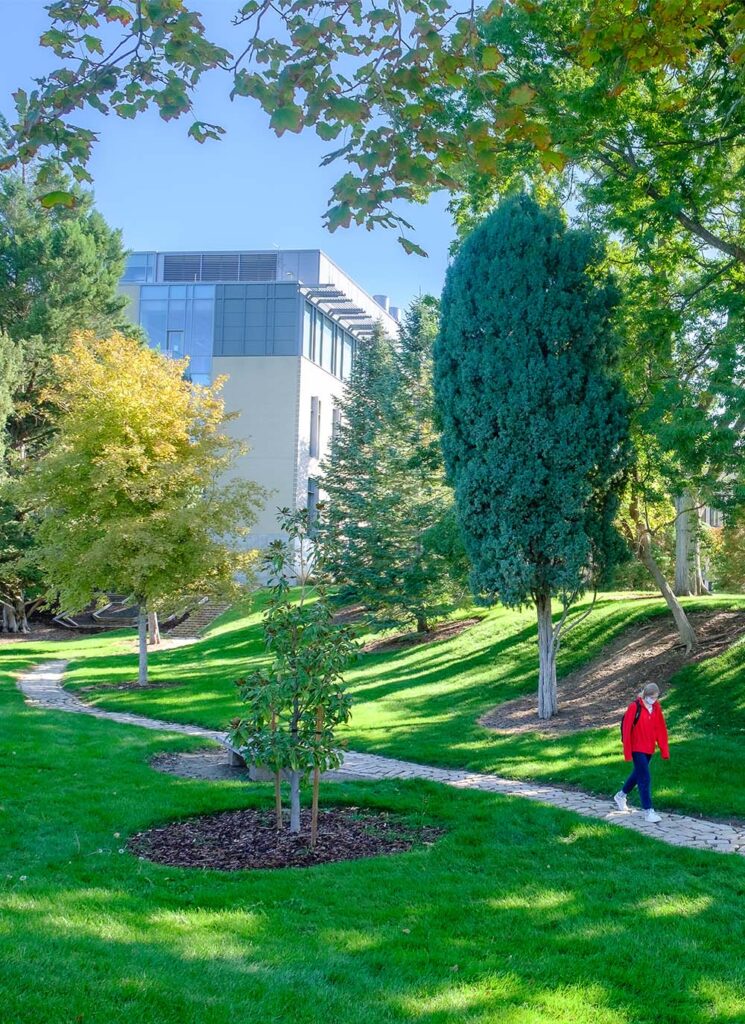 founder of Red Butte Garden, thought the gorge should remain a natural area. He prevailed and subsequently planted native and experimental trees, including a zelkova, a pagoda, a large cottonwood, and a giant sequoia. Clearly, Cottam’s most important contributions are the oaks he hybridized and planted throughout campus. They stand as statues of his research work, and the gulch retains his name.

“Cottam crossed Utah live oaks, found in southern Utah, with our local Gambel oaks to produce hardy oaks that would hold their leaves through the winter,” explains University arborist Ann Williams. “Each fall a man comes to the University to collect acorns from Cottam’s hybridized oaks. He and his family grow them and sell them as ‘Cottam’s oaks.’

For the last 70 years, the gulch has been used for a variety of purposes, ranging from sorority and fraternity parties to a backdrop for the theatre department’s plays. However, it is its historical use as a campus kissing spot that best symbolizes the passion and peace of the place.

A version of this article originally appeared in Continuum, the UofU’s alumni magazine in 2002.

With the announcement in 2021 of the College of Science’s new Multi-disciplinary Science building in a newly-retrofitted Stewart building + a brand new, free-standing wing and plaza west of there, there was some initial concern that nearby Cottam’s Gulch would be forgotten or, worse, somehow paved over. In fact, the historical and beloved gulch will be integrated into the new plans as a tribute to Dr. Cottam, of course, but also to how biology is now integrating with multiple other scientific disciplines.

Happily, the most tranquil campus kissing spot will remain for generations to come.