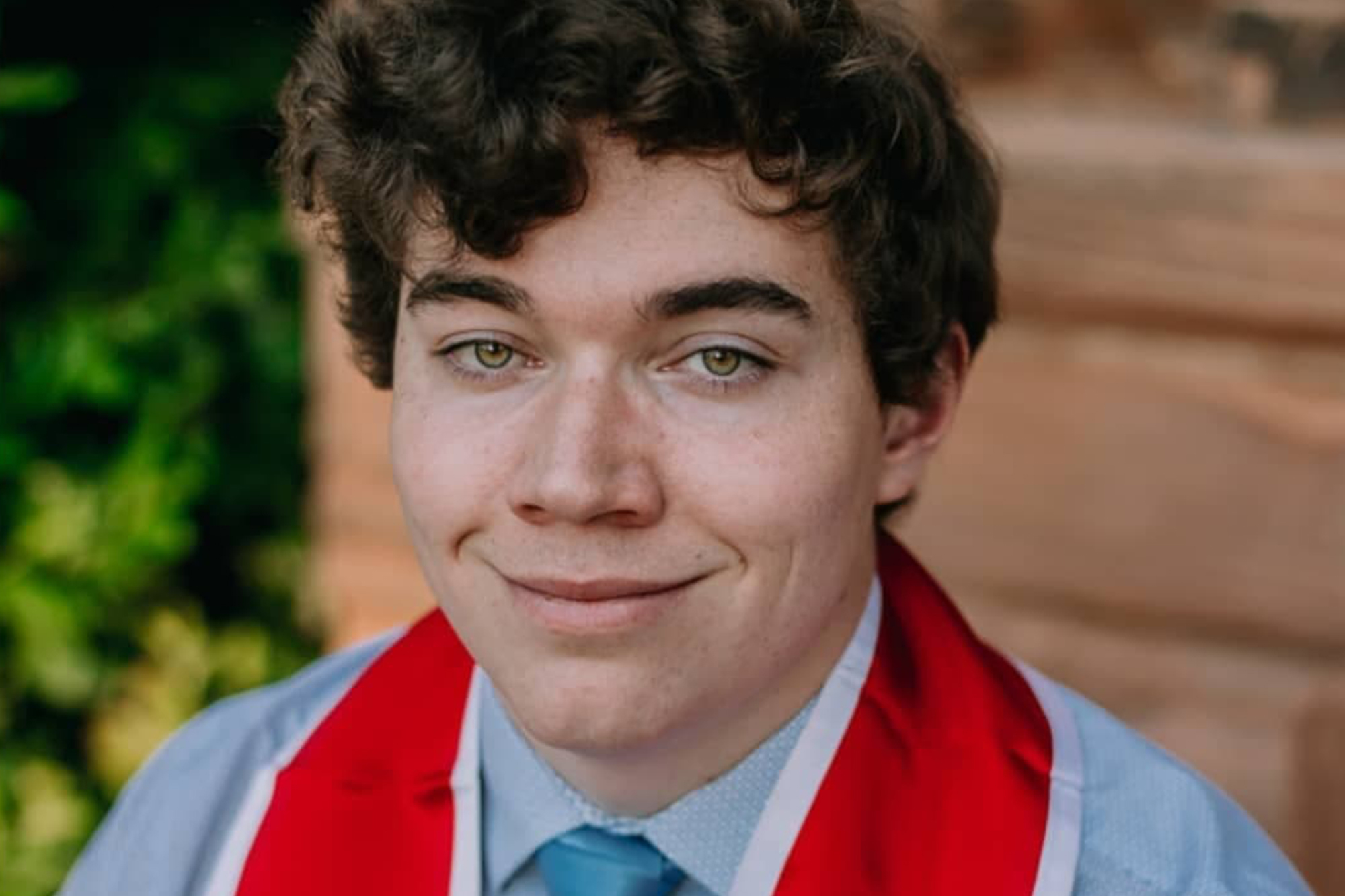 “As a child I always seemed to have an interest in animals,” says Brennan Mahoney, HBS’20, “and  originally  I wanted  to  be  a   veterinarian!”     Fate, however, would intervene for this Sandy, Utah native.

When he was ten years old Mahoney’s father had a massive heart attack in the left anterior descending artery (LAD), what’s colloquially called the “widow-maker” because when it is blocked it often results in the patient’s death. His father survived thanks to the “herculean efforts,” of the medical team.

“The work of the doctors and how they treated my family throughout the period of his recovery,” he says, “… turned my interests in biology towards its applications in the field of medicine.” Mahoney’s father would eventually receive a heart transplant nearly two years to the date of the attack, and Mahoney would later enroll in pre-med at the University of Utah where, when he’s not studying, he enjoys playing the guitar and piano, cooking, hiking, (“This is Utah, of course,” he says) … and following Ute football.

The summer after his freshman year, Mahoney worked toward his certification as a nursing assistant (CNA) so that he could start gaining clinical experience. “I worked as a home health aide in many different contexts,” he explains, “but mostly dealt with people who had neurological disorders or injuries.” It was during this time that he met a client who, prior to his injury, had worked as a researcher, and the experience pushed Mahoney to look for opportunities in a neuroscience lab. At the same time, Mahoney also worked as a tutor at West High School in Salt Lake City.

Enter Sophie Caron, professor in the School of Biological Sciences who at the time held the endowed Mario Capecchi Chair, named after Utah’s Nobel laureate who holds joint appointments in SBS and Human Genetics at the U. Caron’s lab studies multisensory integration (MI), a process by which brains integrate sensory information into a comprehensive picture of their environment.

“For the study of this,” reports Mahoney who graduated with honors last summer but continues working in the Caron lab as a technician, we “used a brain area known as the mushroom body of [the fruit fly] D. melanogaster as a model.” The Caron team characterized the connection of neurons from multiple sensory modalities using a technique known as GFP reconstitution across synaptic partners or GRASP for short. “With knowledge of the patterns underlining MI, this logic could be applied to more complex brains,” says Mahoney, including, potentially, the human brain.

The research culminated in a first publication for Mahoney and his undergraduate colleague Miles Jacob, also credited as a co-author. The article, which made the cover of the journal Cell Reports highlights fundamental differences in the way associate brain centers, notably the mushroom body, integrate sensory information and converge in higher order brain centers. The findings are built  on previous work from the Caron lab that described a pathway conveying visual information from the medulla to the ventral accessary calyx of the mushroom body. “[O]ur study,” reads the article abstract, “defines a second, parallel pathway that is anatomically poised to convey information from the visual system to the dorsal accessary calyx.”

It is these kinds of scientific findings that inspire a young researcher like Brennan Mahoney to keep going. His ambition, in fact, is to apply to an MD/PhD program where he can continue in research that can help health professionals practice the good work that he witnessed first-hand when his father was singularly under their care.

“The efforts of my father’s medical team allowed him to live so that he could continue to raise me and my two brothers and continue to live a happy and full life to this day. I hope to be able to help people in that same capacity, be it through direct patient care or through the findings of my future research.”

The School of Biological Sciences regularly grants the Research Scholar Award to deserving undergraduate researchers like Brennan Mahoney. You can support these scholarships through a donation here.