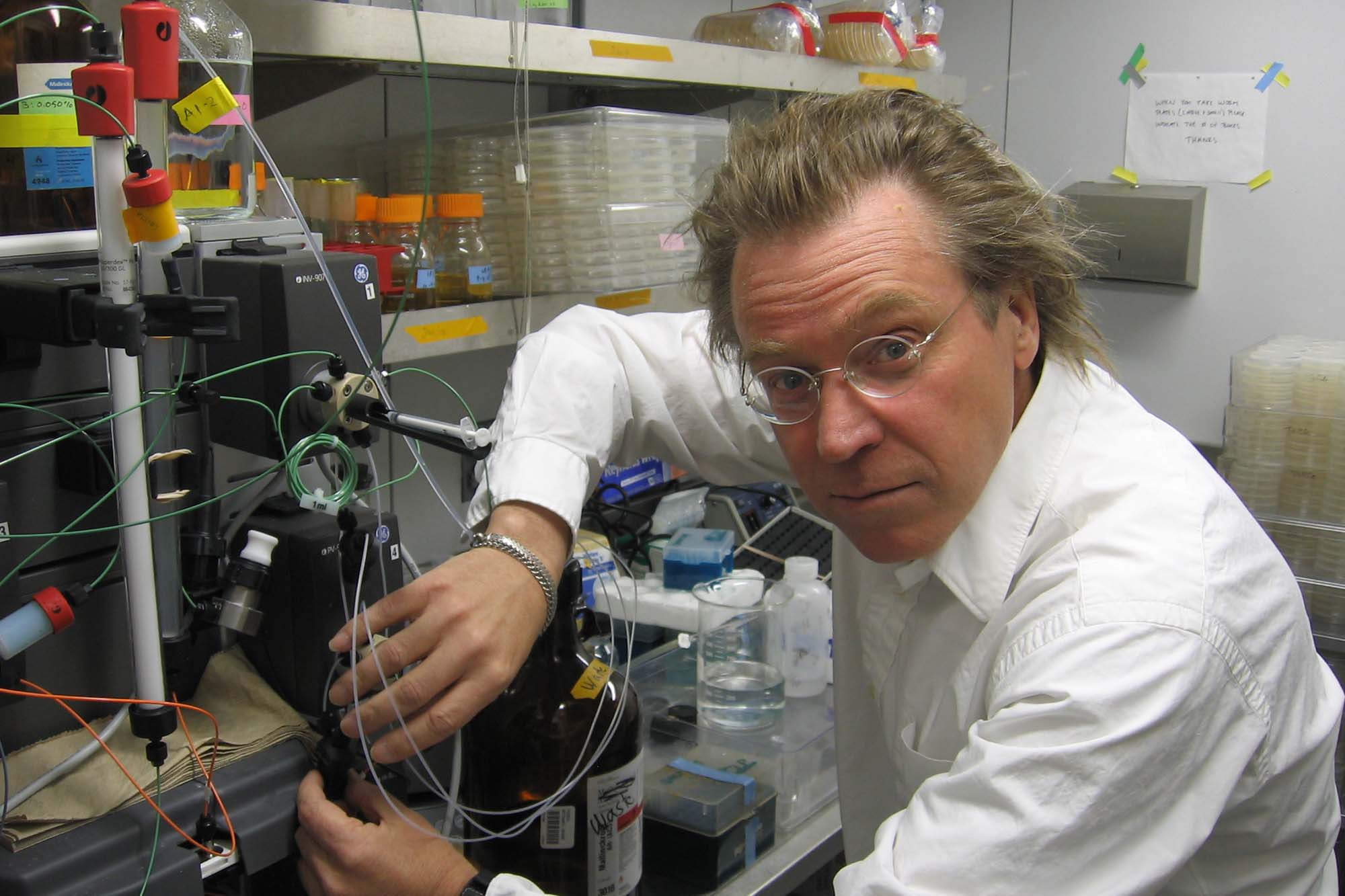 When explaining his work, Erik Jorgensen, a geneticist who studies the synapse, can transport you to an almost galactic place–the observable universe of the brain.

“Synapses are contacts between nerve cells in your brain,” says the School of Biological Sciences’ distinguished professor and Howard Hughes Medical Institute Investigator who May 3, 2022 was elected to the National Academy of Sciences (NAS). Valeria Molinero, distinguished professor and Jack and Peg Simons Endowed Professor of Theoretical Chemistry at the University of Utah, was also elected to 2022 membership.

“You have trillions of them. Think of all the stars you can see on a moonless night on Bald Mountain,” he continues, referring to the 11,949-foot peak in the nearby Uinta Mountains. ‘Multiply that by 100 billion. I will give you a few minutes to do the calculation. …That’s how many synapses you have – the brain can hold and process a lot of information with all of those synapses. Your grandmother lives there.” Scientists want to know how synapses work, says Jorgensen, “understand how they change to store a memory, and how they become corrupted when we forget, or why they die as we pass into dementia.”

As of 2020, Jorgensen has been a collaborator in the National Science Foundation-funded Neuronex 2 Project, and he knows what it takes to understand these elusive, minute gaps between nerve cells. “We need to be able to see them,” he says, “to study their architecture, and track the proteins in the synapse. How can we do that? It ends up that light is too big to see the structure of a synapse. Light is made of photons, and photons are–well, too light–they have no mass; they vibrate too much to detect objects smaller than their vibrations. That is why we use a different subatomic particle-an electron-to visualize the structure of the synapse. We use electron microscopes.”

Along with Jorgensen, the international consortium includes scientists at the University of Texas in Austin and the UofU’s Bryan Jones who studies neural connections in the retina at the Moran Eye Center’s Marclab for Connectomics. The four interdisciplinary teams share reagents, methods and data to work together to characterize the formation of synapses, their function and their decline using electron microscopes.

“Biology is experiencing a great expansion in electron microscopy,” says Jorgensen,”because of some quite amazing improvements in the capabilities of electron microscopes. We can move in closer-advancements in resolution allow us to determine the atomic structure of protein complexes. Or we can stand back to see vast fields of synapses and their interconnections.

“The University of Utah and its leadership have invested in these new technologies, and we have become a leading institution in the world exploring this new terrain of biology.” Jorgensen and Jones are part of a collection of teams receiving more than $50 million over five years as part of the NSF’s Next Generation Networks for Neuroscience program (NeuroNex). A total of 70 researchers, representing four countries, will investigate aspects of how brains work and interact with the environment around them.

Erik Jorgensen’s election to the NAS, arguably the most prestigious award of its kind, speaks to the kind of mind-blowing inquiry into neurology he’s known for. It also validates Jorgensen’s inner galactic allusion to locating where your grandmother suffering from severe dementia lives along with “your childhood friends, embarrassment, fear, love, and hate.”

By David Pace
A portion of this article originally appeared in @TheU authored by Paul Gabrielsen.
Read the UofU’s formal announcement here.