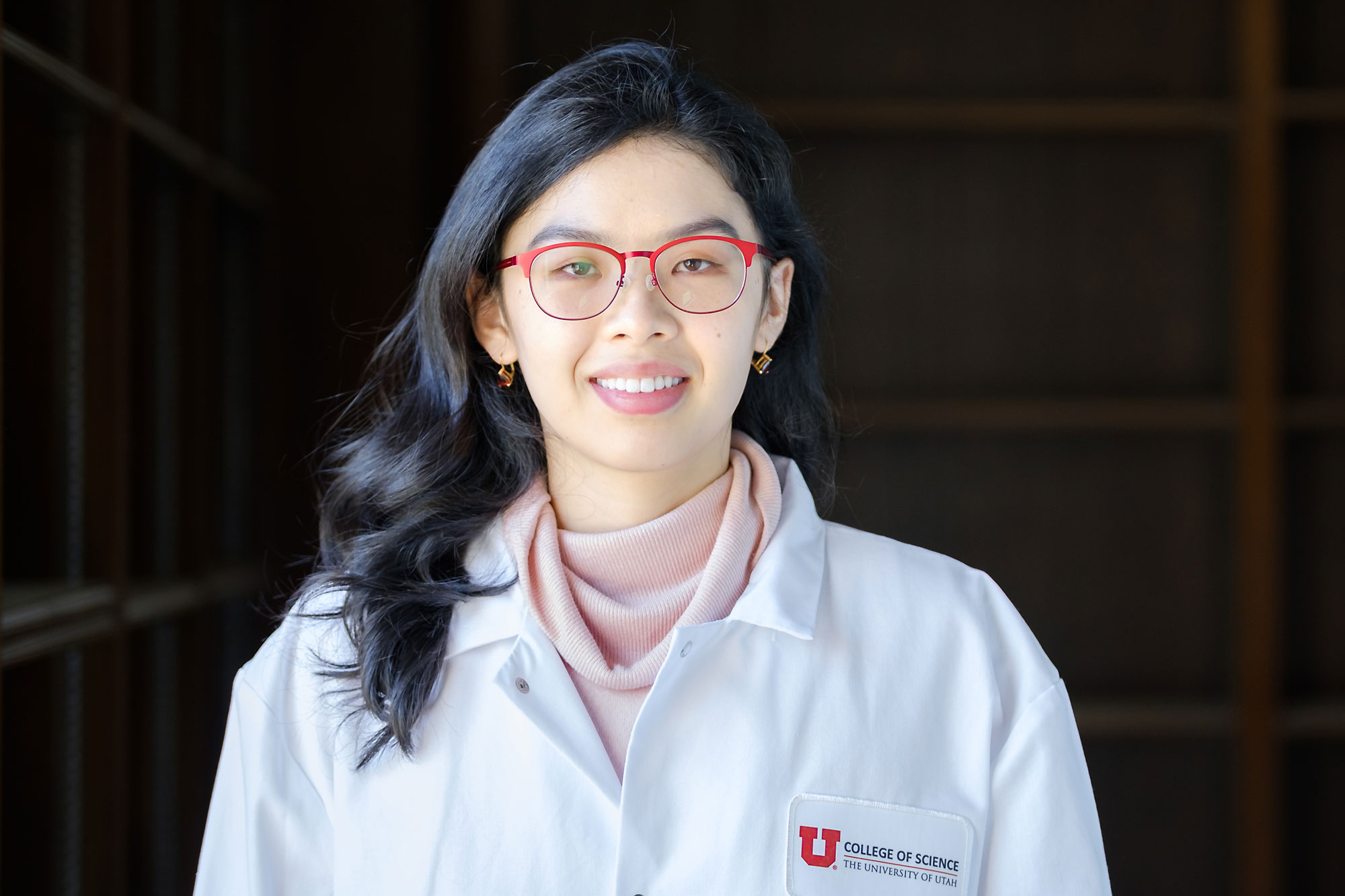 Every student’s story is one-of-a-kind, and Ana Rosas’ is no exception.

Rosas’ desire to become a doctor was deeply personal. She recalls her grandmother dying just one month after being diagnosed with untreatable and advanced liver cancer. “During my grieving, I thought about what, if anything, could have been done to prolong” her grandmother’s life. Was the late diagnosis due to her grandmother’s Hispanic heritage? Her community’s mistrust of physicians? Socio-economic barriers? “Though I was provided with encouragements,” she wrote in her recent application to medical school, including from select teachers at local Cottonwood High School, “I was also independently driven to learn and become equipped with tools needed to one day give back to my community.”

Ana arrived as a one-year-old in the United States with her mother and aunt, both of whom had been doctors in their native Colombia. But neither woman was eligible to practice medicine in the U.S. Instead, these two single mothers focused on raising their children. Being in a country that unexpectedly eliminated her career did not keep Ana’s mother from sharing her expertise. Rosas remembers her mother conducting a hands-on anatomy class with a pig’s head on the dining room table, even introducing surgical procedures.

At the University of Utah as a biology major intent on going to medical school, Rosas quickly realized that she didn’t have the same resources or opportunities, finding that she was on her own to navigate, for example, finding a lab to do research. She didn’t know anyone in the health sciences. Seventy emails later she landed in Dr. Albert Park’s lab at Primary Children’s Hospital in Salt Lake City where she worked with her team to better remove laryngeal cysts in infants. The learning curve was steep: literature reviews, in-text citations, and continually managing her share of “imposter syndrome” that started as early as high school where she was a minority. Her work with Park resulted in her presenting a poster at a national Otolaryngology meeting and a first authorship in a related prestigious international journal. “I have not had many undergraduates achieve so much in such a short time,” Park says of Rosas.

Now a senior at the School of Biological Sciences, Rosas has been busy working in not one but two labs. With Kelly Hughes she works with bacteria, specifically Salmonella, and focuses on identifying the secretion signal for a regulatory protein that is required for proper flagellar formation. “I mutagenize the protein,” she says, “by incorporating random amino acid substitutions at each amino acid position of the protein.” Along the way she looks for colonies that are defective. “This way I can send those colonies for sequencing and obtain data that can tell what amino acids are essential for the proper secretion of the protein” under study.

Her second lab experience with Robert C. Welsh in the School of Medicine’s Department of Psychiatry brings Rosas’ career ambitions back full circle to her heritage and her desire to give back to her community, which is often under-served by the medical profession and under-represented in institutions of higher learning. Using imaging equipment, she and her colleagues are developing a diagnostic and prognostic tool to determine where ALS (Alzheimer’s) patients are in the progression of the disease. Related to that is lab work of another kind. In the “engagement studio” at University Neuropsychiatric Institute (UNI) she is gathering feedback from minority groups to see what obstacles—from language barriers to mistrust of medical authorities–impact their participation in research. “We want to figure out what researchers can do to encourage their cooperation,” she says.

At the same time, while demonstrating that she’s not only successfully balancing on that once precipitous learning curve, Rosas has demonstrated that she’s clearly ahead of it. Currently she is treasurer of the InSTEM group on campus and has helped initiate the new Health Sciences LEAP program which does science outreach in high schools. “I want to help minorities like me,” says Rosas, “better navigate college for the first few years.”  Tanya Vickers who directs the ACCESS program for the College of Science, is most certain she will do exactly that, referring to Rosas as a “remarkable young woman.”

Rosas has indeed come a long way from anatomy lessons on her mother’s kitchen table. Applying to medical schools has provided the chance to reflect on her journey and, considering the barriers and uncertainty she first felt, that journey has proven to be an auspicious one.