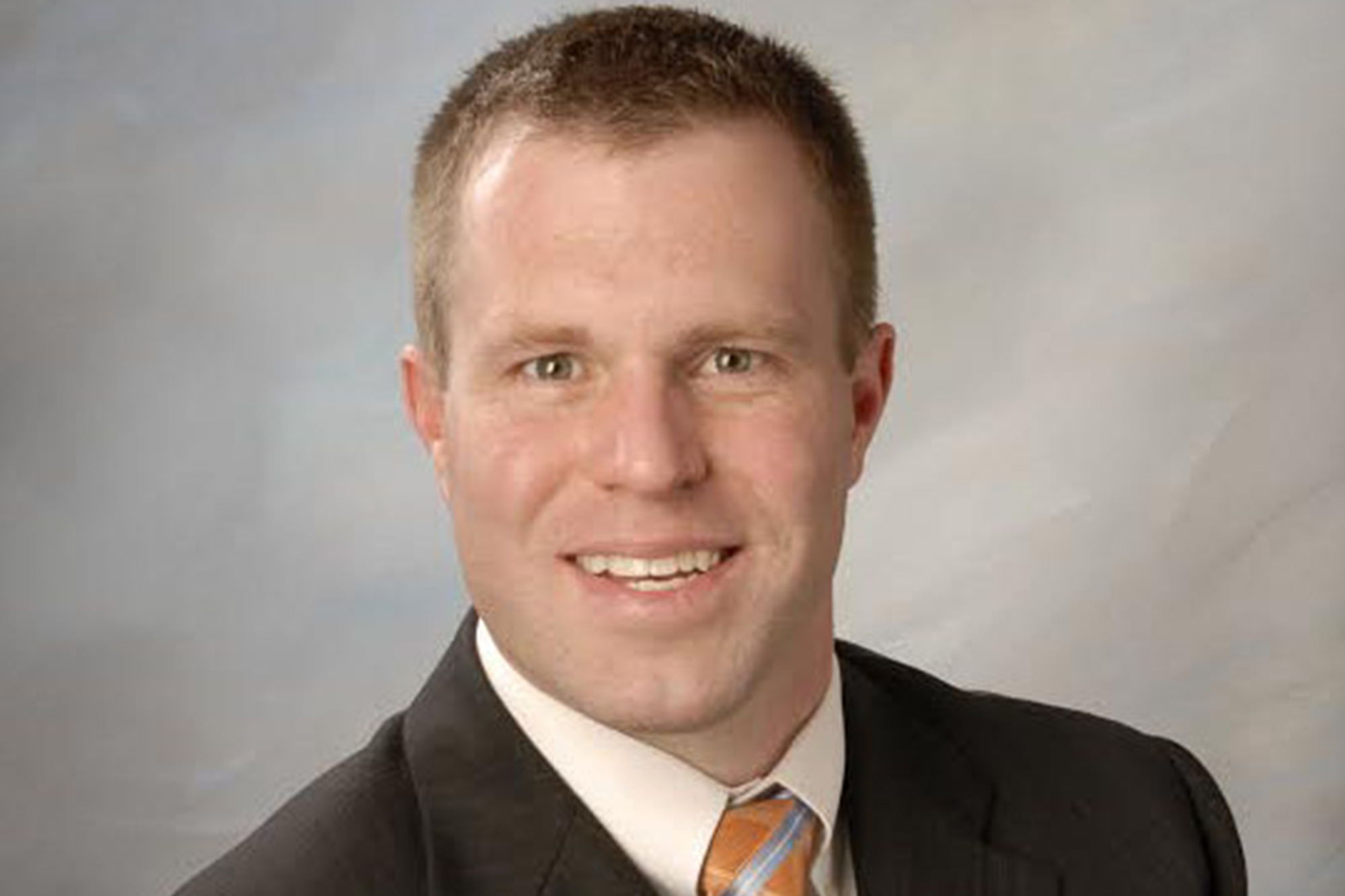 Adam Madsen, BA’06 in Biology, was the quintessential student-athlete.

To be a student-athlete requires extraordinary talent on the field and in the classroom. This is particularly true with science degrees due to the rigorous curriculum.

Madsen grew up in the Uinta Basin area, living in both Roosevelt and Vernal, two small farming towns in northeastern Utah.

He graduated Valedictorian from Uintah High School, in Vernal, and excelled not just in academics but also in athletics. He was named Academic All-State in football, baseball, and basketball. In baseball, he was named Utah 3A State MVP, Region X MVP, and USA TODAY– Honorable Mention All-American. In football, he made All-State as quarterback, Region X MVP, National Football Foundation and College Hall of Fame Scholar-Athlete Award, and was USA TODAY– Honorable Mention All-American.

He earned an Associate of Science degree at Dixie, then transferred to the University of Utah to play quarterback for coach Urban Meyer and the Utah Utes. At Utah, he was named Scholar-Athlete in the Mountain West Athletic Conference in 2004 and was part of the undefeated and Nationally-ranked Tostito’s Fiesta Bowl Champions football team in 2005.

“I was a Pre-Med student at the time and in considering options, Utah was the best place to further my medical career pursuit and play football,” says Madsen. “The U had a strong reputation in my family, having grown up in Utah and having my mother and father both graduate from the College of Science in the 1970s,” says Madsen.

“Being a student-athlete had several challenges. Football was basically a full-time job as far as hours per week it consumed,” says Madsen. “Weekends were mostly focused on football time as well. It wasn’t easy to juggle classes and make ends meet with football’s schedule.”

For Madsen to enroll in some upper-division biochemistry classes, he had to get special permission from team coaches, including Urban Meyer, since he would miss parts of team meetings during the week.

“On a typical day, I would have classes in the morning then have football practice from about 1 o’clock to 7 o’clock, then go directly to the Marriott library where I would stay until 11 o’clock or midnight,” says Madsen. “However, I would not trade my experience of playing football for anything! I learned so many valuable life lessons and made so many life friendships with players and coaches.”

At the U, Madsen’s favorite professor was Charles “Chuck” Grissom, a chemistry teacher who taught many of the upper-division biochemistry classes.

“Grissom was available to discuss and answer questions, even with huge class sizes. Also, he showed he cared about students on an individual level,” says Madsen.

“I remember the Monday in class just after our Utah football team got the Fiesta Bowl bid, he brought bags of Tostito’s chips and let me help throw them out to the class. This was a small and simple thing but helped keep us engaged in his teaching.”

After graduating from the U, Madsen attended medical school at Des Moines University College of Osteopathic Medicine, in Iowa, and completed an Orthopedic Surgery Internship and Residency at Ohio University Doctors Hospital, in Columbus, Ohio.

“My primary goal is to provide excellent orthopedic patient care to the people of this small-town community.” says Madsen.

His patients often include young student-athletes – much like himself at that age – who are striving to excel in the classroom and on the field.