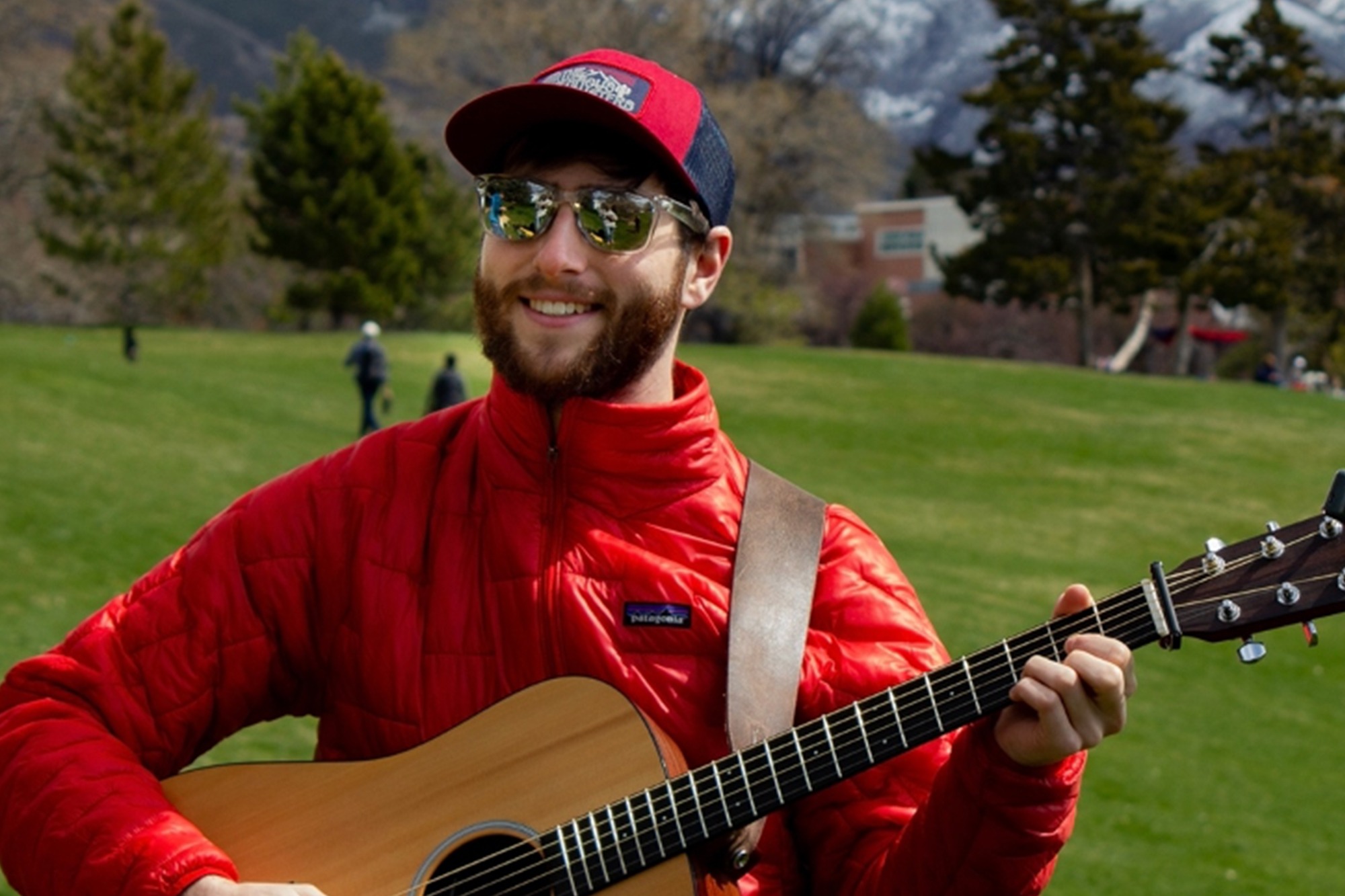 David Almanzar came to the University of Utah in 2016 to pursue his PhD following his undergraduate degree at the University of Massachusetts. There he conducted research as an undergrad in Rolf Karlstrom’s lab, imaging neurons in the brains of fish.

Today, working in the lab of Dr. Ofer Rog, Almanzar works on understanding how chromosomes are regulated during sexual reproduction, when egg and sperm are produced. In order to pass along our genetic information to the next generation, our chromosomes are purposefully broken and then repaired. Studying this process is challenging, since pairs of chromosomes (also called “sisters”) have identical DNA sequence, and they are entangled together. This makes it hard to tell them apart even with an advanced microscope.

To overcome this limitation, Almanzar developed a novel method to label only one of the two identical sisters in a tiny transparent nematode called Caenorhabditis elegans. When he placed his samples under the microscope using this innovation, each sister was in a different color and he could see, for the first time, that the identical chromosomes occasionally exchange information.

This has allowed him to begin understanding the mechanisms that regulate these exchanges, and his current work is focused on understanding more about this process.

Why is this important? “When happening precisely,” Almanzar says, “these exchanges are mostly innocuous. However, every exchange carries a risk of an error.” These errors, while rare, could be detrimental, and will likely result in an embryo with an incomplete or degenerate genetic information.

Moreover, the same mechanisms that guard the integrity of the genome during sexual reproduction also regulate repair event when cells in our body encounterdamage; for example, upon exposure to UV radiation. In those cases, errors can lead to cancer. This work has recently been published in Current Biology.

When he’s not at the bench, David Almanzar, now in his 6th year as a PhD candidate in the School of Biological Sciences, plays guitar in a bluegrass band called the Pickpockets, which he co-founded in 2018. The band plays every Thursday at the local cider brewery, and at local events and gigs across the Mountain West.  They currently are in the studio recording their debut album.

Read more about the research and publications of the Rog lab here.