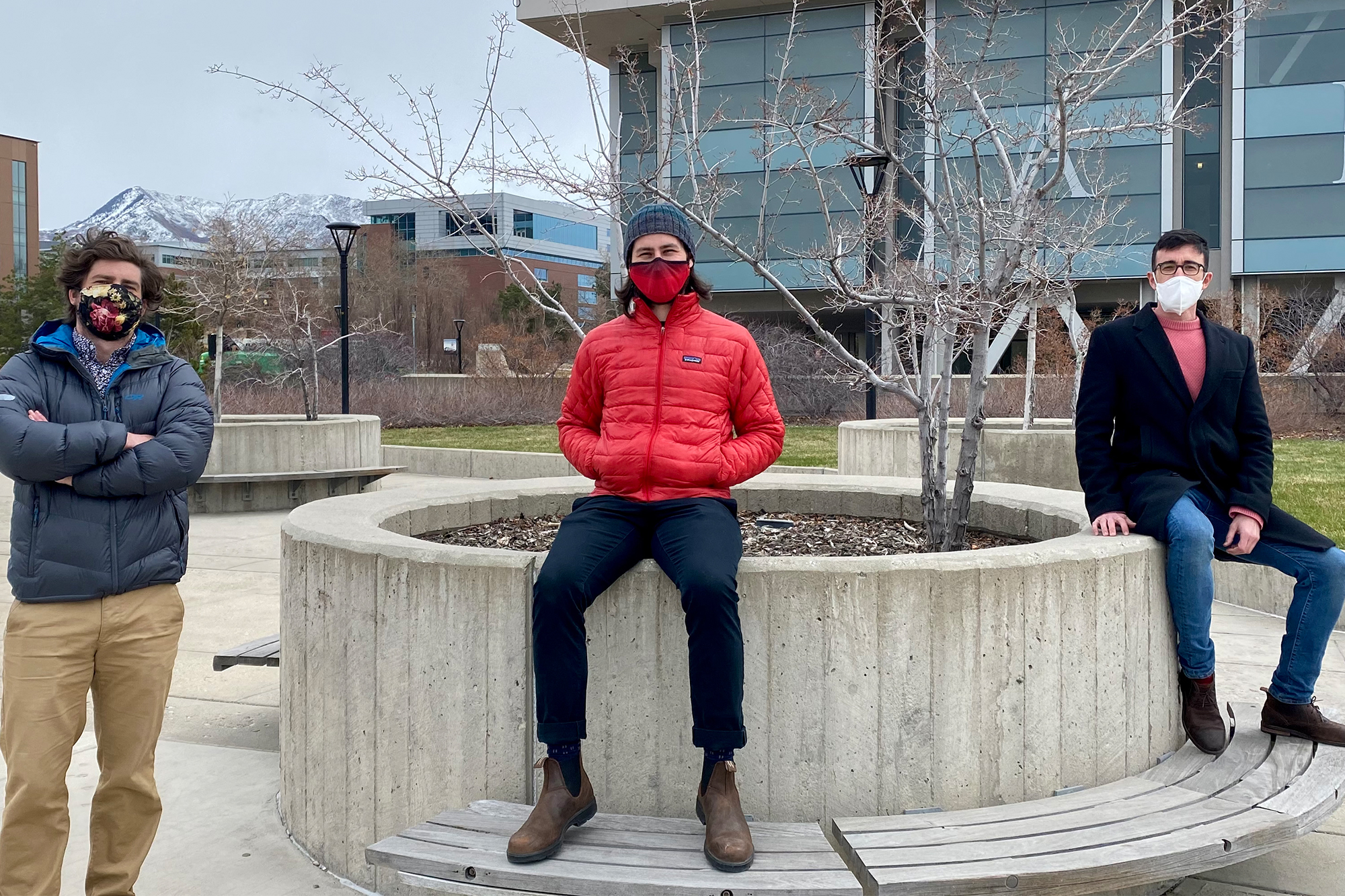 March 20, 2021 – Sexual reproduction shuffles the parental genomes to generate new genetic combinations. To achieve that, the genome is subjected to numerous breaks, the repair of which involves two crucial decisions: repair pathway and repair template. In a new paper by SBS graduate students David E. Almanzar, Spencer G. Gordon and SBS Assistant Professor Ofer Rog the researchers developed a new way to label only one of the two identical products of genome replication: sister chromatids. Using this approach, they were able to observe repair events in the germline that were, up to this point, invisible.

Interactions between sister chromatids have been difficult to study because of their identical nature. However, sister chromatids can exchange information between them (in so-called sister-chromatid exchanges, or SCEs). A high level of SCEs characterizes many pathological states, including progeroid syndromes and cancer. Using the new labeling techniques they developed, Dr. Rog and his students found that SCEs are rare in the germline of the model organism C. elegans, a tiny roundworm. SCEs are antagonized by a member of a conserved family of proteins that is crucial for maintaining genome integrity, which includes the proteins that cause the Werner and Bloom premature aging syndromes. Another way germline cells limit SCEs is by a protein structure called the synaptonemal complex, a major focus of research in Dr. Rog’s lab. The synaptonemal complex can promote exchanges, but since it is normally formed between the parental chromosomes (and not between the sisters), SCEs are avoided.

“Our analysis suggests that the low rate of SCEs is brought about by a dual-acting mechanism that ensures the parental chromosomes exchange information – a necessary step in the production of gametes – but that almost all other exchanges are prevented,” says Dr. Rog. “We speculate that worms go to great lengths to limit SCEs in order to mitigate the risk incurred by imperfect exchanges.” In the future, Dr. Rog and his team plan to use their ability to distinguish between identical sisters to study the many pathways that maintain genome integrity. The article appears in the journal Current Biology.