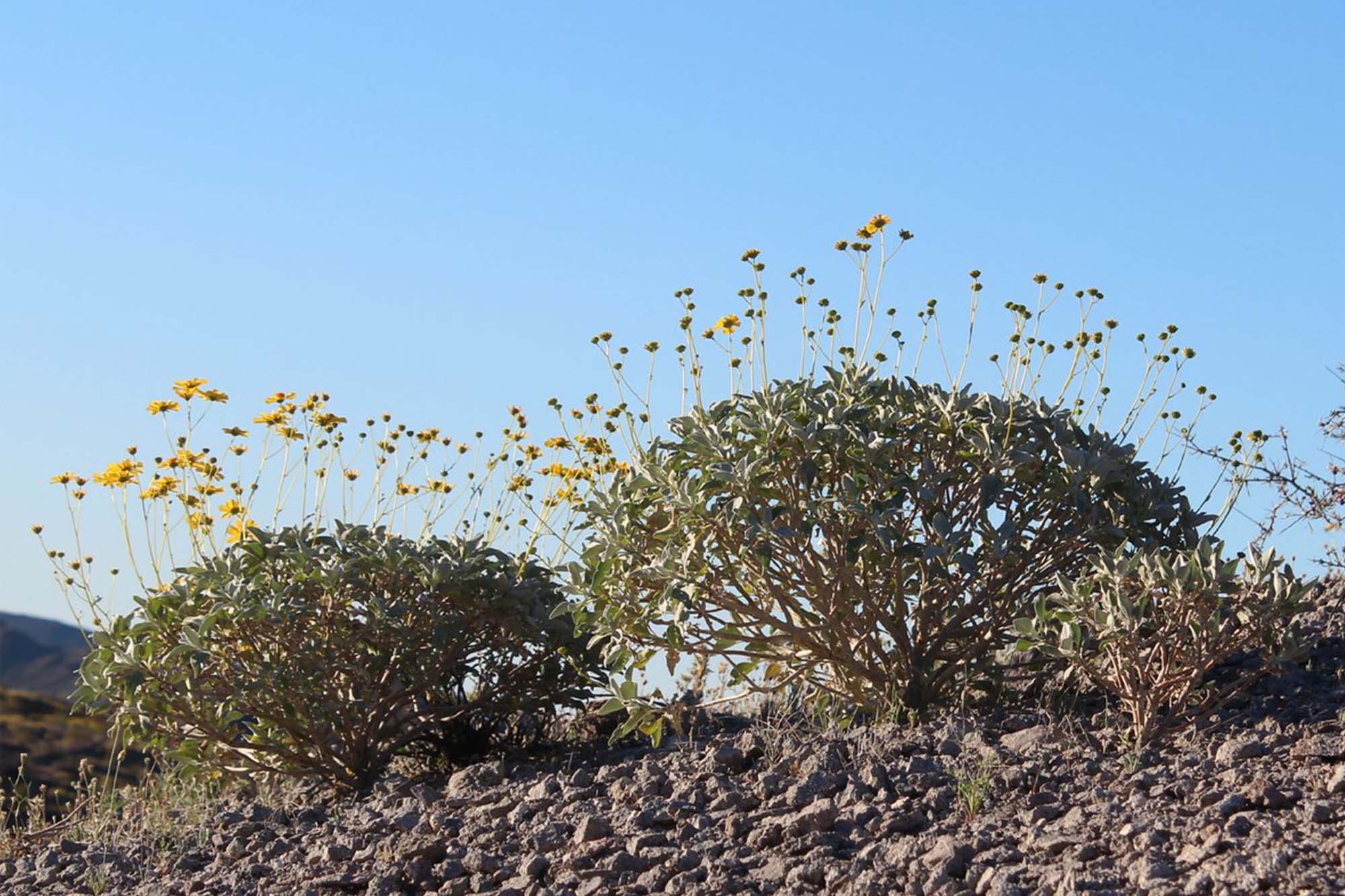 It may not be enough.

Shrubs in the desert Southwest have increased their water use efficiency at some of the highest rates ever observed to cope with a decades-long megadrought. That’s the finding of a new study from University of Utah researchers, who found that although the shrubs’ efficiency increases are unprecedented and heroic, they may not be enough to adapt to the long-term drying trend in the West.

“The Southwest is in a really dry period,” says Steven Kannenberg, postdoctoral research associate in the U’s School of Biological Sciences, “and this is further evidence of how much the ‘megadrought’ has impacted plant functioning and how anomalous this period is.”

When iWUE is high, then plants carry out photosynthesis with minimal stomatal opening. Several factors can affect a plant’s iWUE. If carbon dioxide levels in the atmosphere go up, then the plants don’t need to open their stomata as much to bring in the same amount of carbon. If temperatures rise or water availability drops, the plant will restrict stomatal opening so as to not lose too much water.

It would stand to reason, then, that current rising carbon dioxide levels and warming and drying trends would lead to increases in iWUE. But by how much, scientists ask? And how does it compare to iWUE trends in the past?

“Unfortunately, there are almost no published long-term records of iWUE in the Southwest,” Kannenberg says. “Additionally, the vast majority of long-term data are on trees, so the sensitivity of iWUE in other plant types is unknown.”

Fortunately, University of Utah scientists have been traveling to the Mojave Desert during the last two weeks of March every year for nearly 40 years to collect samples of shrub leaves. At two sites in California and one in Arizona, researchers collect fresh leaves of the Encelia farinosa (also called brittlebush), Encelia frutescens (also called button brittlebush) and Ambrosia salsola (also called cheesebush or burrobush). Distinguished professor Jim Ehleringer began the annual sampling trips both to establish long-term records of how shrubs in the desert were faring—and to go somewhere warm during the winter.

The study period has covered what’s called a “megadrought” in the American Southwest—”one of the most serious multi-decadal drought events in the region over the last 1200 years,” the researchers write. So the long-term study not only shows how the plants respond to variation in climate conditions year to year, but also how they deal with a large-scale extreme weather event.

The researchers bring the leaves back to the U and analyze their stable isotopes, chemical signatures that offer clues as to how the plants obtain and use water and carbon dioxide. From these measurements, the team could calculate the shrubs’ iWUE each year.

They also collected samples from ponderosa pines at 16 sites around the American West, to compare the shrubs’ water use with that of trees.

“We used a statistical approach to directly compare how sensitive the shrubs and the trees were to variability in CO2, precipitation and aridity,” Kannenberg says.

A race to adapt

Climate data at the study sites didn’t show significant changes in mean annual precipitation over 30 years, from 1989 to 2019. But at nine of the sites, vapor pressure deficit, a key measure of how dry the air is, increased significantly. In fact, since 2010 the rate of vapor pressure deficit increase went up by seven-fold. The desert Southwest started drying out a LOT faster.

So the shrubs ramped up their iWUE to match—also a LOT faster. In comparison with another study of plants in desert environments, iWUE in the Mojave Desert went up 6-10 times faster than in other areas. In fact, the rate of iWUE increase in the shrubs was so high, the researchers only found one other recorded instance of a faster iWUE increase, in a conifer.

The results suggest that shrubs are much more sensitive to increasing aridity than trees are. “Given the rapid uptick in aridity across the region in recent decades,” Kannenberg says, “this has resulted in shrub iWUE increasing at (as far we can find) the second-fastest rate ever documented in any plant species.”

Kannenberg adds that the results are surprising. Scientists had noticed a global increase of iWUE connected to increasing atmospheric CO2 levels. They’d assumed that the rate of iWUE increase would level off with time.

“However, our results imply that global increases in aridity may offset that in the future,” Kannenberg says. Hence the shrub’s frantic and historic increases in iWUE to cope with the West’s megadrought.

All things being equal, yes, increased water use efficiency is good for plant health and for adapting to changing climate conditions. But forecasts suggest that the Southwest will likely only become drier with less plant growth. Increased iWUE may not be enough to save the desert shrubs. Their fate, the researchers write, lies with whether the intensity and length of the drought exceeds the plants’ ability to adapt.