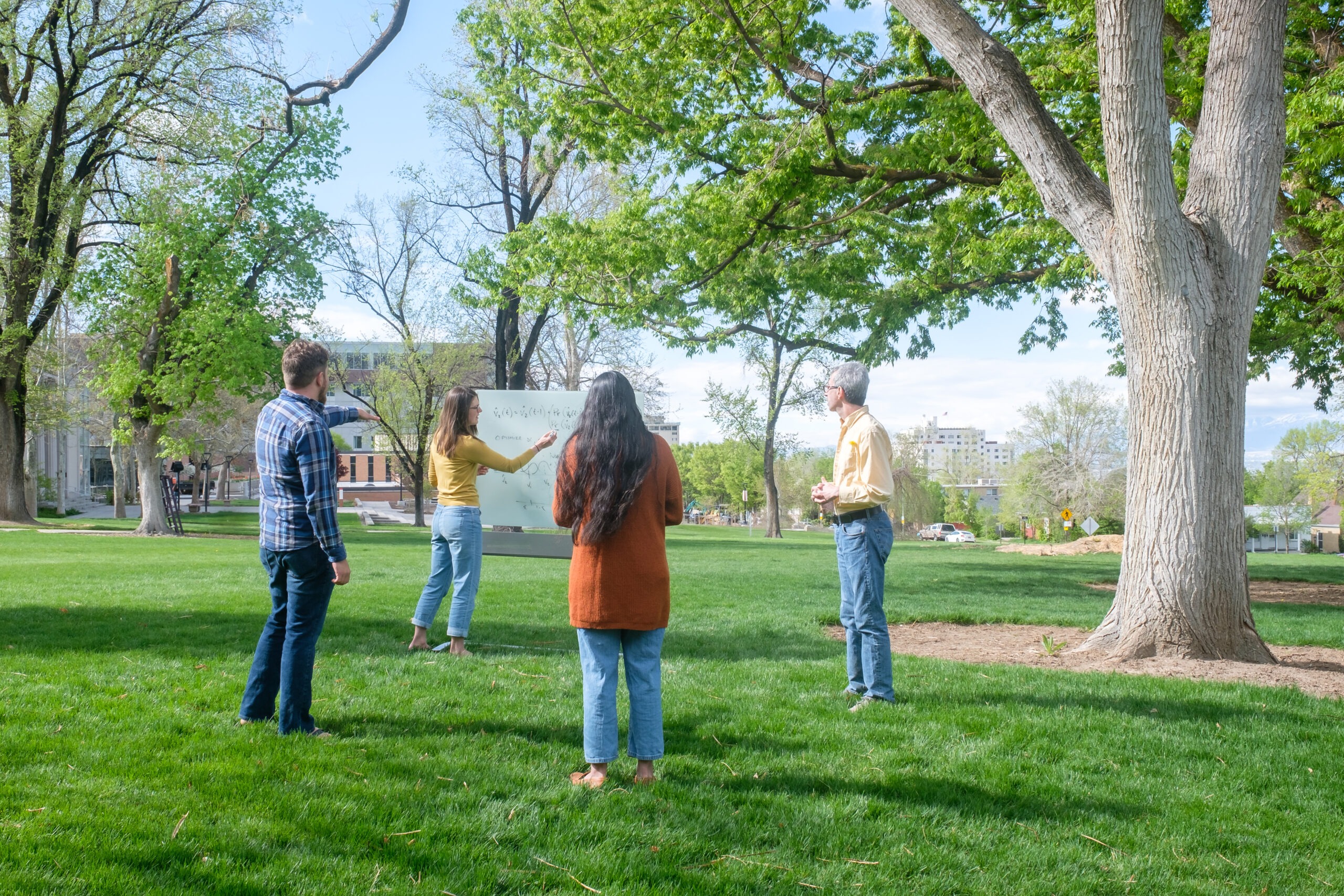 His is the kind of work that will be supported by the new science building recently announced by the College of Science, dedicated to applied and multi-disciplinary work, and where most STEM students at the U will eventually find themselves for a time.

As Director of the Center for Quantitative Biology, Adler and his team have applied their data-driven tool kit to everything from viruses to animal behavior, and from biodiversity to infectious diseases. Who else can claim a lab’s subject models as varied as aphid-tending ants, hantavirus, and the Southern Right Whale off the coast of Argentina?

The Adler group’s approach to research is driven by basic questions about how biology works. To bring together several threads of research, the lab began a study of rhinoviruses, the most frequent cause of the common cold, and how they routinely and rapidly change. The study uses mathematical models based on known interactions in the immune system and genetic sequences. “We hope to build detailed evolutionary models of this rapidly changing set of viruses,” Adler reports.

He and his team are now looking at cancer in humans. There are, of course, hypotheses of how cancer takes over cells in the body and grows. But too many of these hypotheses are based on assumptions that cells behave as they do with complete information and clever plans for the future instead of the confusing world of a real tissue.

“However useful some of these [current] models are,” says Adler of cancer research, “they are not based on a realistic assumption.” In fact, a prime contribution of the mathematical modeler is “to make sense of things from the perspective of what you’re modeling.” What access to information does the cell or organism have, is a central, guiding question.

“We usually don’t get a simple smoking gun.”

Part of how cancer behaviors may be better scientifically “unpacked” is through game theory, but expanded over time and space and placed in a context of incomplete information between constituent parts.

Mathematical models, or more accurately, an ensemble of models later aggregated like political polls or weather models to predict the future, may be the answer. “We usually don’t get a simple smoking gun,” says Adler referring to complicated questions in biology, whether developmental, behavioralecological, immuno- or micro-biological. “With nine or ten big mathematical models running all the time you have a [more robust] hypothesis,” he says.

“All thinking is done using modeling,” Adler reminds us, “whether it’s through language or, in my case, mathematics.” The strength of the latter is that when mathematical modeling is added to the classical biologist’s models, it is “perfectly explicit about its assumptions. When you do the math right (and we always do), the logic leading from assumptions to conclusions is airtight ‘true.’”

This is important because a mathematical argument can’t be controverted. “If conclusions in biological research are wrong, it’s the assumptions that are wrong,” and the researcher can then pivot on those assumptions. Modeling of this kind, of course, has proven helpful, most recently, in the study of Sars-CoV-19, the virus that has propelled the world into a pandemic. The coronavirus does not operate in isolation, but with other components through the human immune system.

This kind of work is animated not just by its predictive character using statistics—as in the case of artificial intelligence or machine learning (“We aren’t all cyborgs, yet,” Adler says)—but, it is predictive in a mechanistic sense in that it cares deeply about the more nuanced and openended “how,” the foundation of the scientific method.

Adler started out at Ha 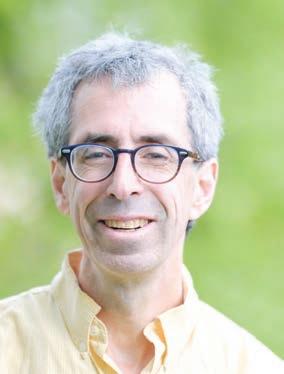 rvard as a pure mathematician, but by the time he arrived at Cornell University as a graduate student, he had discovered that he really enjoyed talking and collaborating with biologists. Stanford-based Deborah Gordon, a renowned expert on ants, which as he puts it, “achieve a lot of stuff fairly robustly through simple rules,” was one of them. He also found himself with David Winkler in upstate New York in a bird blind and observing the breeding and offspring-raising behaviors of tree swallows. The complicated models he built based on that research were never published, but Adler was hooked on life sciences.

The terrain Fred Adler has traversed via the mechanistic aspect—the how—of basic science couldn’t be more varied. In “bench to bedside” medical science alone it has ranged from modeling the lungs of cystic fibrosis patients looking for a transplant to determining that the changes in Covid-19 are driven not just by random mutations in the virus but by adaptations to the human immune response.

How to synthesize his research over the past thirty years is the next big question. For now he will continue with modeling biological systems, their signaling connections based on the body’s own network of “trust” between components, and determining how those systems are corrupted … and maybe how to fix them.

This cover story first appeared in Our DNA, Fall 2021 issue.
You can earmark a donation to Dr. Adler’s Center for Quantitative Biology here. (Use appeal number SC11041-40165, aka “Modeling the Dynamics of Life”)