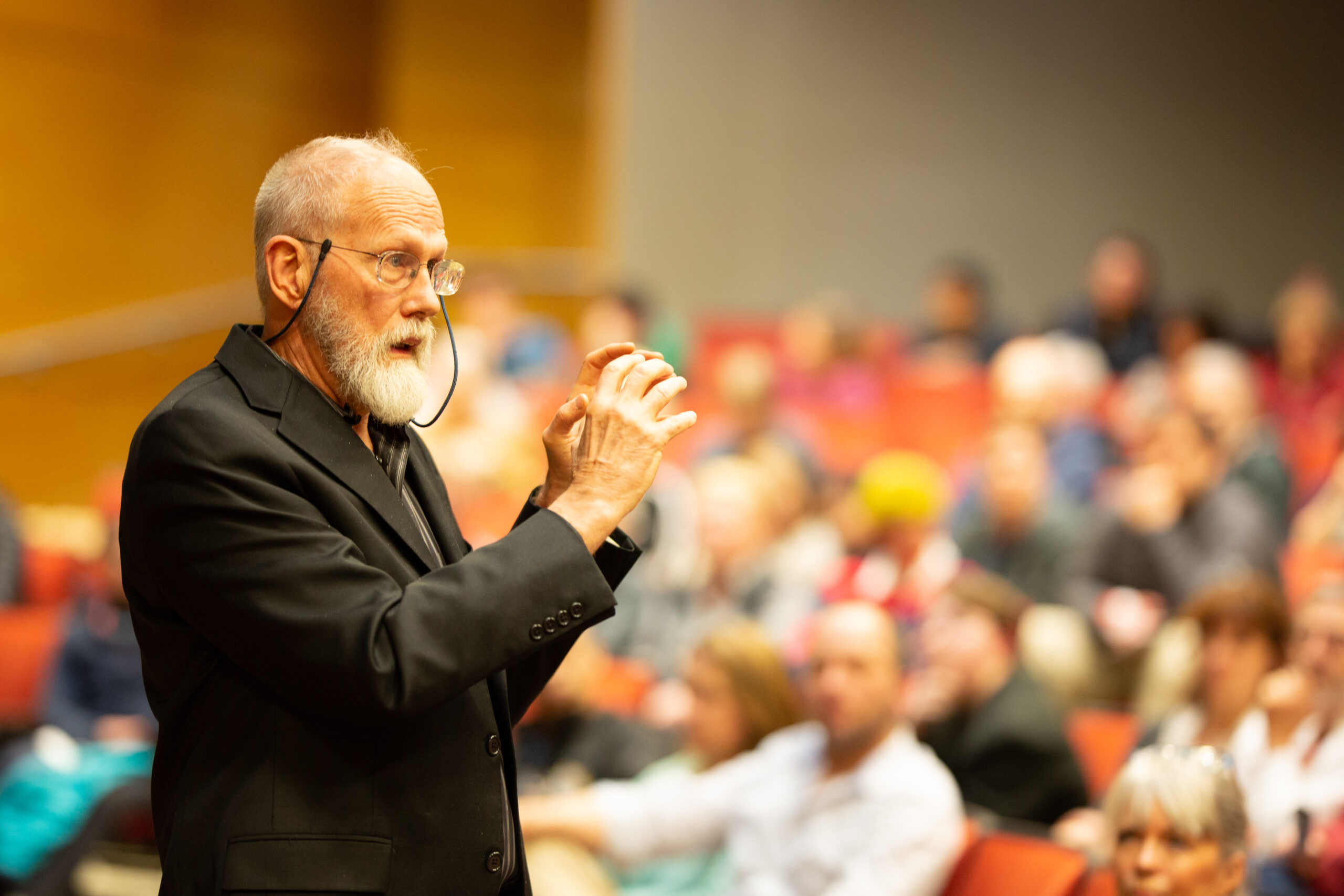 Thure E. Cerling, Distinguished Professor of Biology, is the 2022 recipient of the Rosenblatt Prize for Excellence.

Cerling is also department chair of the Department of Geology & Geophysics, Francis H. Brown Presidential Chair, and Distinguished Professor of Geology and Geophysics.

The Rosenblatt Prize is the University of Utah’s highest faculty accolade and is presented annually to a faculty member who transcends ordinary teaching, research and administrative efforts. A group of distinguished faculty members on the Rosenblatt Prize Committee recommends esteemed colleagues for consideration and the university’s president makes the final selection.

“Dr. Cerling has made important and impactful contributions to science using isotope geochemistry to learn about natural processes,” said Taylor Randall, president of the University of Utah. “He’s multiplied that impact many times over by sharing his knowledge with graduate students and countless colleagues around the world. With demonstrated excellence in research, teaching and leadership as chair of the Department of Geology & Geophysics, Dr. Cerling epitomizes the ideals of the prestigious Rosenblatt Prize.”

Through his pioneering scientific career and his decades of dedication to sharing his knowledge with colleagues around the world, Cerling, who began teaching at the U in 1979, has been instrumental in expanding the use of isotopes (What’s an isotope? Learn more here) as a tool in geoscience and biology.

“Thure Cerling never met an isotope he didn’t like!” one nominator wrote.

Using isotopes, he has devised innovative methods to understand the paleoecology of early human sites in East Africa, determined the timing of floods in the Grand Canyon, discovered a major global transition in vegetation types 7 million years ago, and has even analyzed his own beard hair to show how his diet changed over the course of a few days during a trip to Mongolia. By one metric of research publication impact, Cerling’s more than 300 scientific papers represent an exceptionally productive and remarkably influential career. His legacy includes graduate students who now are faculty at a number of leading research universities.

The impacts of isotope analysis go far beyond academic research, however. Cerling’s methods and expertise have also been used to identify ivory taken by poachers, determine if medicines are counterfeit, and help identify human remains. Cerling and distinguished professor of biology Jim Ehleringer co-founded a spinoff company, IsoForensics, in 2001 to bring the power of isotope science to criminal cases.

Cerling and Ehleringer also founded IsoCamp, an annual two-week short course that they started in 1996 to teach colleagues the theory and methods of stable isotope analysis. The course, which is now held at the University of New Mexico, has trained nearly 1,000 scientists from around the world in the use of stable isotopes for widespread applications in physical and life sciences; the cumulative impact on the scientific enterprise is incalculable. The American Geophysical Union recognized the unique contributions of IsoCamp with the 2017 Excellence in Earth and Space Science Education Award.

Cerling’s notable list of awards includes the 2020 Emile Argand Award from the International Union of Geological Sciences, awarded only every four years, the 2017 President’s Medal from the Geological Society of America, and the 2012 Utah Governor’s Medal for Science and Technology. He also shared in the 2017 Mineral of the Year award from the International Mineral Association with eight other coauthors for the discovery of the mineral Rowleyite and holds one patent for a “Device and system to reconstruct travel history of an individual.”

He’s also a member of the National Academy of Sciences and a Fellow of the American Geophysical Union, the Geological Society of America, the American Association for the Advancement of Science, the Geochemical Society and the International Association of Geochemistry and Cosmochemistry. He served by presidential appointment on the United States Nuclear Waste Technical Review Board from 2002-2011.

When the U’s Department of Geology & Geophysics needed a new chair in 2016, Cerling placed his name in consideration. When a College of Mines and Earth Sciences administrator asked Cerling why he wanted to be considered for chair, Cerling replied “because it’s my duty, and my turn.” Having benefited from others’ leadership for many years, he felt that he could provide a platform for younger faculty to develop their own successful careers at the U.

He is nearing completion of his second term as chair, having instituted faculty mentorship initiatives, improved faculty diversity and department internal communication, and extended a hand of outreach to the community with a department Open House Night intended for K-12 students and their families, as well as a fellowship that sends Geology and Geosciences grad students into Salt Lake City schools.

Throughout the COVID-19 pandemic, Cerling “encouraged patience and creativity,” a nominator wrote, facilitating the development of digital resources like 3-D models of rocks and minerals and high-resolution photos of field sites that will continue to improve online teaching and accessibility of geological education into the future.

Cerling’s lifelong dedication to advancing scientific understanding and sharing that understanding with students and colleagues is encapsulated in the words of two nominators, who both described Cerling as “widely knowledgeable and endlessly curious.”

About the Rosenblatt Prize for Excellence

The Rosenblatt Prize for Excellence is an endowed award, given annually to a member of the faculty at the University of Utah “to honor excellence in teaching, research and administrative efforts, collectively or individually, on behalf of the university.”

The endowment was created to honor Nathan and Tillie Rosenblatt on the centenary of their immigration to Utah and in recognition of their legacy of civic leadership and generosity. Originally established in 1983, the award was later increased by Joseph and Evelyn Rosenblatt and their family. The endowment and its gifts ensure the annual award of $50,000.

Click here to learn more about the Rosenblatt Prize for Excellence. Click here to watch Dr. Cerling giving the 2014 Frontiers of Science lecture.