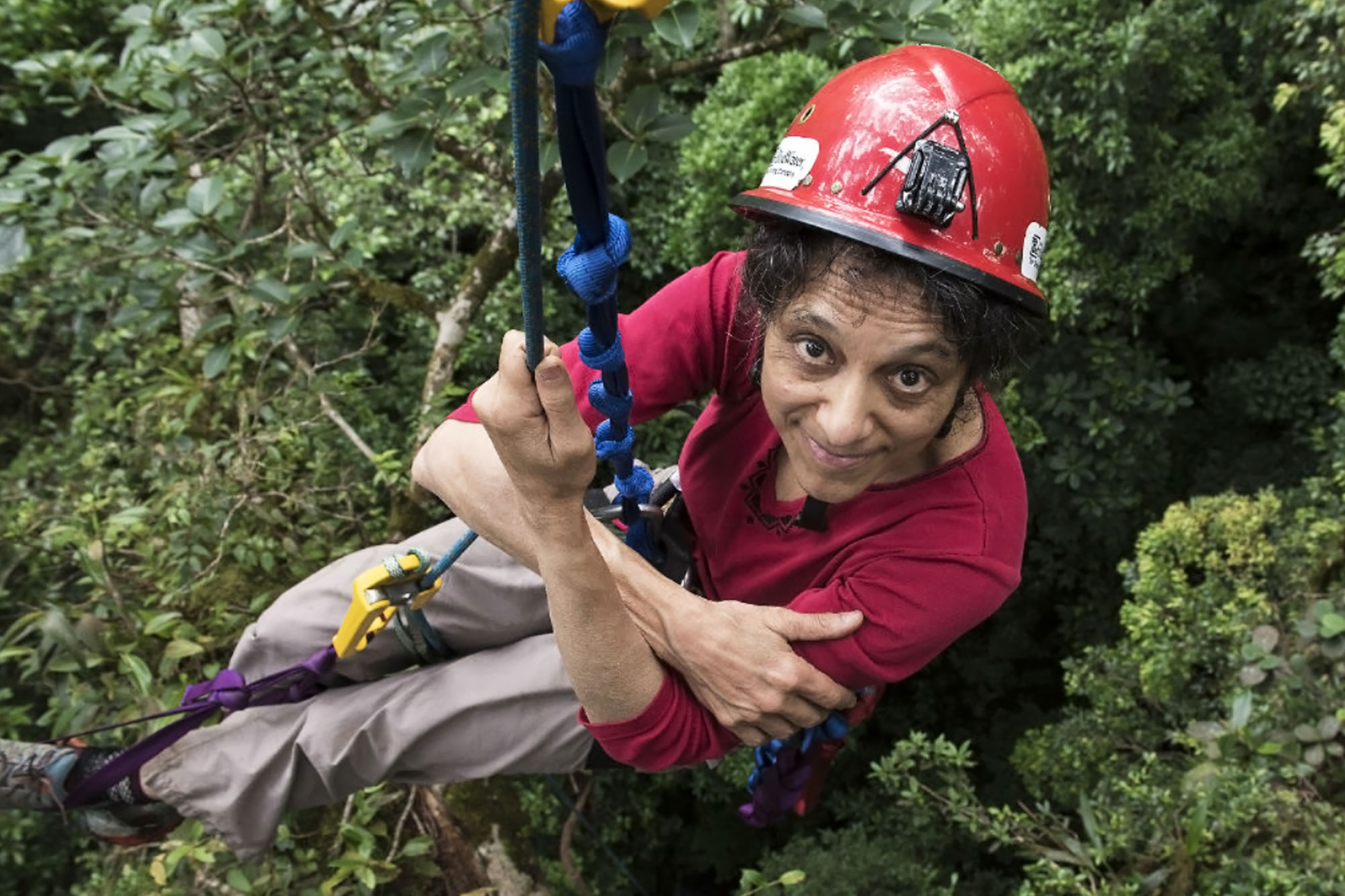 When Nalini Nadkarni was a young scientist in the 1980s, she wanted to study the canopy – the part of the trees just above the forest floor to the very top branches.

But back then, people hadn’t figured out a good way to easily reach the canopy so it was difficult to conduct research in the tree tops. And Nadkarni’s graduate school advisors didn’t really think studying the canopy was worthwhile. “That’s just Tarzan and Jane stuff. You know that’s just glamour stuff,” Nadkarni remembers advisors telling her. “There’s no science up there that you need to do.”

They couldn’t have been more wrong. Over the course of her career, Nadkarni’s work has illuminated the unique and complex world of the forest canopy.

She helped shape our understanding of canopy soils — a type of soil that forms on the tree trunks and branches. The soil is made up of dead canopy plants and animals that decompose in place. The rich soil supports canopy-dwelling plants, insects and microorganisms that live their entire life cycles in the treetops. If the canopy soil falls to the forest floor, the soil joins the nutrient cycles of the whole forest.

She also discovered that some trees are able to grow above-ground roots from their branches and trunks. Much like below ground roots, the aerial roots can transport water and nutrients into the tree. 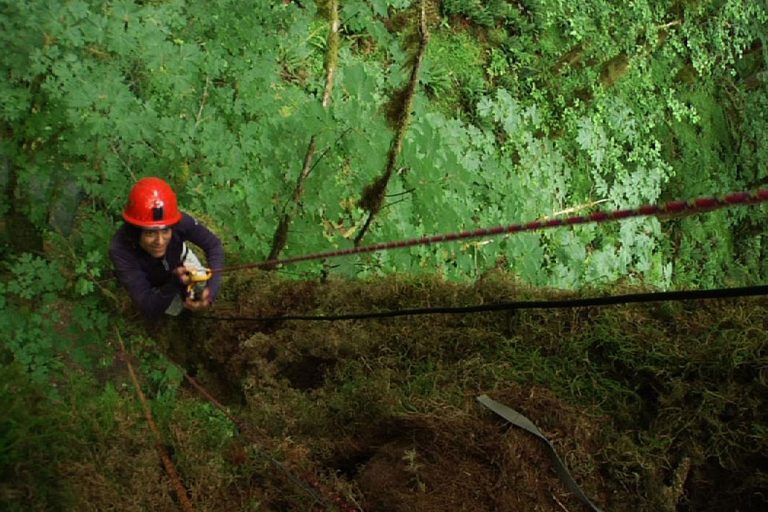 During Nadkarni’s early work as an ecologist she began to realize something else: There weren’t many women conducting canopy research.

Nadkarni was determined to change this. In the early 2000s, she and her lab colleagues came up with the idea of TreeTop Barbie, a canopy researcher version of the popular Barbie doll that could be marketed to young girls.

She pitched the idea to Mattel, the company that makes Barbie. “When I proposed this idea they said, ‘We’re not interested. That has no meaning to us,” says Nadkarni. “We make our own Barbies.”

Nadkarni decided to make them herself anyway. She thrifted old Barbies; commissioned a tailor to make the clothes for TreeTop Barbie; and she created a TreeTop Barbie field guide to canopy plants. Nadkarni sold the dolls at cost and brought TreeTop Barbie to conferences and lectures.

Her efforts landed her in the pages of The New York Times, and word eventually got back to Mattel. The owners of Barbie wanted her to shut down TreeTop Barbie due to brand infringement.

“Well you know, I know a number of journalists who would be really interested in knowing that Mattel is trying to shut down a small, brown woman who’s trying to inspire young girls to go into science,” she recalls telling Mattel. 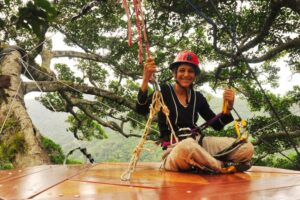 Mattel relented. The company allowed her to continue her small-scale operation. By Nadkarni’s count, she sold about 400 dolls over the years.

Then in 2018, more than a decade after Nadkarni started TreeTop Barbie, she got an unbelievable phone call. National Geographic had partnered with Mattel to make a series of Barbies focused on exploration and science. And they wanted Nadkarni to be an advisor.

“I thought, this is incredible. This is like full circle coming around. This is a dream come true,” says Nadkarni.

For its part, Mattel is “thrilled to partner with National Geographic and Nalini,” a spokesperson told NPR.

Nadkarni knows that everyone might not approve of her working with Barbie. Barbie’s role in creating an unrealistic standard of beauty for young women has been debated. Nadkarni has also wrestled with how she feels about it.

“My sense is yes she’s a plastic doll. Yes she’s configured in all the ways that we should not be thinking of how women should be shaped,” says Nadkarni. “But the fact that now there are these explorer Barbies that are being role models for little girls so that they can literally see themselves as a nature photographer, or an astrophysicist, or an entomologist or you know a tree climber… It’s never perfect. But I think it’s a step forward.”

Nadkarni is an Emeritus Professor at The Evergreen State College, and currently is a professor in the School of Biological Sciences at the University of Utah.