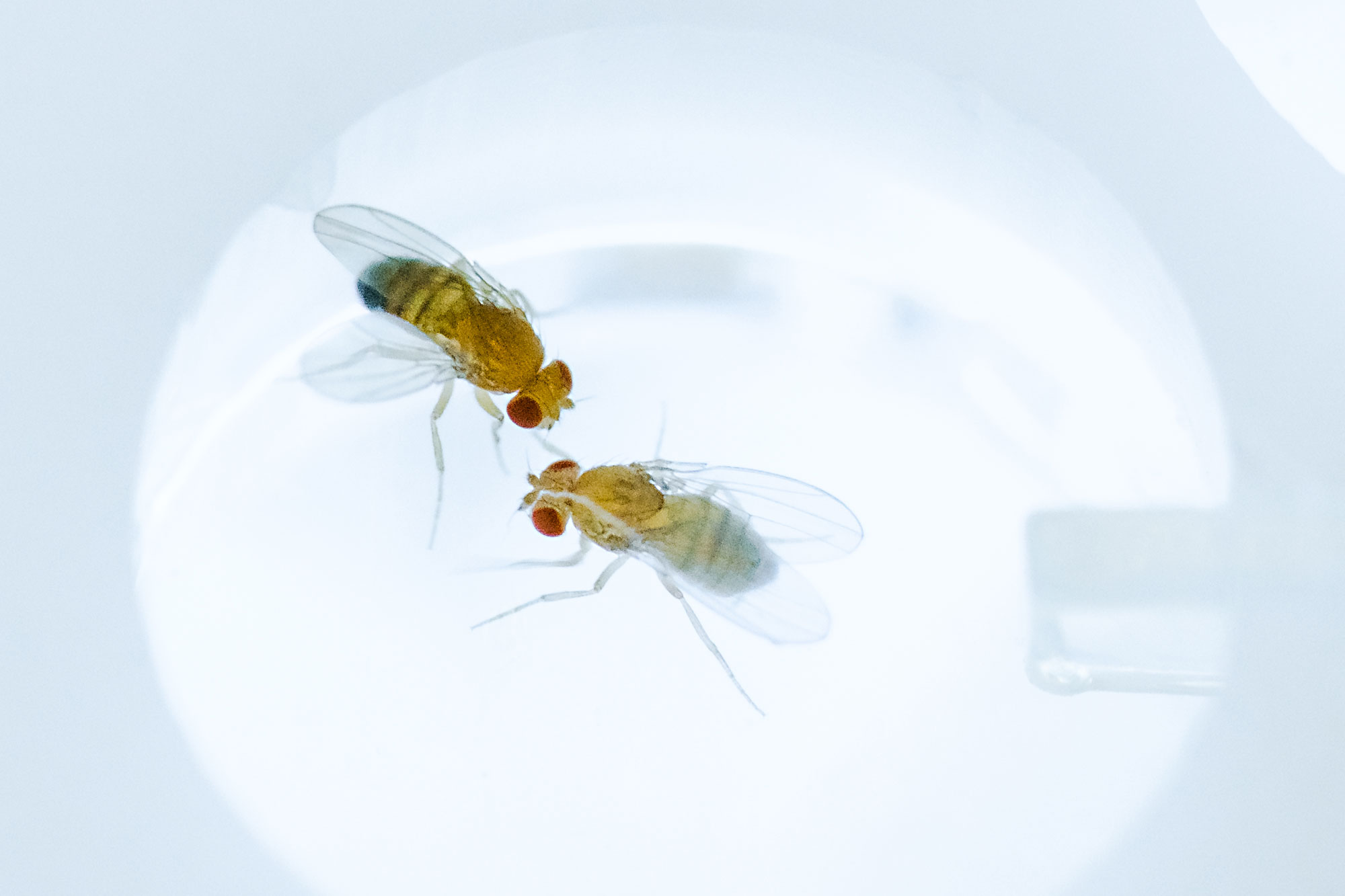 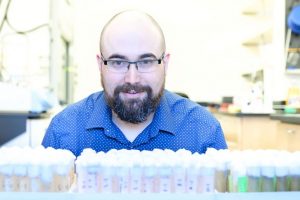 Playing to the ethic of pursuing pure science, new faculty member Dean Castillo is driven by research questions not necessarily the research organism. While working on his bachelor’s and even before that while growing up in rural northern California, he worked with “tons of different organisms,” he says, including fungi. So it wasn’t difficult for him as a geneticist to move from his earlier subjects such as tomatoes and nematodes at Indiana University, where he earned his PhD, to fruit flies (Drosophilia) during his postdoc at Cornell and now at the University of Utah.

The question for Castillo was the same: how do natural and sexual selection shape mating interactions and behaviors, species interactions, and ultimately speciation?

The focus of Castillo, a recent faculty arrival at the School of Biological Sciences, remains evolutionary interactions between organisms, whether in “fruit” or the flies that feed on the yeast of that fruit. Genes determine behavior, and in the case of the fruit fly the female can mate with more than one male and store different sperm in different organ “storage areas” before determining which sperm will be used. How does that anatomically happen and what genes are motivating the female to determine which sperm is used? 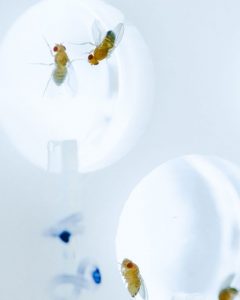 “Why does one female mate but another doesn’t?” he further asks. Once his lab determines how and where sperm from two different males is being stored in one female they will pursue other areas of inquiry: finding the genes that control female choice in the brain and, instead of pollen competition from his tomato days, it’s now sperm competition.

The equipment Castillo uses for his research includes one centimeter-high glass “condos” for the tiny flies with removable “gates.” From cotton-topped vials where the flies live on a bed of molasses and yeast, the researcher inserts a female in one side of a bifurcated chamber and a male in the other. Once the researcher lifts the gate between the sides, they can observe the eternal mating behavior of the two sexes on the micro level.

Behavior is only part of the Castillo lab’s integrative approach which combines these condo experiments with population and molecular genetics to understand the genetic basis of sexual behaviors. The approach is also designed to explore the reduction or cessation of reproduction between members of different species. (Think of crossing a horse and a donkey to produce a mule, which is sterile). Comparative genomics can help track this “reproductive isolation,” as it is termed, across the tree of life. 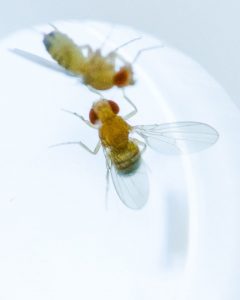 “By studying the mechanistic and genetic links between sexual selection and reproductive isolation we can determine the influence of these forces on generating biodiversity,” says Castillo, sitting in the adjacent office to his lab on the fourth floor of the Aline W. Skaggs biology building. The almost feral view out his windows eastward to the Wasatch is a reminder of one of the big attractions to taking a position at the University of Utah: its stunning setting and, perhaps more importantly, its accessibility to wild nature. In fact, the flies that Castillo studies are easily found in the area, including in American Fork Canyon and Zions National Park. His wife Deidra, who with Dean also earned her PhD from Indiana University at Bloomington, begins her research soon in the Vickers lab one floor down. It turns out that there is overlap between her research in plant-insect interactions and Vickers’ research in moth olfaction and neuroethology.

Managing courtship condos to get at basic biology questions like how genes control behavior can seem random, even mercurial. This is especially true when compared to the careful planning required to procure one’s own family when both parents are academics. (The Castillos have three children, including a one-year-old.) It turns out that their first child was born during qualifying exams. Later, number two entered the scene while they were both defending their theses, the third during their postdocs prior to their move to Utah. 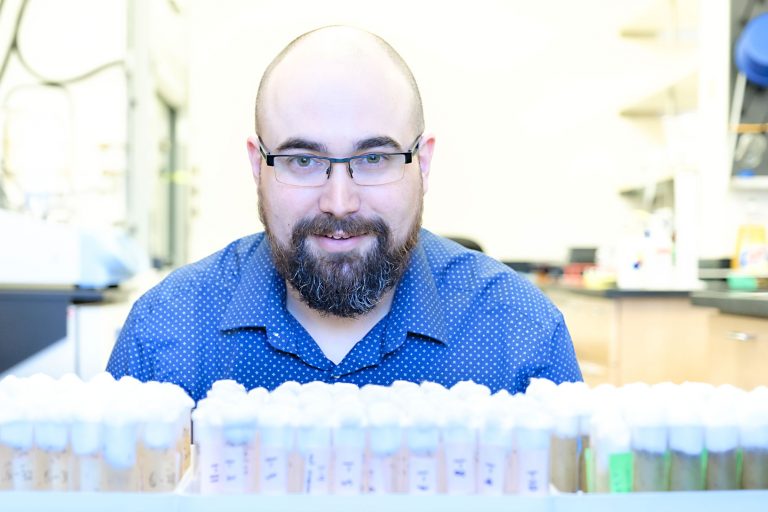 For the time being, the five Castillos will be staying put except, perhaps, for combining science with mountain and high-desert camping trips looking for fruit flies.