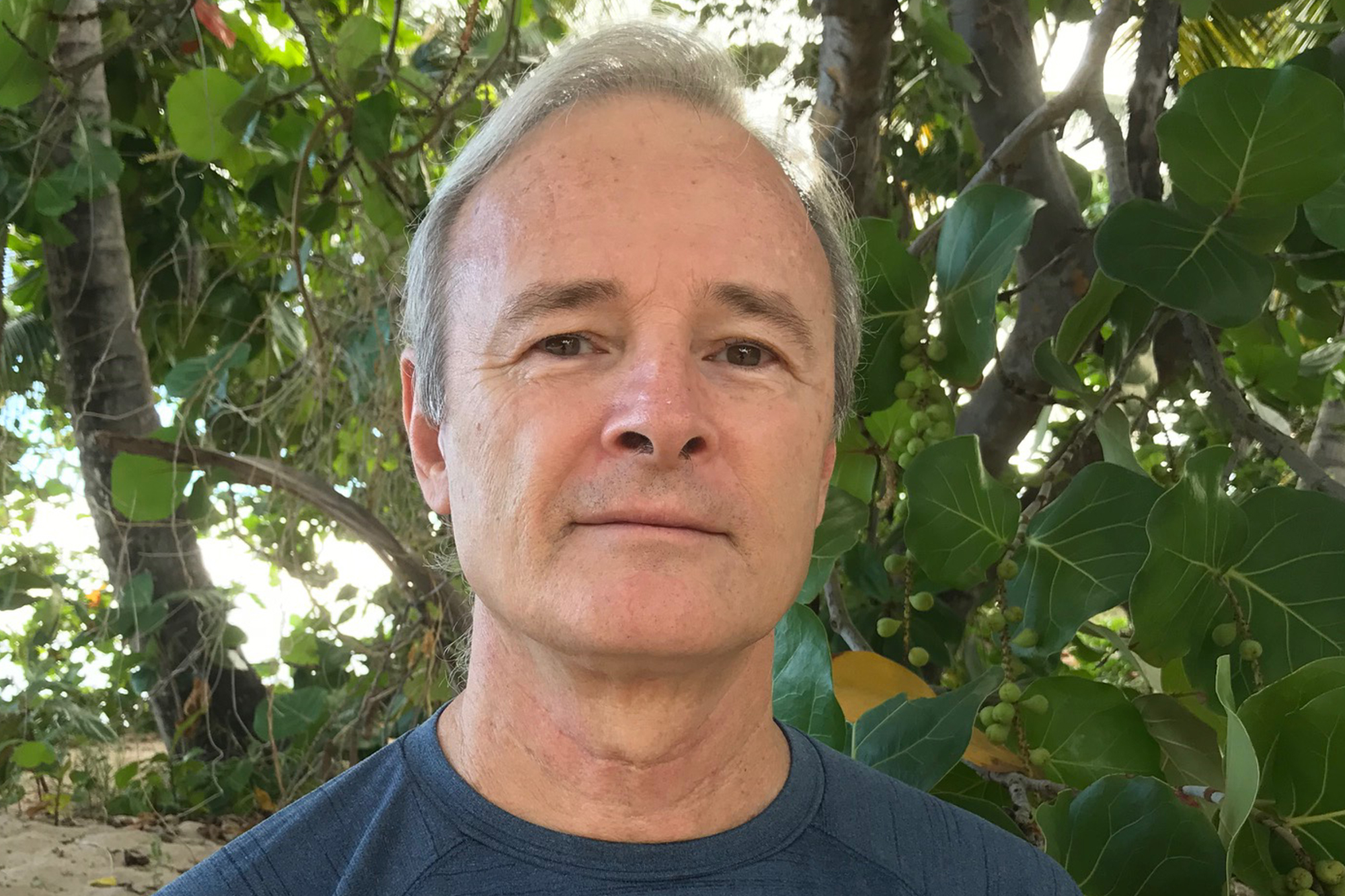 Following his graduation with a bachelor’s from University of Texas – San Antonio, California native T. Mitchell (Mitch) Aide ended up in Utah … but via Panama. It was in Central America where he first met School of Biological Sciences (SBS) professors Lissy Coley and Tom Kursar doing tropical forest research. Aide would eventually become Coley’s first graduate

student at the University of Utah. Lissy and Tom were “different than some other advisors,” says Aide. “They showed how high-quality research did not have to exclude enjoying life.”

The relationship proved to be a productive one. Aide graduated from U with a PhD in 1989 and continued in his career as a researcher and professor. Recently he was presented the School of Biological Sciences 2021 Distinguished Alumni Award.

During his sojourn at the U (1982-1990) Aide says that the cohort of professors there “created an environment of high-quality research and education without being aggressively competitive.” He remembers the personal and financial support of the department staff when a house he lived in with other graduate students burned down. His graduate work included a single-authored publication in Nature in 1988, demonstrating that the synchrony of production of young leaves for a community of tropical trees may have evolved as an adaptation to reduce herbivory by insects.

Since then he has published more than 140 peer-reviewed articles. And, after Smithsonian and Fulbright postdoctoral fellowships in Panama and Colombia, respectively, he took a position at the University of Puerto Rico – Río Piedras in 1992, where he is now a full professor.

“In addition to Mitch’s own scientific contributions,” wrote Coley in the nomination letter for the alumni award, Aide “has mentored an enormous number of students, most from Latin America. These include 18 Master’s students, 11 PhD students, over 50 undergraduates and eight postdoctoral fellows. His mentorship of the next generation of scientists has had profound impacts on education and conservation in Latin America.”

Aide has also started a company to monitor biodiversity. “This was motivated by his concern for the alarming loss of species in nature,” says Coley, before explaining that her former student’s innovation was to deploy many low-cost acoustic recorders in nature and then analyze the sounds to quantify changes in the community or to track individual species of interest.

“His company developed the sophisticated but user-friendly Automated Remote Biodiversity Monitoring Network (ARBIMON) platform so researchers can analyze these recordings for their own research,” continues Coley. “His goal is to have permanent acoustic biodiversity monitoring stations in thousands of sites throughout the world, including eco-tourism sites, research

A consummate researcher, academic and now founder of a company, Aide enjoys water sports, including surfing and snorkeling. After more than 40 years publishing on tropical ecology and conservation, and “seeing our poor progress in conserving tropical biodiversity,” he says with some rue, “I will try a different approach—write a novel.”

During this time of pandemic, personal and societal reflection is the order of the day. Aide expects that there will be substantial changes to higher education. Even so, he advises today’s students to “identify what you are good at and what you enjoy and dedicate 110%” to it.

As a 2021 SBS distinguished alumnus, Mitch Aide is an excellent model for dedication and hard work—even when pivoting late in an esteemed career towards fiction writing to further the cause of and raising consciousness about the critical need for conservation.