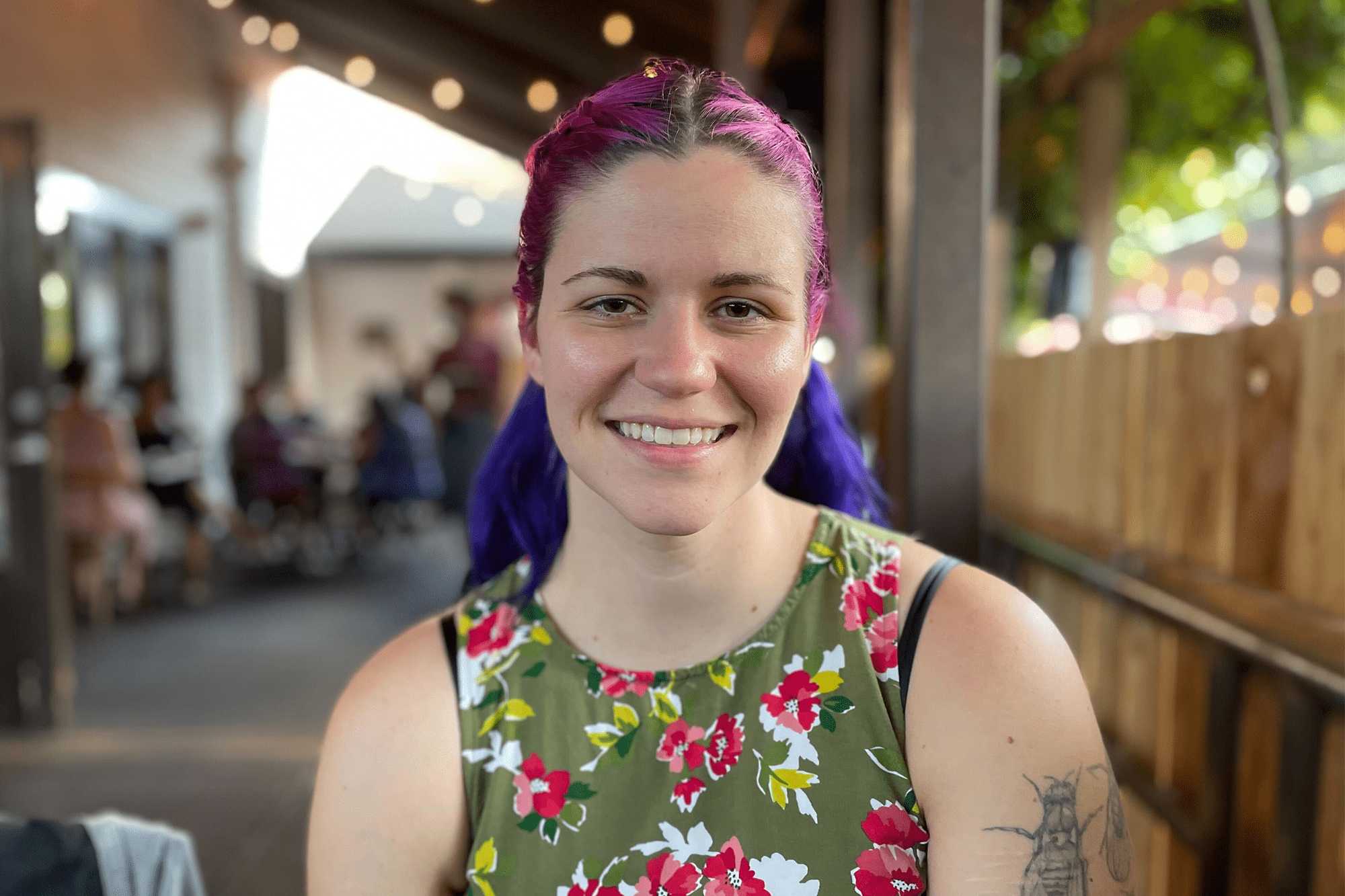 Lockdowns are something that Stephanie VanBeuge BS’17 knows something about . . . even before the coronavirus pandemic dropped out of the sky like an anvil.

It was in her third year of graduate school at the University of Oregon when VanBeuge was first diagnosed with brain cancer–on the first day of the school year. She returned to Utah to receive treatment at Huntsman Cancer Institute and was able to return to school almost like nothing ever happened.

“When the pandemic started, I had just finished radiation treatment for my brain cancer,” says VanBeuge who now has her PhD in biology. “For about four months before lockdown started in March 2020, I was on my own lockdown of sorts recovering from brain surgery and enduring radiation because I was so tired that taking a walk or going to the grocery store was all I could do before I needed to take a nap.”

Adjusting to the isolation of the early days of the pandemic was easy enough, she admits, “but starting to work from home and then going back into the lab later that year was really difficult, in part because my brain just wasn’t working like it used to. It’s hard for me to gauge how hard the pandemic specifically has been because as I’ve adjusted to the pandemic I’ve also recovered from brain cancer and, as my brain has continued to heal, I’ve had an easier time navigating our ‘new normal.'”

The U, VanBeuge says,  gave her a lot of confidence in exploring new topics. “I chose to rotate in labs that were different from the kind of research I had done before. I was able to learn a lot about myself and my interests as a scientist and make an informed decision on my degree.” That was a good thing, because in Oregon students rotate through three labs during their first year and then pick one of those labs in which to work on their PhD. VanBeuge chose Karen Guillemin’s lab where she studied host-microbiome relationships. 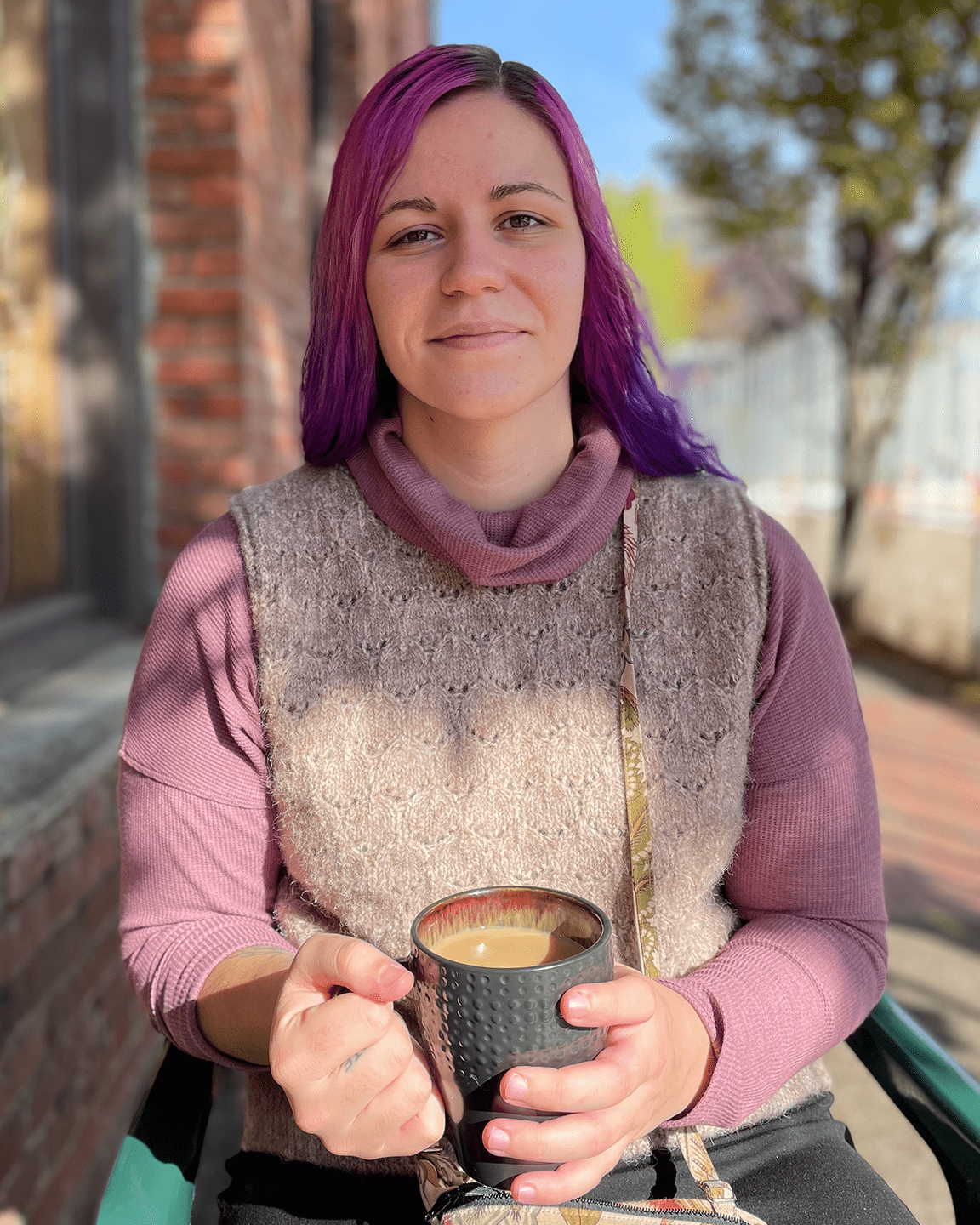 Now with her doctorate, VanBeuge, who is originally from Tacoma, WA but grew up in Las Vegas, is looking to start a career in the biotechnology industry. “I was interested in the evolutionarily conserved aspects of this relationship and focused on gut epithelial proliferation in response to colonization by the microbiota.” During her research she found that the multiplication or reproduction of epithelial cells which in the expansion of a cell population (epithelial proliferation) wasn’t a response to a specific bacterial species. Instead, “it’s an innate immune system mediated response to barrier damage.”

Along the way VanBeuge has been active in the University of Oregon Women in Graduate Sciences (UOWGS, Twitter Handle at @uowgs) organization where she served as outreach chair for AY 2019-2020. Her research culminated in two papers that she co-authored, “Proteolytic Degradation and Inflammation Play Critical Roles in Polypoidal Choroidal Vasculopathy” in The American Journal of Pathology and “Secreted Aeromonas GlcNAc binding protein GbpA stimulates epithelial cell proliferation in the zebrafish intestine” in bioRxiv. A third paper has also been submitted.

Reporting on her research is just one writing outlet for Stephanie VanBeuge. She’s determined to produce a memoir of what it was like as a young scientist, battling brain cancer in the middle of her education. She has a first draft and plans on completing it soon. The story “is primarily a story about resilience. It’s about facing your fears and uncertainty head on and not letting them stop you from showing up and fighting back. I hope people who read this book are empowered to show up and face their own challenges head on.”