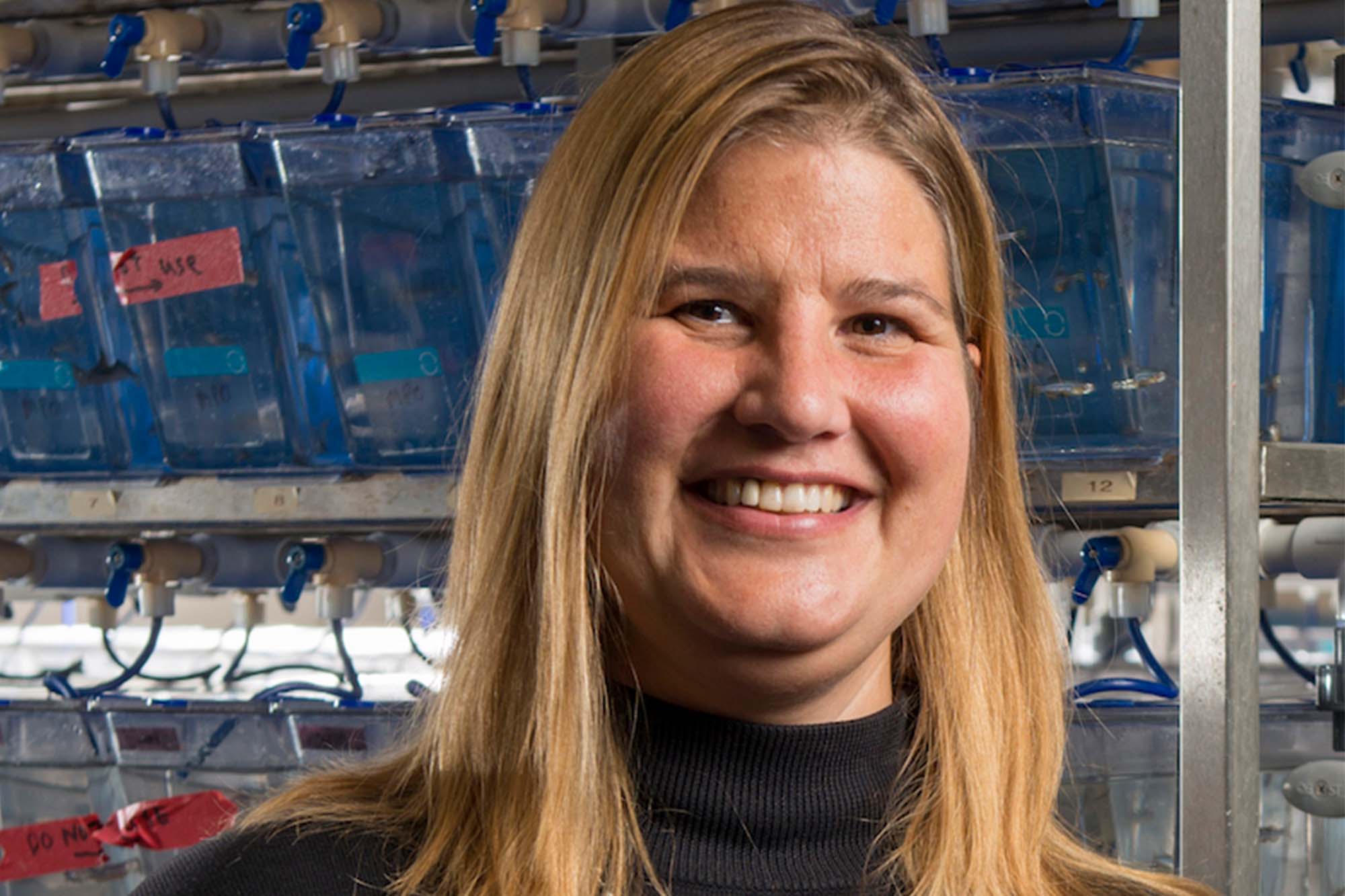 It’s generally not a good idea (or even allowed) to take biochemistry as your first biology class. But that’s exactly what Clarissa Henry BS’95 did as a freshman at the U. “[I]t was so great,” she says, “that I changed my major from Chinese to biology.”

The class Henry took was a section taught by Baldomero Olivera, recent winner of the Golden Goose Award for his research in the pharmacological uses of poisonous cone snails. Known affectionately as “Toto,” the distinguished professor still runs one of the largest labs at the School of Biological Sciences and is home for many esteemed alumni like Henry. But it was a team effort for this Pennsylvania native who now calls Orono, Maine her home as Professor and Director of the Graduate School of Biomedical Science and Engineering, University of Maine. She also cites David Gard and David Wolstenholme (currently both emeritus professors) as equally entertaining and inspiring lecturers.

After declaring her major in biology, Henry found a spot in the lab of Daryl Kropf, also emeritus. “It was in his lab that I became fascinated with how cells interact with their local environment,” she says. “Over 20 years later, I’m still fascinated with how cell-environment interactions modulate cellular health. …I loved hanging out in Dr. Kropf’s lab … I still remember the entire lab gathering around the whiteboard and talking about experiments and hypotheses–it was just so fun.”

Henry’s experience is a testament to the undergraduate research opportunities still available and now formalized through the Science Research Initiative in the College of Science. “I cannot say enough good things about my experience at the U. Undergraduate research was so easy to do at Utah, and undergraduates were very valued.” The contributions of students are so much valued that Henry ended up as an author on three publications by the time she graduated, one as first author. And it wasn’t until she attended graduate school at the University of Washington and as a post-doctoral researcher as a Miller Fellow at the University of California Berkeley that she  realized just how unusual her undergraduate experience at the U had been.

That experience, Henry says, has inspired her to “pay it forward” ever since she secured her current post in 2004 at the University of Maine and . . . even before that.  “I trained undergraduates as a graduate student and post-doc. As a professor my laboratory has trained over 50 undergraduates and many have earned authorship on manuscripts. Throughout my career, over two-thirds of my publications have [had] undergraduate authors.”

“I was lucky enough to have mentors throughout my research career who encouraged me to have a growth mindset and to embrace mistakes as learning opportunities. It is so important in life to be able to navigate failure gracefully,” she says.  She attempts to impart the same advice to her own students. Required reading for all students in her lab includes James Clear’s Grit: A Complete Guide on Being Mentally Tough and his Atomic Habits along with author Carol S. Dweck’s Mindset: The New Psychology of Success. This approach to Henry’s work includes pedagogy and ancillary literature outside biology and deeply informs her teaching and mentoring.

And the results have proven gratifying. In addition to her own lab which primarily focuses on how signaling between muscle cells and their extracellular matrix mediates musculoskeletal development and homeostasis in zebrafish, Henry directs the statewide graduate school of biomedical science and engineering Program. GSBSE is a cooperative initiative in which UMaine is the degree granting entity but graduate students can conduct their research not only at UMaine, but at other institutions, including Mount Desert Island Biological Laboratory and The Jackson Laboratory.

As with college students everywhere,” she says, the outbreak of the COVID pandemic has been “brutal.”

“I still can’t quite process why not everyone takes a data-driven approach to their decision-making with regards to masks and social contacts,” she said early in the pandemic. Her concern extended to her work as director of GSBSE, admitting that she has felt like a parent not only to her kids in high school and college but to the program’s 50 graduate students. Early on during the shutdown she made heroic efforts to develop a feeling of community for new graduate students who hadn’t yet developed a community in their new home. “I hope that one positive outcome is that people see the utility and elegance of science.”

GSBSE began a weekly resilience newsletter in which faculty and students offer advice for ways to cope. “The suggestions,” she says, “have been fantastic. I reported that I’ve done yoga daily for six months and it has been wonderful.” One faculty began offering zoom yoga classes while another shared how his lab is playing online games together once a week. Students began sharing the books they were reading and other self-care approaches. “Not surprisingly, many of us,” she explains from those early months of managing the pandemic, “have added new furry family members.”

Now, as we approach three years of living with the coronavirus, these early interventions continue even as they morph to meet new demands as we learn more about this singular time that has impacted higher education and research in devastating ways. Henry and her colleagues at the UMaine and the GSBSE program are not discouraged, and at least for her, she’s quick to recall her undergraduate days as a model for her moving forward. It turns out that she selected the U because of how close the campus is to world-class skiing. Location matters, and accessing outdoor recreation is key her holistic view of success in science.

“Similar to the U,” she says, “the University of Maine is surrounded by fantastic outdoor opportunities–only they are even closer here. U Maine is on an island in a river–so favorite summer activities include traveling just one-fourth mile to paddle.” As early as 2020, when pandemic uncertainty was at its zenith, her goal was to get her entire lab out on paddle boards.

During winters there is cross-country skiing followed by fat biking the amazing trails on campus during warmer weather. “I hope to show people that even if you are overweight, you can still be fit and strong and have lots of adventures.”

By paying it forward, Henry Clarissa and her faculty allies are “endeavoring to help students learn to explicitly focus on personal growth with the hope that these traits (mindfulness, grit, resilience) will also help students become better scientists.”

You can support undergraduate research at the School of Biological Sciences by making a scholarship donation. Click here.