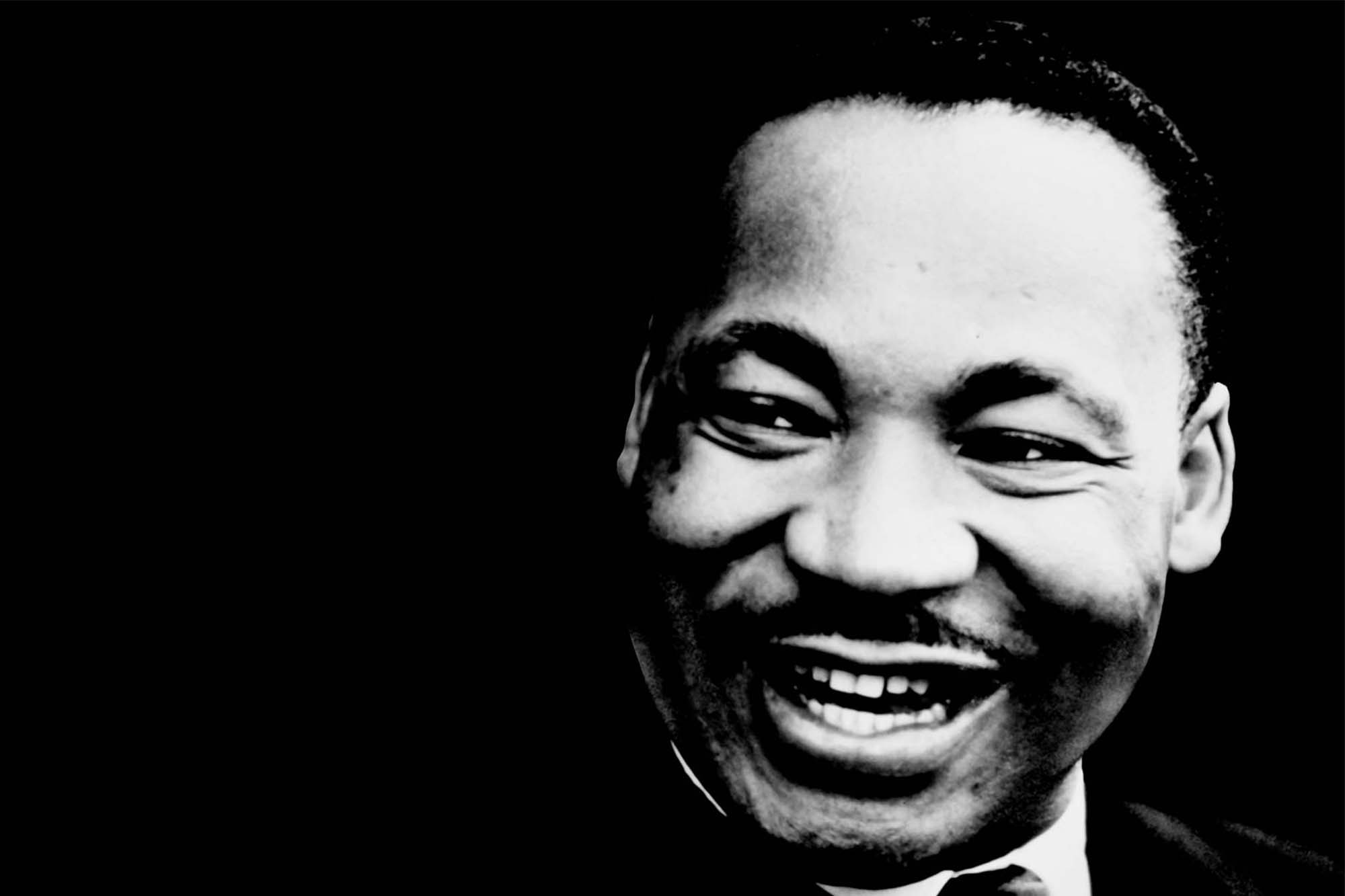 The University of Utah celebrated its 2022 Dr. Martin Luther King Jr. Week (MLK Week) Jan. 15-21 with events that encouraged everyone to embrace King’s message of love and justice and seek a better way forward. As the nation grapples with ongoing division, this year’s MLK Week explored the theme “Becoming the Beloved Community.” Events and conversations examined ways to bridge the divide and work together to achieve Dr. King’s vision of a just world where love, trust and peace prevail. The week began with a virtual day of service on Jan. 15 and ended on Jan. 21 with an inspiring keynote address by human rights activist and social entrepreneur Derreck Kayongo.

The next day, religious and community leaders remembered the life and legacy of a Salt Lake City educator and civil rights icon in a virtual conversation about Alberta Henry and Black life in Salt Lake City. The panelists spoke of how Henry’s advocacy epitomized the 25 traits of the Beloved Community, such as reconciliation and resolving conflict peacefully, avoiding physical aggression and verbal abuse and expressions of understanding, trust and love.

“Alberta Henry was known for those traits here in our community,” said France Davis, pastor emeritus of Calvary Baptist Church. “She was a lady of strong faith and put that to work to guide others to becoming the Beloved Community.”

As a tenacious and outspoken champion for the rights of women, African-American students, and all people of color, Henry pushed for educational equity and a school curriculum that included the history of Utah’s Black and indigenous communities. She also had a way of bringing together people and encouraging them to work through their disagreements.

“She was really good at listening to all sides and helping all parties to understand that we need to come to a resolution even if we don’t all agree,” said Kathleen Christy, retired assistant superintendent for equity and advocacy in the Salt Lake City School District. “I experienced that from her firsthand and I was blessed to see that skill.”

Henry was a role model and trailblazer who motivated others to reach their highest potential.

“She was an example of women fighting for the rights of women,” said Salt Lake County Justice Court Judge Shauna Graves-Robertson. “If it weren’t for Mrs. Henry, I would not be in the seat I have now.”

Later that day, celebrants gathered for the MLK Evening with the Arts at the Marriott Center for Dance. The event began with an art stroll in The Hayes Christensen Theatre lobby featuring works by visual artists Daney Lin and Erica Houston, followed by performances in the theatre by Spirit Machines, Wynter the Poet, and Bashaun Williams.

In Reframing the Conversation on Jan. 19, speakers shared their insights on “2045: Towards a More Diverse Future,” which is the year the U.S. Census projects that the United States will become majority-minority.

In looking ahead toward a more diverse future, King’s quote “The time is always right to do what’s right” came to mind for panelist Jordan Brown, a second-year medical student at the University of Utah School of Medicine.

“I don’t think at 2045 we will have arrived. It’s always a progression. I think we’re working towards something. I think that’s what this country is about,” 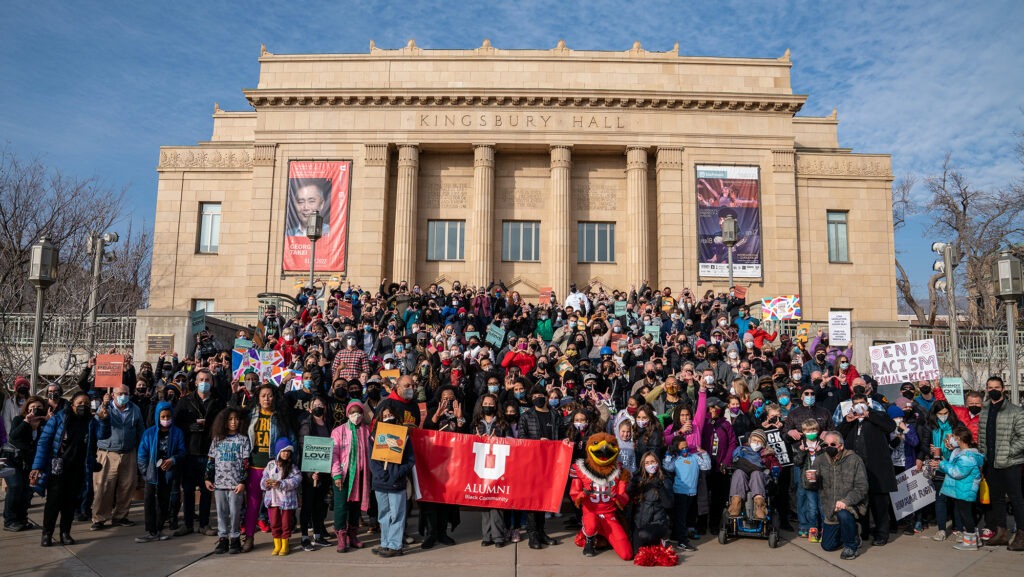 Brown said. “The changes we make now can exponentially affect change in the future for everyone.”

To move forward, people must make connections and build rapport with others, even if they disagree, said Olivia Jaramillo, director of public outreach for Equality Utah.

“What we’ve done at Equality Utah is build this 20-year relationship with the legislature. [Utah] is “literally leading the way when it comes to protections for the LGBTQ community,” Jaramillo said. “I think we’re always going to be divided by ideologies or whatnot. But we’re all supposed to be working toward progress, and that progress should be for everybody. And we should never let [political] parties or anything divide us.”

It’s also crucial that people learn how to engage in uncomfortable conversations, said Claudia Loayza, communications and community affairs coordinator for the State of Utah Division of Multicultural Affairs.

“We have to get comfortable with conflict and with uncomfortable conversations,” Loayza said. “In part of that learning process there’s also an unlearning process. It really requires self-reflection to understand what is limiting me from growing and trying to address the systemic issues that continue to persist.”

At the Jan. 21 culminating event, keynote speaker Kayongo celebrated King’s message by urging attendees to work together to live out America’s promise of equality for all.

Kayongo shared his journey from Ugandan refugee to successful entrepreneur. He is the former CEO of Atlanta’s National Center for Civil and Human Rights and founder of the Global Soap Project, a humanitarian aid organization that collects discarded and unused soap from thousands of hotels worldwide, reprocesses it, then distributes it populations around the world without access to basic hygiene products.

He got the idea after noticing how much soap is discarded in hotels. He noted that hotels throw away 800 million bars of soap annually. Realizing that two million children die each year from poor hygiene, recycling soap became a business opportunity and a way to solve a global problem. Kayongo encouraged university students to find their purpose in solving global problems. He used the acronym SELF to discuss how people can change the world through service, education, leadership and faith.

“What I’m trying to say to you today is that everything begins with you. The moral arc of the universe bends toward justice, but it doesn’t bend by itself. If we are to do this work together, we have to bend that work together,” Kayongo said. “It’s not just the African Americans who have to talk about justice in this country. It’s not just the Native community that we found here that has to do that work. We all have to do the work.”

People come from all over the world to try the American experiment, and pursue opportunities for a better life, he said.

“And so when we talk about MLK, we are talking about an agreement that everyone should be treated equally,” Kayongo said. “America was never built by one group of people. It’s all of us together. We are all here equally and we should all be availed the opportunity to grow and prosper, because if we do that then a Derreck is possible. A Derreck can come from Uganda and come to your best universities here and solve problems globally.”

This story was originally published in the U’s Equity, Diversity, and Inclusion blog here.