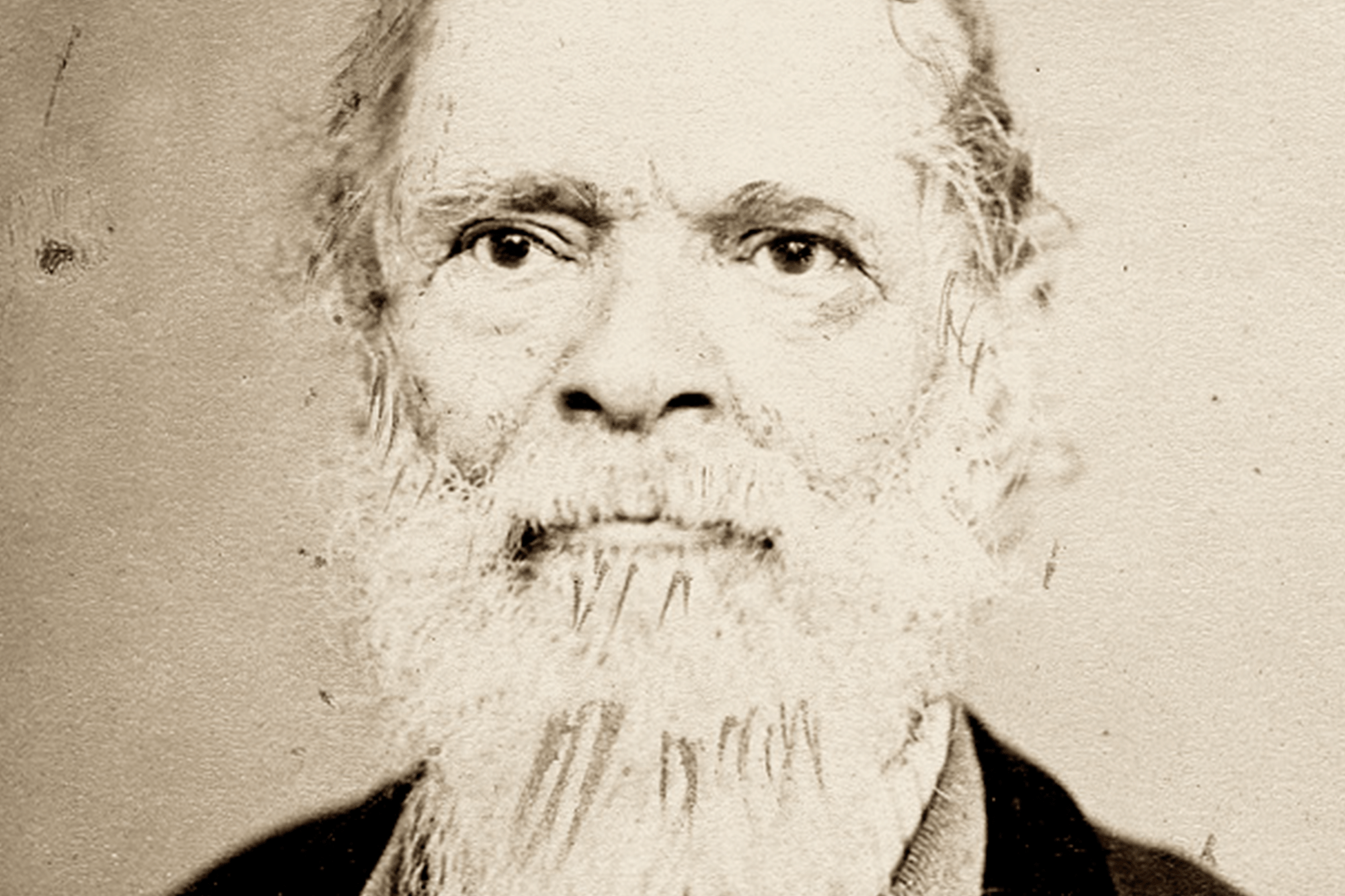 Today, Distinguished Alumnus George R. Riser BS’47, who passed away in Pennsylvania in June, would have been ninety-nine-years old. The news of his death was especially poignant, not only because Riser’s Endowed Scholarships have been a fixture (and of enormous financial help for undergraduates and graduate at the School of Biological Sciences) but because a long-term book project he’d been working on was closing in on publication.

Riser was able to approve the proofs of the book which is the historical diary of his great-grandfather Alexander Neibaur, but, unfortunately, he was never able to hold in his hands the bound copy of the diary of one of the most intriguing historical characters in the American West. Riser began the editing of this special edition in 1978.

A copy of the bound volume, published by the School of Biological Sciences, has been sent to Riser’s niece Claire, daughte of George’s late, older brother Nathan who, like his younger brother, also studied zoology at the U.

Following his graduation from the University of Utah, George Riser, who was born in 1923, became a physical chemist for the U.S. Department of Agriculture where he worked for 23 years.

In addition to the plants and animals he was able to study in biology, Riser also enjoyed singing. He studied with Richard P. Condie and Emma Lucy Gates, and, when Utah celebrated the 100th anniversary of the arrival of pioneers, one of the principal events was an original musical, telling the story of the Mormon migration to Utah beginning in 1847.

Titled “Promised Valley,” it was the result of a collaboration between Crawford Gates, who wrote the music, and Arnold Sundgaard, a successful Broadway author. The show was revived regularly in Salt Lake City and beyond, and in multiple languages abroad, for the next sixty years.

Riser had good reason to participate in a celebration of early Utah pioneer history as his ancestor was the first Jewish convert to Mormonism and the first dentist in the Utah Territory with notable patients that included Brigham Young. Neibaur’s diary is a well-known early document that details the pioneer journey west and the settling of Salt Lake City. Descended through Neibaur’s daughter Leah Lucille Neibaur Riser, George prepared his version of the famed diary, annotated to some degree but most importantly complete with all of the scribblings and notations of lists in the original, some of which is in Hebrew. The bound copy of the diary with a foreword and other collateral numbers 94 pages.

The School of Biological Sciences is not the only academic unit at the University of Utah to claim Dr. Neibaur. The School of Dentistry considers him the father of dentistry in Utah, and in part the inspiration for the training of new dentists which began at the U in 2013. In the lobby of the Ray & Tye Noorda Oral Health Sciences Building, where the school is housed, the history of dentistry is anchored by the acknowledgment of Neibaur as Utah’s first dentist.

Neibaur’s diary is flush with the enthusiasm of a convert to a new American-born religion. His own words tell the story, which of course is what Riser wanted to honor by re-publishing his great grand-father’s diary:

“Born of Jewish parents and educated in the Law of Moses to become a Rabbi at 14 years of age, I chose the profession of a dentist. Went to the University of Berlin at 17 years of age. Began to travel on the continent of Europe as a dentist in 1830. Went to England. Established myself in Preston, Lancs. Got married to Ellen Breetiel, an estimable young woman.

“Heard the Latter-Day Saints preach on June 4, 1837. Embraced the truth in opposition to all my friends. Passed in consequence through hardships and trials, yet my trust was in the God of Abraham.

“Emigrated in the first LDS company in the ship Sheffield by New Orleans to Nauvoo, Illinois. left the Liverpool harbor with my wife and three children February 7, 1841.

“In the fall of 1843 had the honor of instructing the Prophet Joseph Smith [founder of the Mormon faith] until he went to Carthage [where he and his brother were murdered], in German and Hebrew, from which text he preached several times to large congregations.

“Was in the battle of Nauvoo. Was driven out by the mob in September 1846, stayed in Iowa that winter. In the summer of 1847 went to Winter Quarters. In May 1848 started for the Rendezvous of the LDS at the Horn. Joined President Young’s Camp to travel to Salt Lake City. Got there September 24. Got a city lot. Myself and my oldest son Joseph made adobes for a house. Lived in a tent until the May following with my wife and 7 small children.

“Passed through all the trials and difficulties with my brethren, thanking the Lord, his spirit has sustained me. On December 14, 1860, my wife fell asleep in the Lord. A faithful servant, leaving myself, 4 sons, and 7 daughters and numerous family of grandchildren.

“I do not pen these lines, but for the gratification of my posterity, bearing to them and to all who may read these few lines my testimony that Joseph Smith was a prophet of the Lord. The things spoken on in the Bible and Book of Mormon and sealed with the blood of the martyr at Carthage jail, Illinois, are true. My prayer is that my posterity might work in the way of righteousness. amen.”

Writes Riser in the foreword of the book

“[P]revious copies [of the diary] made by Jess Riser and Clara Neibaur… were in modern idiom and some omissions and words not easily decipherable were omitted. These copies were made from the journal before the original was given to the LDS Church Historian’s Office in Salt Lake City. . . . There are no smiley faces, little pigs. Just junk on microfilm . . .  . The ledger pages and the Hebrew page, included here, were also omitted from the [earlier] Bassett Butt version. These pages have been placed at the end. A few words and letters are still not decipherable and have been shown as a question mark (?). Several Hebrew characters have been included, the meaning of which could not be determined as they translate as numbers. No entries were made for the year 1843 except those found on the ledger pages.

“I believe this [my version] is the most accurate copy of the journal in existence. I am still trying to determine what the words are that were not decipherable.”

You can read a PDF of Alexander Neibaur’s diary, newly-edited and annotated by his great-grandson George Riser, here.
The Riser Endowment provides scholarships for undergraduate and graduate students at the School of Biological Sciences. You can help grow this endowment from which scholarships are derived by donating here.