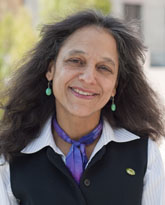 How do the diverse and abundant biota and the arboreal soils that they accumulate within the forest canopy interact with whole forests? I carry out research on many aspects of this central question in my long-term research sites in the tropical cloud forest of Monteverde, Costa Rica and the temperate rainforest of the Olympic Peninsula of Washington State. I am also interested in the effects of human activities such as climate change and forest conversion and fragmentation on forest canopy communities, particularly on ecosystem functions such as the interception and retention of water and nutrients, and on their provision of resources to vertebrate and invertebrate forest animals. I also wish to actively contribute to the dissemination of research to non-scientific audiences, particularly those who do not have access to traditional informal science education institutions. I wish to better understand how scientists themselves can be effective communicators to the public, and how carrying out broader impacts activities can be of benefit to both non-scientists and non-scientists in their understanding of the world. Currently, I have active public engagement and accompanying science of learning research programs to enhance the understanding of the scientific enterprise to urban youth, faith-based groups, and incarcerated men and women.