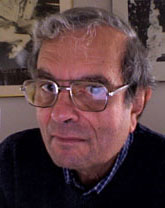 Most of my non-teaching effort during the last several years has been devoted to designing, building, and managing the Department's computing and network facilities (see http://www.biology.utah.edu/compfacs.php ). In the time left for research, I have pursued development of fluorescent dyes intended to identify particular neuron types in dissociated cell suspensions prepared for culture or other uses. The new dyes are designed to mark particular neuron types on the basis of properties that distinguish them while they are still in the organism and to remain with the cells during dissociation, regardless of other cell changes that might otherwise prevent unambiguous identification. Two sets of new reagents have been developed to this end -- a set of of fluorescent 'retrograde-transport' tracers, able to identify neurons based on their specific synaptic (i.e., output) targets (e.g., motoneurons innervating particular muscles), and a complementary new class of fluorescent dyes designed to accumulate selectively in neurons depolarized (e.g., 'activated' by particular inputs) in their presence and to be trapped within them permitting later detection. Parallel interests involve development of trapped dyes to mark living cells, or cellular organelles, on the basis of internal pH or specific enzymatic activities.