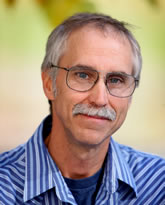 Research in my laboratory focuses on the structure, function, and evolution of the MAP215/Dis1 family of microtubule associated proteins. Genes and/or transcripts encoding MAP215/Dis1 orthologs have now been identified in >250 species, spanning the eukaryotic branch of the tree of life, indicating that the MAP215/Dis1 family traces its roots to the origin of eukaryotic cells. Studies conducted in a variety of model organisms, including Xenopus, indicate that MAP215/Dis1 proteins play critical roles in regulating the assembly and/or function of microtubules and mitotic spindles, key components of the division apparatus of eukaryotic cells. Two alternatively-spliced transcripts encoding XMAP215, the Xenopus MAP215/Dis1 family member, are expressed during Xenopus development. The two XMAP215 proteins differ in the presence (XMAP215M) or absence (XMAP215Z) of a 36 amino acid sequence called insert 2 (ins2). XMAP215M (w/ ins2) is expressed during oogenesis and present through early gastrulation, while XMAP215Z (w/o ins2) is expressed from gastrulation onward. Ins2 includes a predicted target for the cell cycle kinase CDK1, and fully half (11 of 22) of the phosphorylation sites identified in XMAP215 isolated from frog eggs by mass spectroscopy fall within ins2. These observations suggest that ins2 plays an role or roles in regulating XMAP215 activity during the rapid cells cycles of early Xenopus development. Surprisingly, the single exon encoding ins2 is absent from the MAP215 genes of teleost fishes (zebra fish, stickleback, and pufferfish) and mammals (monotremes, marsupials, and eutherians). The discovery of a sequences encoding ins2 in the MAP215 gene of chickens, and confirmation that the chicken ins2 exon is expressed in mRNA, indicate that splicing of MAP215 transcripts to produce M- and Z-forms of MAP215 originated in a common ancestor of terrestrial vertebrates, and has secondarily been lost in mammals. To test this hypothesis, we amplified and sequenced ins2-containing transcripts and gene fragments from more than dozen vertebrate species, from sharks to reptiles. Our results suggest that the ins2 exon first arose in MAP215 genes of primitive ray-finned fish. Lastly, we are using GFP-tagged XMAP215 fragments bearing site-directed mutations in the phosphorylation sites identified by mass spectroscopy to investigate the role of phosphorylation in regulating the association of XMAP215 with microtubules and microtubule-organizing centers in Xenopus tissue culture (XTC) cells, oocytes, and embryos.