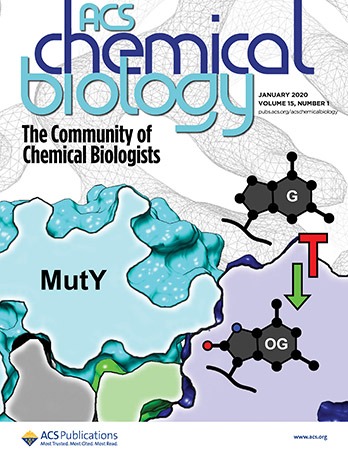 In a new paper, Associate Professor Martin Horvath, et al, indicates that while DNA damage is inevitable, there are repair enzymes like MutY that find and remove the damage before it becomes a bigger problem leading to cancer, especially in the colon. It does this by preventing mutations in DNA by finding OG:Ab basepairs and removing the A base. “Our work,” says Horvath “shows that the central mission of finding OG:A basepairs in an ocean of normal DNA relies on a 3-residue loop in one domain of MutY.” These 3 residues are well conserved through evolution and spell FiSH (the i is not really part of the loop, but makes for an easy-to-remember word). The central S (Ser) residue in the study, for example, changed its position when damaged OG was replaced by normal G, as revealed by X-ray crystallography, the science that determines the atomic and molecular structure of a protein. “When we made changes to two or more of these FiSH residues, mutation rates increased in cells, and MutY bound to DNA more weakly, removed A from OG:A basepairs more slowly, and failed to tell apart OG:A (authentic substrate) and G:A (offtarget decoy).” The importance of these discoveries is that they can guide the design of cancer cell-killing drugs. Normally, MutY function is essential for preventing cancer. Some cancers, such as pancreatic, arise from failure in one DNA repair pathway and are therefore completely reliant on the remaining DNA repair mechanisms involving MutY. In such cases, small molecules that bind and interfere with the FiSH loop can disable MutY and push the cancer cells “over the edge.” The paper has been accepted for publication in the journal ACS Chem Biology.

The adenine glycosylase MutY selectively initiates repair of OG:A lesions and, by comparison, avoids G:A mispairs. The ability to distinguish these closely related substrates relies on the C-terminal domain of MutY, which structurally resembles MutT. To understand the mechanism for substrate specificity, we crystallized MutY in complex with DNA containing G across from the high-affinity azaribose transition state analogue. Our structure shows that G is accommodated by the OG site and highlights the role of a serine residue in OG versus G discrimination. The functional significance of Ser308 and its neighboring residues was evaluated by mutational analysis, revealing the critical importance of a β loop in the Cterminal domain for mutation suppression in cells, and biochemical performance in vitro. This loop comprising residues Phe307, Ser308, and His309 (Geobacillus stearothermophilus sequence positions) is conserved in MutY but absent in MutT and other DNA repair enzymes and may therefore serve as a MutY-specific target exploitable by chemical biological probes.