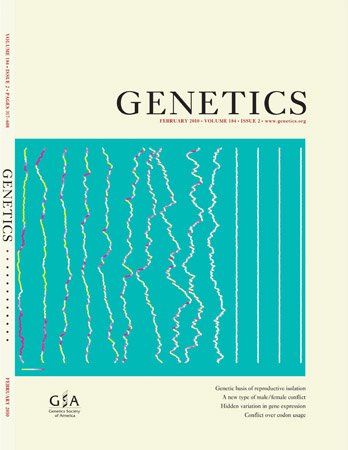 Mutations that only very slightly degrade an individual’s fitness can increase in abundance and even drift to fixation within a species, because they behave almost as if they were neutral.Although each such mutation does little harm, large numbers of them could, collectively, cause a lot of damage. Mathematical models of this process suggest that it should tend to “warp” the gene trees (genealogies) of mitochondrial genomes in three distinctive ways, and with large(cont.)effects on the sizes and shapes of the resulting genealogies. The mitochondria of “whale lice” (small crustaceans that spend their entire lives on right whales) provide an ideal test of these theoretical predictions, and all three are confirmed.

Neutral nucleotide diversity does not scale with population size as expected,and this “paradox of variation” is especially severe for animal mitochondria. Adaptive selective sweeps are often proposed as a major cause, but a plausible alternative is a selection against large numbers of weakly deleterious mutations subject to Hill–Robertson interference. The mitochondrial genealogies of several species of whale lice (Amphipoda: Cyamus) are consistently too short relative to (cont.) neutral-theory expectations and they are also distorted in shape (branch-length proportions) and topology (relative sister-clade sizes). This pattern is not easily explained by adaptive sweeps or demographic history, but it can be reproduced in models of interference among forward and back mutations at large numbers of sites on a nonrecombining chromosome. A coalescent simulation algorithm was used to study this model over a wide range of parameter values. The genealogical distortions are all maximized when the selection coefficients are of critical intermediate sizes, such that Muller's ratchet begins to turn. In this regime, linked neutral nucleotide diversity becomes nearly insensitive toN. Mutations of this size dominate the dynamics even if there are also large numbers of more strongly and more weakly selected sites in the genome. A genealogical perspective on Hill–Robertson interference leads directly to a generalized background-selection model in which the effective population size is progressively reduced going back in time from the present