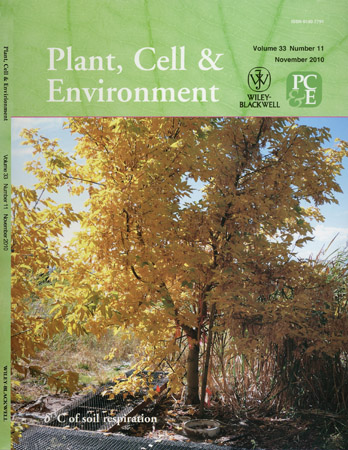 Stable isotopes of carbon (C) are variations of the elementthat do not radioactively change (as radiocarbon does).These isotopes can be used toexamine biological, chemical, and physical processes associated with C cycling.In this study, we used C isotopes to examine production of carbon dioxide in the soil by the roots of box elder trees and by microorganisms that live in the soil.We found that the physical process of diffusion was important in interpreting results, something that had been ignored in earlier uses of these methods by biologists.This work highlighted the need to consider both physical and biological processes when examining daily and seasonal variation in soil carbon cycling