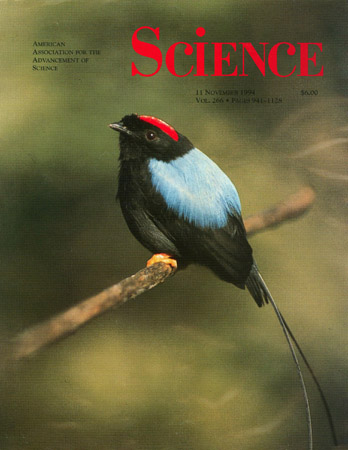 “Cooperative display and relatedness among males in a lek-mating bird.”

Long-tailed manakins mate in leks and cooperate in multiyear male-male partnerships. An alpha male is responsible for virtually all mating, whereas a beta male assists in the courtship displays. Such altruism by the beta male poses a problem for evolutionary theory because most theoretical treatments and empirical examples of cooperative behavior involve kin selection or reciprocity. Here it is shown that alpha and beta partners are not relatives and that reciprocity is not involved. Instead, direct, though long-delayed benefits to beta males are demonstrated, which include rare copulations, ascension to alpha status, and female lek fidelity. These benefits maintain this unusual form of male-male cooperation.