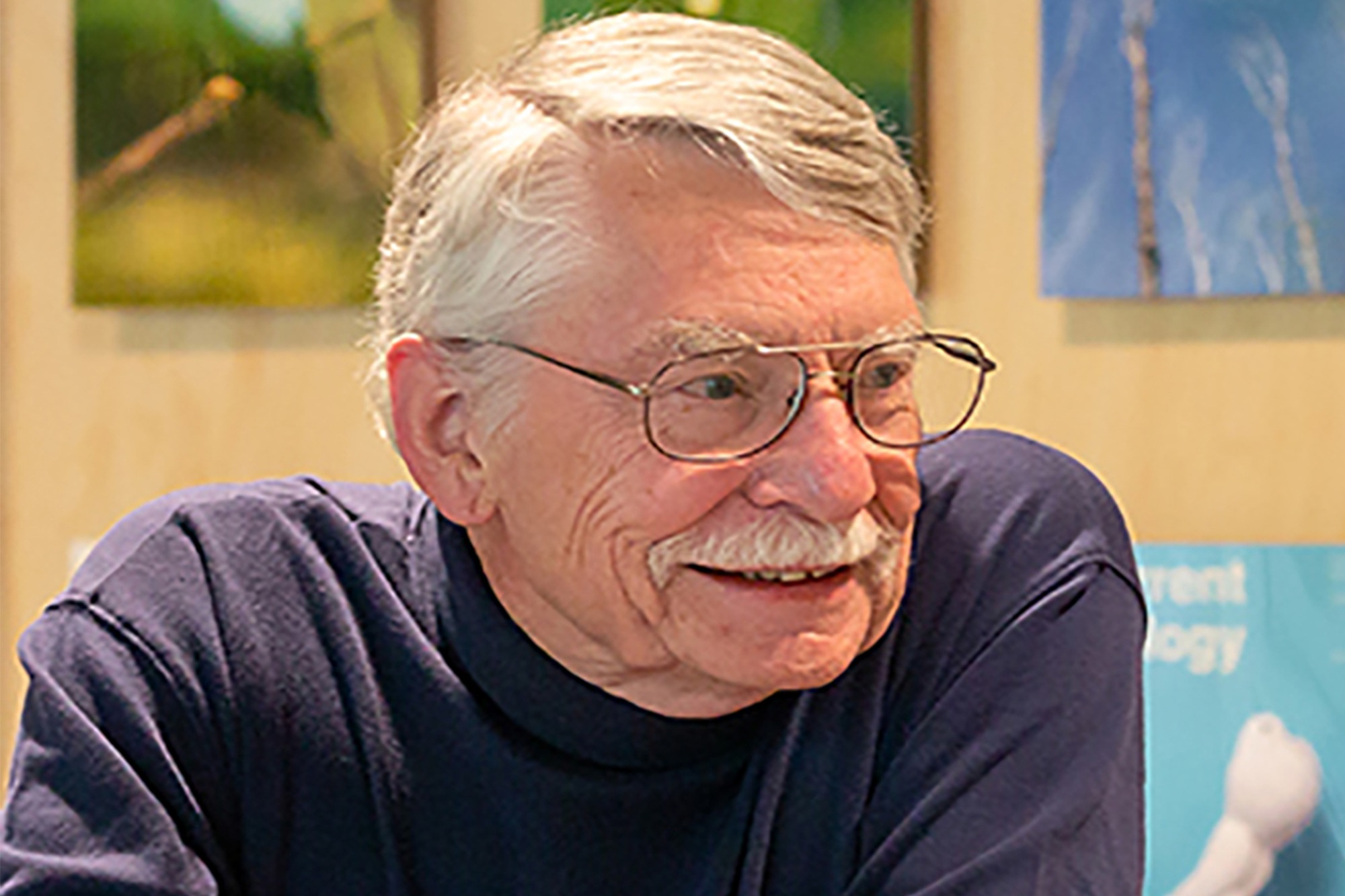 December 9, 2019 – University of Utah professors John S. Parkinson of the School of Biological Sciences and Marc D. Porter of the Departments of Chemistry and Chemical Engineering are among the 443 newly elected fellows of the American Association for the Advancement of Science (AAAS). Election as a fellow is an honor bestowed upon AAAS members by their peers.

AAAS members were awarded this honor because of their scientifically or socially distinguished efforts to advance science or its applications. Parkinson and Porter join 128 other fellows either currently or formerly affiliated with the U, including Nobel laureate Mario Capecchi and Senior Vice President for Academic Affairs Dan Reed. The U’s first fellow was geologist and former university president James Talmage, elected in 1906.

New fellows will be presented with a gold and blue (representing science and engineering, respectively) rosette pin on Feb. 15, 2020, during the 2020 AAAS Annual Meeting in Seattle. This year’s AAAS Fellows were formally announced in the journal Science on Nov. 29, 2019.

Distinguished professor Parkinson was elected for “distinguished contributions to the field of molecular microbiology, particularly using genetic and in vivo analyses to study bacterial chemotaxis, behavior and signal transduction.” Bacteria can sense and track chemical gradients in their environment with extreme precision, a behavior known as chemotaxis. Parkinson’s lab studies this behavior in E. coli to understand the molecular machinery that allows the bacterial cells to navigate and process their chemical environment.

“My election as an AAAS fellow is, indeed, a greatly appreciated honor,” said Parkinson. “We’ve discovered mechanisms and general principles never imagined at the outset of our work.  Yet, there are signaling mysteries still unsolved. My group hopes to learn more molecular answers in the years to come.”

Porter was elected for “distinguished contributions to the chemistry and physics of self-assembled monolayers and their application as nanotechnological constructs for the ultralow detection of infectious diseases and cancer.” His research team focuses on minuscule “biosensors to detect pancreatic cancer and other diseases in which early detection reduces motility rates,” according to his website.

“I’m honored and indeed humbled by this election,” Porter said.

The tradition of AAAS Fellows began in 1874. Currently, members can be considered for the rank of fellow if nominated by the steering groups of the association’s 24 sections, or by any three fellows who are current AAAS members (so long as two of the three sponsors are not affiliated with the nominee’s institution), or by the AAAS chief executive officer. Fellows must have been continuous members of AAAS for four years by the end of the calendar year in which they are elected. AAAS Fellow’s lifetime honor comes with an expectation that recipients maintain the highest standards of professional ethics and scientific integrity.

Each steering group reviews the nominations of individuals within its respective section and a final list is forwarded to the AAAS Council, which votes on the aggregate list.

You can read a story about Parkinson’s Research Associate, Caralyn Flack here.