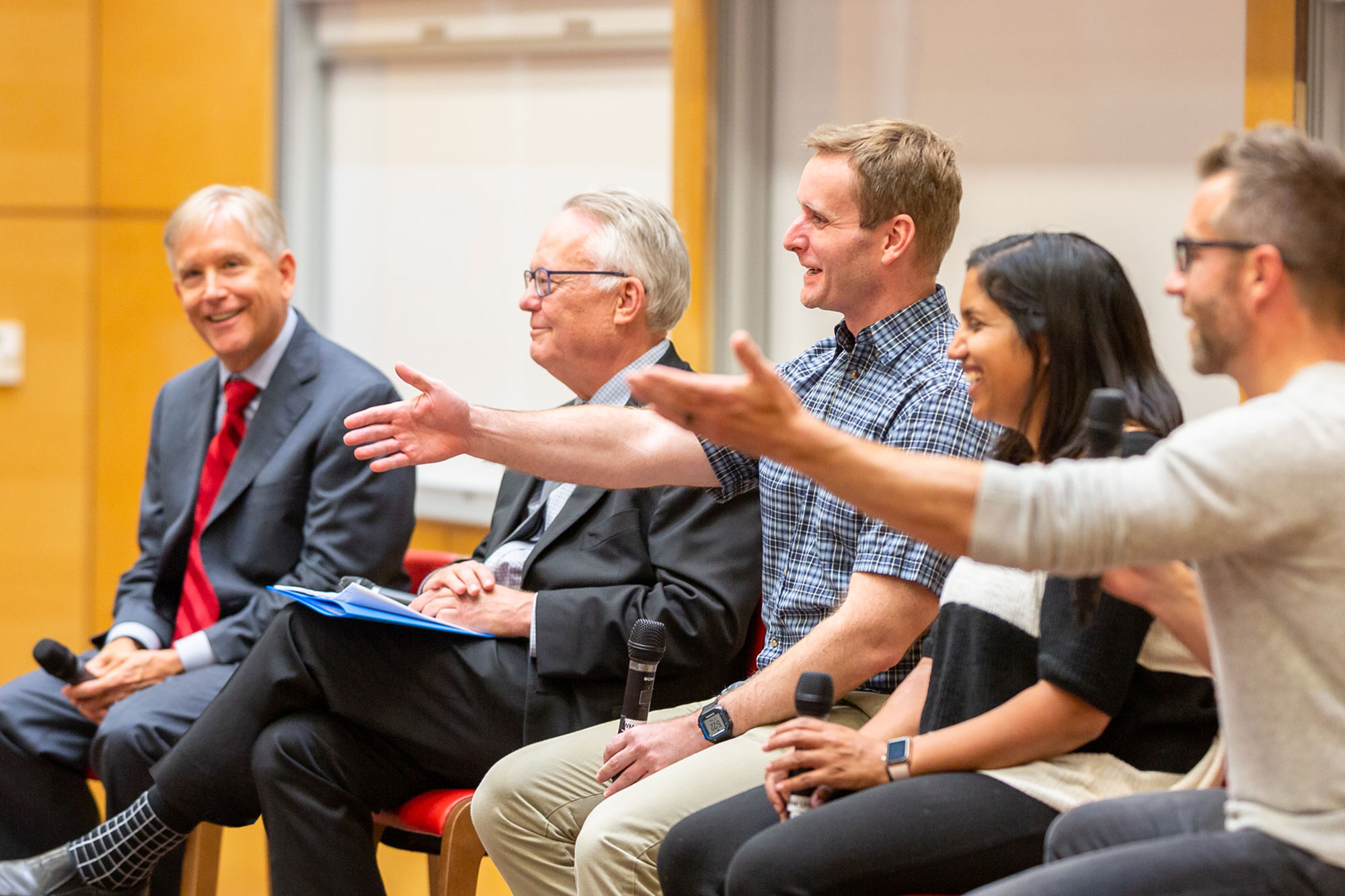 Homecoming 2019 brought a number of alumni and friends back to the U this September. Before the tailgating and the football, the College of Science fielded an All-Star game of their own. The Frontiers of Science Distinguished Alumni Panel, held September 27, featured five science alumni currently working in cutting-edge science and technology.

Doon Gibbs, BS’77 Mathematics and Physics, currently the Director of Brookhaven National Laboratory in Upton, New York. Brookhaven is a multi-program U.S. Department of Energy laboratory with nearly 3,000 employees, more than 4,000 facility users each year, and an annual budget of about $600 million.

Dylan Zwick, PhD’14 Mathematics, Co-Founder and CPO of Pulse Labs, a startup company working to provide testing and analytics for developers working in the voice app industry. Pulse Labs was one of nine companies chosen for the “Alexa Accelerator,” Amazon’s first startup accelerator.

Ryan Watts, BS’00 Biology, CEO and Co-Founder of Denali Therapeutics, a biotechnology company focused on treatments and cures for neurodegenerative illnesses, such as Alzheimer’s and Parkinson’s disease.

Dean Peter Trapa acted as moderator for the evening. The mood was warm and friendly and surprisingly personal at times. The panel brought a huge range of diverse experiences to the discussion while consistently crediting their scientific education and research training as key to their success.