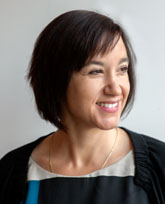 Sylvia Torti is a biologist and writer. Her graduate work in tropical biology on monodominant forests placed her in the midst of two civil wars�Mexico and Democratic Republic of Congo. Her first novel, The Scorpion�s Tail, set in Mexico during the Zapatista Rebellion of 1994, is a manifestation of her experiences during the Rebellion and her reflections on the relationship between the U.S. and Mexico and humans and the natural world. Her stories and essays have been published in SEED: Science is Culture, Wasatch Journal, City Weekly, and River City and the edited volume, Are We Feeling Better Yet? She is a Adjunct Associate Professor in the Department of Biology.